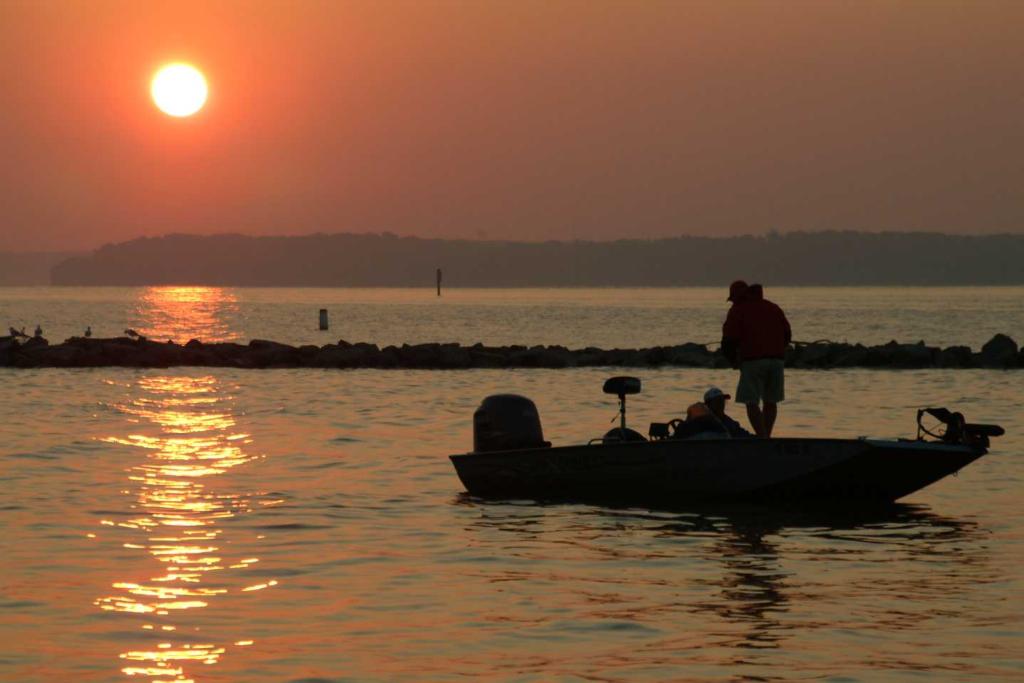 WOODBRIDGE, Va. – Local pro Michael Hall of Annandale, Va., leads EverStart Series Northeast Division competition with more than 17 1/2 pounds heading into the second half of the opening round at the Potomac River, but it won’t take even close to that much weight Thursday to make the cut.

Warm late-summer conditions have really shut down the bass bite, by Potomac River standards, this week. Hall’s leading weight was an anomaly on day one: Third-place Peter Herbst was more than 3 pounds behind him, 10th-place Rick Morris had a little more than 13 pounds, and even the pros who caught just 10 pounds are still in contention to make the cut.

This is a far cry from what Wal-Mart FLW Tour pros experienced at this same waterway in June. Two months ago, the pros needed around 15 pounds a day just to make the cut. Not so this week. The difference seems to be an onslaught of vegetation on the Potomac spurred by lots of sun in recent weeks. And it’s not the good kind of vegetation, at least as far as bass anglers are concerned.

“I don’t know what it is. It’s like a sea grass or something, because there are crabs and things all over it. It’s just all over the place in thick clumps,” said pro J.T. Kenney, a longtime Potomac River angler from Frostburg, Md., who is in 20th place after day one with a weight of 10 pounds, 14 ounces.

The grass seems to be hampering many anglers’ efforts to get their baits down to the bass, which has thinned the catch rate significantly. By contrast, two months ago many FLW anglers expressed concern that there wasn’t enough grass on the Potomac to suit their fishing.

Thursday’s conditions should be a carbon copy of what anglers saw Wednesday with lots of sun and temperatures rising toward 90 degrees, so don’t expect much to change. That means the pro cut weight should hover around 22 to 24 pounds with lots of people in contention to make it. Scores of pros are bunched up tight in the 8- to 12-pound range at the moment, so don’t be surprised if some major reshuffling goes on atop the leaderboard.

The co-anglers will do well just to scratch out a limit. They’re probably staring at a cut weight around 12 pounds or so.

Both divisions will be cut to the top 10 anglers apiece following Thursday’s fishing based on two-day, opening-round total weight. Day-two weigh-in festivities begin at 3 p.m. Eastern time at Leesylvania State Park in Woodbridge.