The legend takes the lake 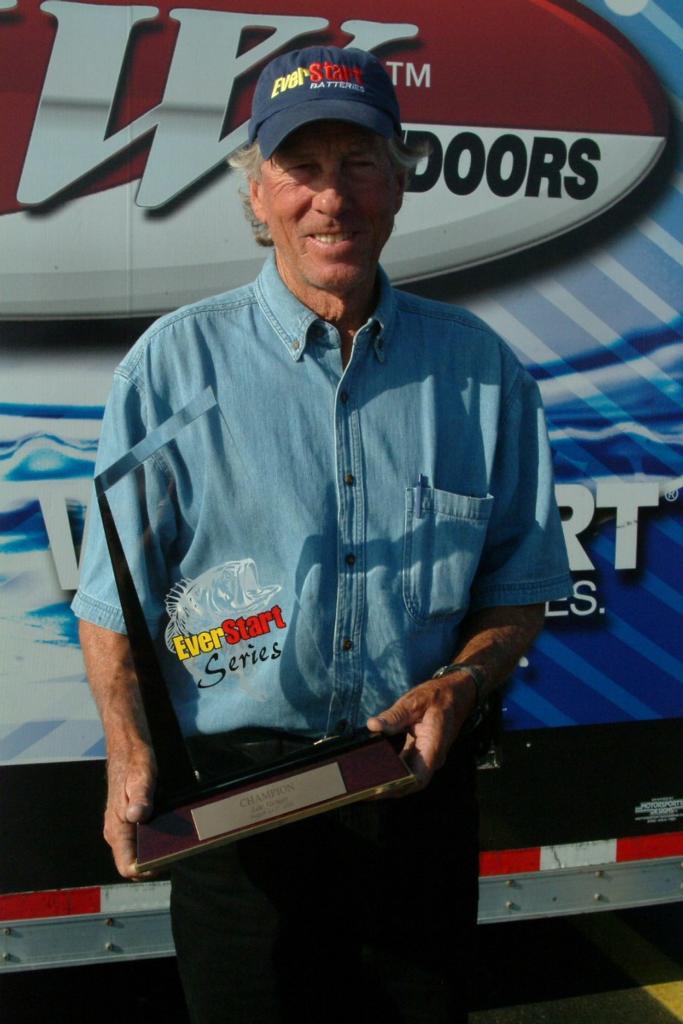 ESCANABA, Mich. – When David Gliebe brought in the tournament’s heaviest stringer Friday at 22 pounds, 4 ounces, he established a 2-pound, 14-ounce lead and made it seemingly impossible for anyone to catch him.

But as it always is in professional bass fishing, no lead is safe, and troubling Gliebe’s mind was the fact that he was having a tough time getting a limit in the boat. He knew his area was teeming with bass, but what he didn’t know was whether he could get five to bite. And even if he did, the light line he was forced to use might not be strong enough to actually get them in the boat.

In the end, though, the veteran Gliebe prevailed, bringing in another limit of bass on day four, this time weighing in at 20 pounds, 10 ounces, to bring his two-day total to an astounding 42 pounds, 14 ounces and earning him $8,200 cash plus a Ranger boat – the 49th boat he has won over the course of his illustrious career. 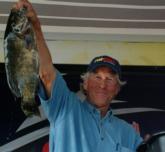 Though it was never a sure thing, it seemed only natural that Gliebe would take home the trophy, as the Benton, Ky., pro formerly of Stockton, Calif., has quite a resume, including the fact that he can lay claim to co-inventing the pitching and flipping techniques in addition to scoring legions of tournament wins. He earned his first EverStart victory on a spot he found in practice, and even his practice time was punctuated with a typical West Coast laid-back attitude.

“I played golf two of the days I was here to prefish,” he said. “It was so windy, I didn’t want to beat myself up.”

It didn’t matter. In eight days of largely unproductive prefishing, Gliebe stumbled upon an underwater point he described as the length of a football field. That spot held enough fish to last Gliebe for four days, and a productive four days they were.

On day one, he boated only four bass, but those four weighed 16 pounds, 12 ounces and put him in ninth place heading into day two, when he caught four more worth 14 pounds, 14 ounces to end the opening round in fifth place with 31-10.

The limits started coming on day three, when his 22-pound, 4-ounce catch set the mark to beat on the pro side.

“We stuck a total of 57 fish on the island, but we didn’t land them all,” he said of his and his co-anglers’ success on the sweet spot. “The island’s the size of this parking lot, and I only fished a tenth of it.”

The prolific island was located about 20 miles south of the launch site at Escanaba Harbor, and he said the fish were on the protected side of the wind in a 300-yard stretch.

“The fish kept moving in and out, so it was a matter of going in and out, back and forth,” he said. “The river channel swept across one part of it, so they had deep-water access.”

That deep water, Gliebe said, was the reason why the fish in his hole averaged at about 4 pounds each, as opposed to the more prevalent 3-pound average. But figuring them out was no easy task, which explains why his final-round numbers were better than his opening-round figures.

“The first two days I didn’t quite understand what I was fishing,” he said. “They were nitpicky. Did they move in? Did they move out? I had to chase them down the island.”

Many pros milked Washington Island for fat sacks of bass this week, and Gliebe’s area was close by, situated across from Washington. He caught his bass on a flipping stick with 12-pound-test line the first three days.

“Today I dropped 8-pound-test to make sure I got five bites,” he said. “I culled two fish today, which is the best I’ve done. I’ve done a little better each day.”

Like the vast majority of the final 10 pros, Gliebe caught his bass using green-pumpkin tubes. His were rigged on 3/8-ounce or 1/4-ounce jigheads. This was his first EverStart Series victory.

The first three slots of the leaderboard remained unchanged from days three to four, and St. Charles, Ill., pro Richard Lowitzki kept his second-place spot with five bass today weighing 17 pounds, 15 ounces that brought his two-day total to 37 pounds, 5 ounces. He earned $8,200 for his runner-up finish.

“Dave, I had no idea you were such a celebrity,” Lowitzki said on stage to Gliebe. “Hopefully I’ll be successful like Dave one day.”

Lowitzki has already experienced quite a bit of success, particulary as a co-angler on the Wal-Mart FLW Tour. He caught the tour’s heaviest bass of the season in 2005, but this week marked his first appearance on the EverStart top-10 list.

“The first two days I really struggled,” Lowitzki said. “I lost a lot of good, quality fish, and I didn’t execute. Yesterday I made an adjustment, and you saw what happened.”

Indeed, Lowitzki’s day-three limit weighing 19-6 was his tournament best, but he stopped fishing at noon that day to allow his co-angler and his friend Robert Sherry access to the hot spot – a decision that could have cost him a victory.

“If I’d have not quit yesterday, I could have won, but I thought I was managing my fish,” he said. “I just went out and did everything I could. I fished really, really hard; I just didn’t get the big bites.”

Taylor takes third, moves up to second in points

Rick Taylor of Holland, Mich., caught a two-day total of 32 pounds, 3 ounces to earn third place and $7,800, and he also put himself in contention for an Angler of the Year title by moving up to second place in the Northern Division points standings.

“I got to my first spot this morning, and there was no water on it,” Taylor said. “A strong wind blew the water out of the bay. I went four hours and had only two fish, and I caught a 3 1/2-pounder in the last two minutes.”

Taylor’s bait of choice this week was a chartreuse Bumper Stumper spinnerbait rigged with 3/8- and 1/4-ounce weights. He relied on sunshine to catch his fish and as such had trouble with this morning’s rainy, overcast skies.

“This morning when it was dark, they wouldn’t touch (the spinnerbait),” he said. “The sun came out, and they started chasing it.”

Taylor made a 38-mile run to shallow rock shoals to find his bass.

Sherry, Dobson round out top five

Finishing fourth and earning $7,300 was Robert Sherry of St. Charles, Ill., who caught five bass on day four weighing 16-5 for a two-day total of 28 pounds, 12 ounces. He caught his bass in clear water on rock piles with tube baits, using 8- to 10-pound-test line.

Clarkston, Mich., pro Scott Dobson took fifth place and $6,800 with a two-day total of nine bass that weighed 28 pounds, 12 ounces, including his day-four catch of five bass weighing 17 pounds, 10 ounces. He caught the majority of his bass on a hard jerkbait.

Rounding out the top 10 pros on Lake Michigan:

The next EverStart Series event is a Northeast Division contest on Lake Champlain near Plattsburgh, N.Y., Sept. 14-17.

The next Northern Division tournament will be the fourth and final event of the regular season, held on the Detroit River near Trenton, Mich., Sept. 21-24.