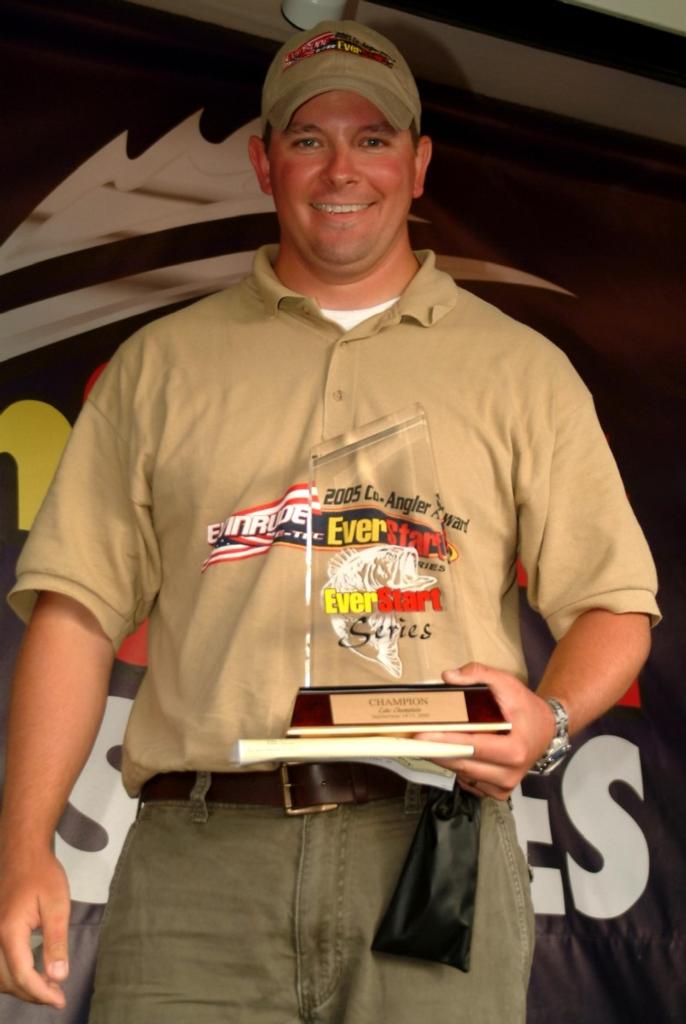 “The past four days, I’ve probably caught more weight in bass than I have over the past two or three seasons put together,” Sherwood said. “It’s kind of overwhelming.”

Fishing with pro Jacob Powroznik Saturday, Sherwood struggled early but found his groove and mined a deep rock pile to fill out his limit with quality smallmouth bass later in the day.

“Today, we were fishing in 30 feet of water. I was throwing a Carolina-rigged lizard with a ¾-ounce lead weight. I was using a 16-inch leader in the grass and going to a 12-inch leader on rock,” he said. “I was just trying to keep it as slow as I could and drag it. I didn’t throw the Carolina rig until the end of the day. When I caught the big one, we stuck with that for the remainder of the day.”

A 31-year-old fourth-grade teacher, Sherwood initially planned to skip this tournament, the last Northeast event of the year, since the school year started several weeks ago.

“A friend of mine talked me into coming, and I’m glad he did,” said Sherwood, who collected $4,850 for the victory. “I was lucky to get these few days off.”

“I saw probably 20 more fish than I caught today,” he said. “This lake is loaded. It is an absolutely factory.”

Bobbie Barfield of Spring Grove, Va., rounded out the top five co-angler finishers with a 10-bass weight of 27 pounds, 10 ounces. He collected $1,860.

Rounding out the top 10 Co-angler Division finishers at Lake Champlain:

The next EverStart Series event is the final regular-season tournament of the year. It’s the Northern Division closer on the Detroit River at Trenton, Mich., Sept. 21-24.

The EverStart Series Championship will be held on Pickwick Lake at Florence, Ala., Nov. 2-5.