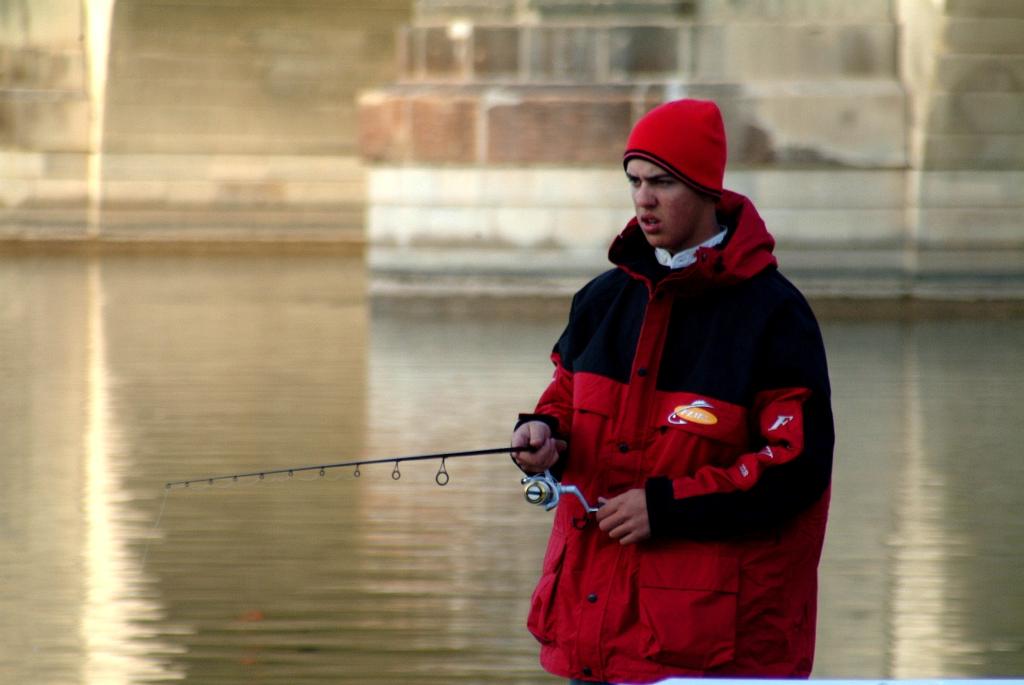 LAKE HAVASU CITY, Ariz. – At a glance, it doesn’t seem like much. But the 1-pound, 10-ounce lead that Stren Series rookie pro John Billheimer Jr. established over Jimmy Reese in Friday’s first half of the Western Division final round is a ton.

Competitive fishing doesn’t get a whole lot tougher than what the semifinalists experienced today. The sun was high in the sky over the desert impoundment, the fish are still touchy, and Lake Havasu just wasn’t cutting anybody any slack. It’s not that this lake can’t produce fish, either; two years ago, when this tournament was held in March, Havasu coughed up largemouths and smallmouths in a downright Champlainesque manner. This week, and especially Friday, it behaved much more like its stingy neighbor up the Colorado River, Lake Mead. Just two limits crossed the scale, and anything caught today that weighed more than 3 pounds was almost worth a wall mount.

That’s why the four-bass catch weighing 11 pounds, 7 ounces brought in by Billheimer was such a feat. Making it even more remarkable, the rookie pro from Discovery Bay, Calif., is just 16 years old and is fishing in his first-ever Stren Series tournament.

“I’m nervous, dude,” he said. “And I was really nervous onstage.”

Fortunately for the young gun, it’s not the stage that counts. No secret to anyone wandering around the trails near downtown Lake Havasu City is Billheimer’s fishing area. All day, snowbirds and commuters alike could have seen the young pro confidently working his crankbait beneath the famed London Bridge. He has spent all week in the canal working the docks, bridge pylons and sandy bottom in search of the few, but substantial, largemouth bites that led him into the day-three lead. 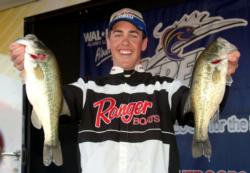 “I only had four bites today and I got them all,” he said. “I’ve caught all of my fish on crankbaits. I’ve only been getting two, three or four bites a day, but they’ve all been good fish.”

And while nerves were the order of the afternoon, they belied a certain confidence that Billheimer has about his fishing pattern. While many top pros are fishing jigs or plastics among tules or down deep, the leader might just be onto something big with his crankbaits in the little canal.

“It’s a timing thing. I would catch, like, one or two at a time. Then it shuts down,” he said. “But when I was catching these crankbait fish, there would be four or five more right behind them. I think they’re just a bunch of fish, moving up, getting ready to spawn.”

That in mind, Billheimer plans to head right back to his post beneath the bridge Saturday morning in hopes of becoming the first 16-year-old Stren Series pro champion.

“I’m going to stick to the same stuff,” he said. “I don’t have anything else to go to, so I really couldn’t change if I wanted to.”

Billheimer has his hands full, however, in second-place pro Reese. The angler out of Witter Springs, Calif., has been catching consistent sacks in the 10-pound range all week. And, hailing from bass-fishing family – he’s the brother of tour pro Skeet Reese – he’s no stranger to tournament gamesmanship.

“I fished with John a couple of months ago, and he’s a really good fisherman,” Reese said. “Unfortunately, tonight he’s not going to get any sleep.”

“I changed up a little bit because I wanted to work faster, cover more water,” he said. “I’ve kind of been stuck on a four-fish limit thing that goes back to Clear Lake (last year). But it seems like if you get bit, there are more there.” 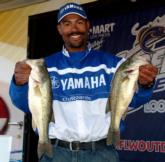 If Reese wasn’t enough to jangle the leader’s nerves, he has to worry about Aaron Coleman of Oakland, Calif., who led the opening round. Landing one of the two limits caught Friday, Coleman’s weight of 9 pounds, 7 ounces has him in third place, 2 pounds behind Billheimer.

Coleman is the only angler to catch limits all three days of the tournament so far.

“I basically have two locations with humungous schools that are upriver,” he said, “but the river has dropped, and I couldn’t get into my backwater today.”

Also forced to change patterns, Coleman said he caught all five of his largemouth bites today on reaction baits. He had been flipping jigs earlier in the week.

Clement is the elder half of the Clement family story unfolding here this week. His son, Kyle, also qualified for the final round, in ninth place, on the co-angler side.

“The thing for me is, I’ve been fishing for a long time,” he said. “Now my son’s fishing and schooling me sometimes, so I was so happy when we both made the cut.”

“Today was a gamble,” he said. “I ran back up the river to try and find some reaction fish, and they were there.”

Rounding out the top 10 pros fishing in Saturday’s finals at Lake Havasu:

Reaping the rewards of fishing with Billheimer was Terrence Rath of Lake Havasu City, who leads the Co-angler Division. Like three other co-anglers, Rath mustered just two bass, but his were the biggest at a collective 5 pounds, 13 ounces.

“I think I’m more nervous than John,” Rath said. “But, definitely, execution is the key. You just can’t miss any fish.”

Also catching two for 4-1 was Lewis Southard of Chandler, Ariz., but he placed fourth by tiebreaker.

Sliding into the fifth position was former Stren Co-angler of the Year Jim Wickham of Morristown, Ariz. He caught one decent smallmouth weighing 3 pounds, 14 ounces.

Day four of Western Division competition at Lake Havasu begins as the final-round field of 10 boats takes off from Lake Havasu State Park at 7:30 a.m. Mountain time Saturday. Friday’s weights carry over to Saturday, and each division’s winner will be determined by two-day combined weight.