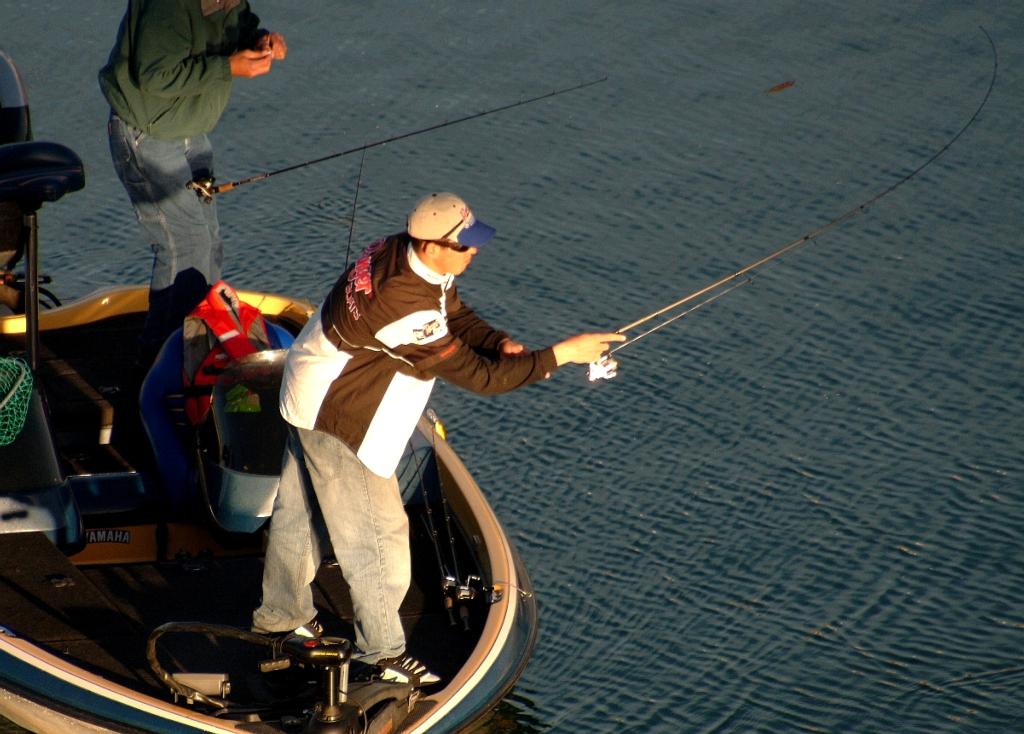 LAKE HAVASU CITY, Ariz. – In a gripping showdown that pitted youth against experience at one of the toughest fishing tournaments in recent memory, 16-year-old John Billheimer Jr. of Discovery Bay, Calif., became the youngest-ever Stren Series pro champion by catching 19 pounds, 12 ounces in the final round of the Western Division season opener at Lake Havasu.

The last two days, the young gun owned this event. Billheimer established an almost 2-pound lead over the rest of the Pro Division Friday with a four-bass catch of 11 pounds, 7 ounces. On Saturday, he went out and caught the heaviest sack of the day once again – three bass weighing 8-5 – winning over second-place Patrick Clement by almost 5 pounds.

And this was at an event where catching fish was about as difficult as squeezing blood from a stone. Obviously, thanks to the sunny and calm weather and a finicky prespawn bass bite that endured all week, nobody caught a limit on the final day. Only one other pro, third-place Jimmy Walker, managed to catch as many as three bass.

Additionally, the 16-year-old beat some of the wiliest, well-worn sticks in the West. Clement, Walker and fourth-place Fred Ward are all veterans of the Western bass circuit with countless achievements among them. And that’s not even mentioning fifth-place Jimmy Reese – the brother of tour pro Skeet Reese – whose last name alone just sounds like high-powered tournament fishing.

Even more notable was the sort of simplicity by which Billheimer won this event. He practiced for five days prior and only had three bites the entire time. When the tournament started Wednesday, he went to where he had his last bite and started throwing a crankbait. For most of the tournament’s four days, anyone who wanted to had a front-row seat to watch as a 16-year-old won the largest pro bass tournament ever held in the West. He basically set up camp in one of the most accessible and visible spots on Lake Havasu: on the canal beneath London Bridge, a top tourist attraction right in downtown Lake Havasu City.

“It was weird. I felt like I was on TV,” Billheimer said. “I even had people following me today like I was Mike Iaconelli or something.”

Most of the week, Billheimer threw his red-crawdad Norman DD-22 crankbait in the clear, sandy-bottom canal and caught fish in about 10 feet of water, including a 6-pound, 2-ounce monster on day two. 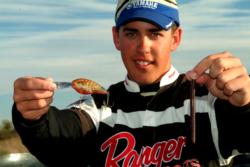 “I was out here practicing for five days and I only got three bites. So I didn’t think I was going to catch any (in the tournament),” he said. “These fish, they were good ones. They were just staging and getting ready to spawn. I just wanted to go out and catch as many as I could.”

In Saturday’s finals, however, the kid’s luck changed. The slight wind he needed for the crankbait bite didn’t show up by early afternoon and he only had one small keeper in the livewell, so he moved. But since he didn’t have any backup areas, he didn’t move far, just to the Lake Havasu Marina at the bottom end of the canal.

“I had to switch up game plans, and I ended up catching two in the marina on a Senko,” he said. “I just figured those fish would be a bonus if I could catch any there. I only had one keeper by 2:30.”

They turned out to make all the difference. It was a clutch performance by the 16-year-old fishing his first Stren Series tournament.

“This is unbelievable,” his mother said afterward. “We’ve been watching him all day, and we didn’t see him catch any fish.”

His proud father, John Billheimer Sr., seemed less surprised by his son’s stunning win. “You know, if there’s two seconds left and the game’s on the line, he was always the kid who wanted the ball. So I’m very proud of him,” he said. “It’s very impressive because he has so much respect for all these guys out here.”

Clement, who hails from Anderson, Calif., caught two nice bass weighing 6 pounds, 10 ounces and finished second for the pros with a final weight of 14 pounds, 15 ounces. He earned $10,000.

Clement – whose son, Kyle, finished seventh in the Co-angler Division this week – stuck to ripping jerkbaits for most of the tournament.

“I’ve been ripping the whole tournament,” he said. “They’ve been hitting and I’ve been losing baits. Today, they just weren’t getting it.”

Walker hangs on for third

Hailing from Alpine, Calif., Walker finished third in the Pro Division with a final weight of 12 pounds, 14 ounces. His three bass Saturday weighed a collective 7-7. He earned $9,000.

“I caught my big one early on a jerkbait in some man-made structure,” he said. “I burned up my water the first day and just kind of hung on for the rest of the tournament.”

Ward, a longtime Western veteran out of Phoenix, caught two keepers weighing 5 pounds, 12 ounces Saturday and finished with a final weight of 12-3. He earned $8,000 for fourth place on the pro side.

“I didn’t have the fish that I needed today,” he said. “I was just glad to get what I did.”

Nasty day for Reese lands him in fifth

Even though he finished in fifth place, Billheimer’s biggest competition today might have been Reese. The pro from Witter Springs, Calif., seemed to be on the most consistent fish – a smallmouth pattern – all week. He caught sacks in the 10-pound range the first three days and entered Saturday in the runner-up slot.

On day four, however, the wheels fell off. He weighed in one fish worth 1 pound, 13 ounces and dropped to finish in fifth place with a final total weight of 11-10, but still earned $7,500.

“I’ve got a lot of fish stories to tell about today,” said Reese, who was fishing for smallies on a sandbar and off points just upriver with tubes and Pepper jigs. “I lost a 3-pounder, then a 2, and then I broke off another 3. In all, I had five bites today. But it’s been a great tournament, and I’m really happy to get a top-10. And I’m just glad that (Billheimer) had some weight because it makes me feel better about my day.”

So what if Reese had been able to put those fish in the boat? Would the Stren Series have crowned its youngest champion today?

“It would have been close,” Reese said with a smile.

Rounding out the top 10 Pro Division finishers at Lake Havasu:

The next Stren Series event is a Southeast Division contest at West Point Lake near LaGrange, Ga., Feb. 15-18.

The next Western Division tournament will be held at Clear Lake near Lakeport, Calif., March 1-4.