It’s all McCall at Sam Rayburn 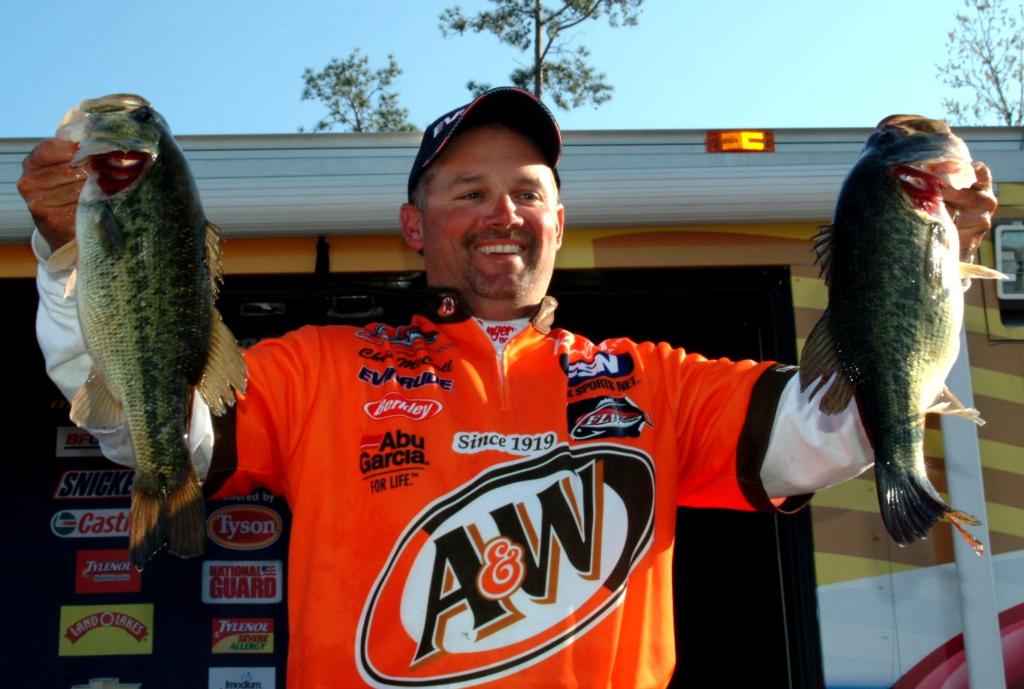 JASPER, Texas – Ten years of waiting for a win in FLW Outdoors competition erupted into a leap of joy when local Jasper, Texas, pro Chris McCall was officially determined the winner of the Stren Series Central event on Sam Rayburn. Relatively stoic all week long, even as he led the first two days of the four-day competition, McCall’s excitement was on full display as the event concluded Saturday in front of a hometown crowd.

“I’d like to say it hasn’t sunk in yet, but it has,” McCall said immediately after the weigh-in. “I’ve wanted to win one for so long – the FLW Tour, Stren Series, BFL – I’ve had so many seconds. And to win it today, when I really didn’t think I was going to, that’s just icing on the cake.”

McCall knew he needed at least 11 pounds, 12 ounces to unseat pro David Cochran of Royal, Ark., who had already weighed in his limit near the end of the shootout-style weigh-in. McCall managed to surpass Cochran by just more than a pound with his 12-11 limit that gave him a two-day, final-round total of 26-3. After final contender Toby Hartsell of Livingston, Texas, couldn’t match the leading weight, the win was all McCall’s.

“I didn’t think they weighed that much, so I’m just ecstatic,” McCall said of his fish after his victory jump.

Fishing over hydrilla beds in several locations in the midlake area of Sam Rayburn all week, McCall said he had relied upon a trio of Rat-L-Traps for his bites over the first three days and throughout most of the morning today. Perhaps it was the cold front moving out to be replaced by warmer temperatures and clear calm Saturday, but the bass just weren’t buying what McCall was selling.

“I’m hard-headed, so I stuck with (the Rat-L-Traps) until after 1 o’clock,” he said, by which time he only had two keepers. That’s when he decided to try his secondary bait, a green-pumpkin and red-flake Gambler Sweebo Worm rigged wacky style.

“That’s what pulled it out today,” he said of the 11th-hour decision, including a move to an area between the hydrilla beds and shoreline bushes. “I found these little sand points that came out with bright spots, where the fish were bedding.”

The change in game plan immediately led to boating a 4 1/2-pounder, and McCall said he just kept reeling them in with his baitcaster reel and 15-pound Berkley Big Game line after that.

Despite 10 top-10 finishes and almost $170,000 in earnings across the Wal-Mart FLW Tour, Stren Series, Wal-Mart TTT and Wal-Mart BFL since 1996, a win had eluded McCall until today. To his career earnings, he can now add a 519VX Ranger powered by an Evinrude outboard and equipped with Minn Kota trolling motor, Lowrance electronics and EverStart batteries plus $10,000 cash. He also earned a $10,000 contingency bonus from Ranger plus $3,000 for the Ranger Cup award for a total value of $63,000.

Royal, Ark., pro David Cochran said he managed to find a hot spot today that he hadn’t fished since practice that he and his co-angler had all to themselves, despite about 300 boats from other tournaments being out on the reservoir. The honeyhole, which lit up for him today due to the change in weather, produced a limit that weighed 16 pounds, 7 ounces for a two-day total of 25-4.

When asked about saving his best single-day weight for the finals, Cochran replied, “I didn’t do it on purpose, that’s for sure. Today I could see all the stuff I needed to see to throw at.”

Cochran, son of 2005 FLW Tour Championship winner George Cochran, was tossing Senkos and a Wacky Worm for his fish today. He earned $10,000 for his efforts.

Pro Randy Millender of Teague, Texas, flipped a tube all week in creeks along Sam Rayburn to make it into the finals. He said he noticed the bass moving out today, so he followed them and fished with a Berkley Power Worm to get his five-bass limit weighing 14 pounds, 6 ounces for a two-day total of 24-14 worth $8,950.

“The first thing I’ve got to do is thank the service guys,” said Millender, who had multiple maintenance problems this week, of the Ranger technicians on site. “I know those guys were sick of seeing me. I wouldn’t be fishing today if it weren’t for them.” 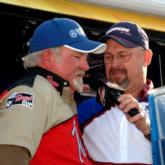 Pro Dicky Newberry of Houston said he made a 40-mile run today to find his five bass weighing 15 pounds even.

“They bit good; I caught at least two limits,” he said. “They were postspawn, so they should’ve weighed 18, but they just didn’t.”

“The thing that’s great about these cut tournaments is you don’t have much to lose (after weights are zeroed),” he said, adding that he and his partner covered a lot of water today in search of the big bites. “You can gamble.”

Hoernke’s bet on exploration almost paid off. He said he missed a couple opportunities Saturday to hook big bass that would have helped his final standing.

Rounding out the top 10 pro finalists in the Stren Central event on Sam Rayburn: