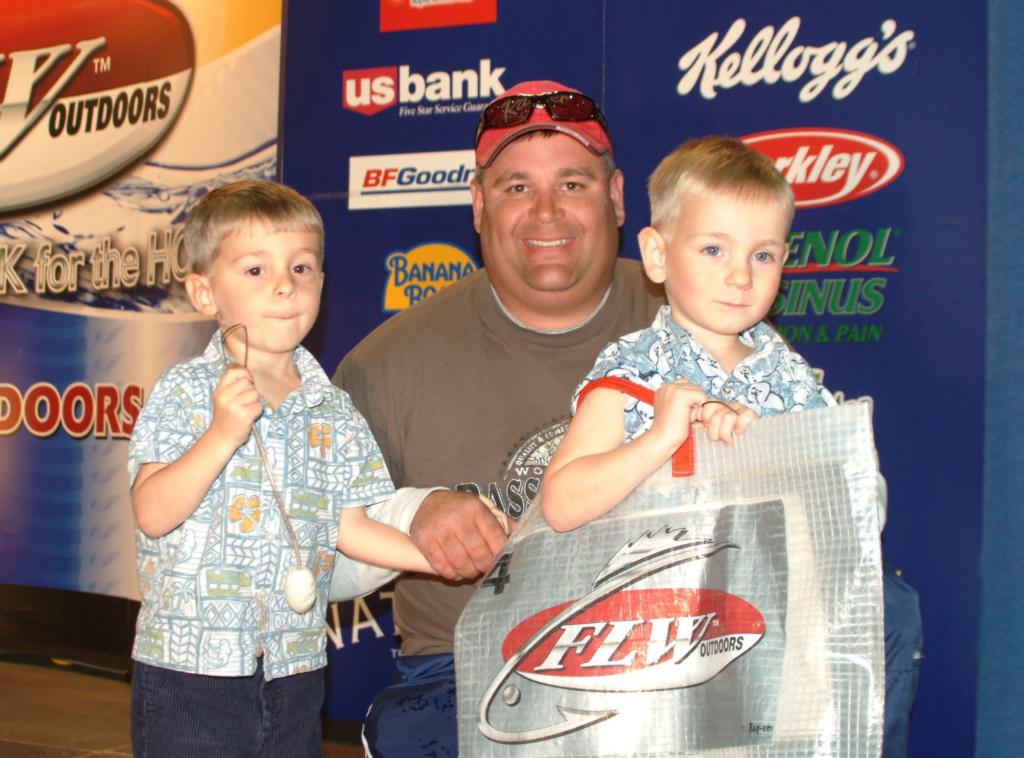 Outdoorsy family … Co-angler Lynn Baciuska Jr. is an avid outdoorsman. In fact, some would call him a fanatic. He has two boys, and believe it or not, their names are Hunter and Fisher. Wonder where the inspiration came from?

Take the money and run … It’s no secret that this is the last FLW Outdoors tournament for Spiderwire pro Bobby Lane. Next year, Lane will join his brother Chris in the Bassmaster Elite Series. Although it’s tough to see such a talented angler leave, Lane is departing on good terms. He will forever 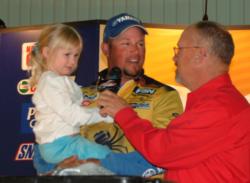 be remembered for his rookie season on the Wal-Mart FLW Tour, a season in which he top-10ed in his first three events. But before he says farewell to FLW, he’s gunning for one last giant paycheck. Currently, the Lakeland, Fla., resident is second in the Pro Division, less than a pound off the lead. “My daughter told me I was going to win this tournament, and I didn’t want to let her down,” said Lane, who won the 2007 Stren Series Northern Division event on the Potomac River.

Johnston moving up … After a sensational season in the Stren Series Texas Division, a season which included three top-10 finishes, a points title and a victory, Stephen Johnston will be moving up to the FLW Tour in 2008. “It’s not just me, it’s my whole family,” said Johnston, who also finished second at the 2007 TTT Championship. “It takes a commitment from everyone, and I’ve got my family completely behind me.” Unfortunately for Johnston, neither Sam Rayburn nor Toledo Bend, his home lakes, are on the tour schedule next season. Sam Rayburn is, however, on the Stren Series Texas Division schedule again, which Johnston will also fish in 2008. 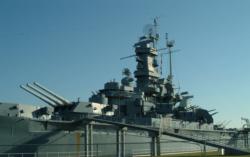 Cool digs … The fishing may not have been spectacular on day one, but the surroundings this week in Mobile are pretty remarkable. On days one and two, the weigh-ins are being held in the Aircraft Pavilion at USS Alabama Battleship Memorial Park. Bearing in mind that sunset takes place before 5 p.m. these days, it’s a perfect venue, especially considering the day-one weigh-in didn’t draw to a close until after 6:30 p.m. On days three and four, the weigh-ins will move to the Arthur R. Outlaw Mobile Convention Center, located at 1 S. Water St.

Ten to the Cup … In addition to the $1 million total purse, the Stren Series Championship will qualify five pro anglers and five co-anglers for the 2008 $2 million Forrest Wood Cup on Lake Murray. Interestingly, it’s not the top five overall fishermen that go, but rather the top finishing angler from each of the Stren Series’ five divisions. For example, if the best of the 40 pros representing the Central Division finishes 50th, he will still advance to the Cup because he is the highest-finishing competitor out of the Central 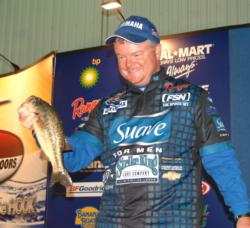 Division. Therefore, there is a lot more on the line this week than a tournament title and a solid check. So if you thought it was a little odd that fellow Central Division competitors are rooting against each other, now you know.

Roommates rolling … You’d be hard pressed to find two anglers hotter than Mark Rose and Greg Bohannan. Incidentally, they’re also roommates. Rose recently won $125,000 at the FLW Series Eastern event on Pickwick Lake and finished fourth in the Stren Series Central Division points race. Bohannan was the Central Division points champion and won the third qualifier of the season on the Columbus Pool. Bohannan also won a BFL tournament on Lake of the Ozarks. Both pros also qualified for the FLW Series East-West Fish-Off on Lake Amistad, Rose as the 18th seed and Bohannan as the 12th seed. Currently, Bohannan leads the Stren Series Championship with 12-1, and Rose is in 17th with 8-5. “Once you get that confidence, you just keep it rolling,” said Bohannan, a Rogers, Ark., native.

What the flounder? … On a tidal fishery such as the Mobile Delta, you never quite know what is on the end of your line. A solid bass bite just might end up being a feisty redfish or a tasty sea trout. Team BP 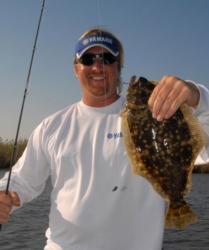 pro J.T. Kenney even caught a flounder during practice, which he promptly ate for supper. With the Alabama, Tensaw and Mobile rivers flowing into Mobile Bay, both fresh and saltwater species have been seen in places they shouldn’t be. Although rare, largemouth bass can be caught a few miles south of the I-10 bridge, and saltwater fish can be found as far as 10 miles north of the I-10 bridge.

0: Number of Western Division pros currently in the top 10.

14: Number of consecutive days of catching five-bass limits for pro Ken Ellis in Stren Series competition. Ellis, who won the Southeast Division points title, was the only Stren Series angler to catch a limit every day throughout the qualifying season. Unfortunately, his five-fish streak ended today, as Ellis managed only three keepers. 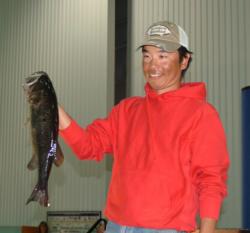 4-11: Weight, in pounds and ounces, of the day’s heaviest bass, caught by pro Hiroshi Kojima.

“Not today, but tomorrow there will be one.” – FLW Tour champion Frank Divis Sr., responding to Chris Jones’ inquiry about a big bass.

“Don’t follow a Lake Erie guy in a swamp; you’ll end up pushing your boat for the next 45 minutes.” – Kellogg’s pro Dave Lefebre, who took Joe Balog‘s advice and paid the price.

“When you see those birds out there on those flats, those birds with the really short legs, don’t drive there.” – Tournament Director Ron Lappin, giving navigational advice to Balog.

“It was too cold out there for the Crocs.” – Land O’Lakes co-angler Tyrone Phillips, who is famous for wearing one red sandal and one yellow sandal for good luck.

“Put a brick in there with them.” – pro Jim Eakins, who needed more weight after catching only two keepers Thursday.

“We caught about 400 trout during practice. I’m coming back here for vacation,” – co-angler Howard Hammonds.

Tomorrow’s takeoff is scheduled to take place at 7 a.m. Central time at the Chocolotta Bay Ramp, located at 1595 Battleship Parkway in Mobile.