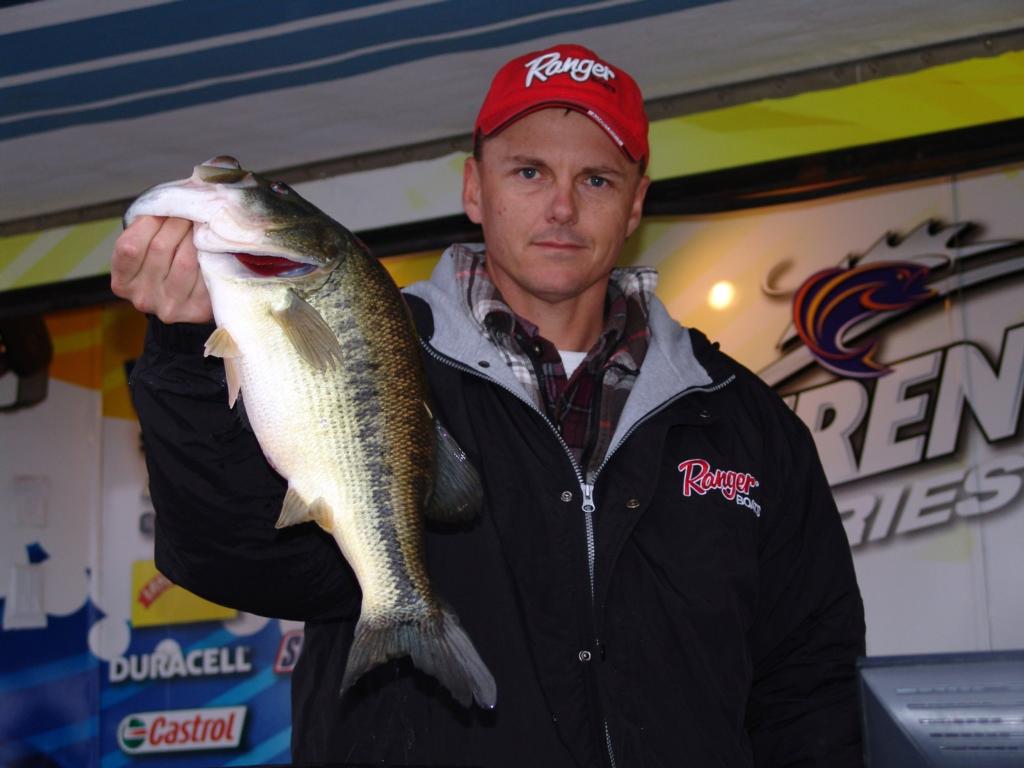 “My bites were spread out – just one here, one there,” Dodson said. “I didn’t have a fish until 10 this morning, but there wasn’t anything I could do but keep fishing. I just tried to hit as many places as I could.” 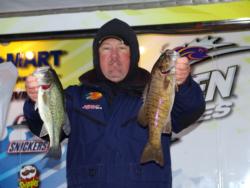 to recognize during his 25 years of fishing Lake Norfork. Persistently working areas in which he knew productive features were submerged, the top pro picked his way into a leading stringer.

“I stuck to the places that I’ve always fished and didn’t go crazy trying to fish unfamiliar places,” Dodson said. “I have four or five areas that I always fish and I just kept running them.”

Landing in second place, Wes Endicott of Joplin, Mo. bagged a limit weighing 10 pounds, 1 ounce. Crawling an avocado grub on a 3/16-ounce jig proved most effective for him.

“The fish are not aggressive at all,” Endicott said. “You have to put the bait right in front of them. Sooner or later one of them will bite it.”

Ledges with gravel in 12 feet of water were his targeted structure. Spots in the backs of pockets with 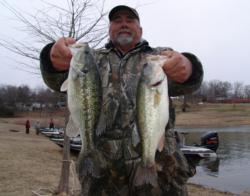 Mike “Cowboy” Foree of Osage Beach, Mo. threw jerkbaits all day and boated a third place limit weighing 8-14. Sticking with the same color that he’d been throwing in practice, Foree kept his cards low on the details but said this: “It’s the ugliest color you’ve ever seen. You can throw 100 other colors and the fish won’t eat them, but you throw this one color at them and for some reason, they seem to like it.”

Fishing the Pigeon Creek area, Foree keyed on windy, muddy banks where the fish felt more comfortable in shallow water. The lake’s high water level forced him to spend more time searching for his spots, so catches came late in the day. “At 1:30 I caught my first keeper. It was my smallest fish, but I was so happy I was about to do a cartwheel.”

Rounding out the top-10 pro leaders at the Stren Series Lake Norfork event:

Paired with pro Jim Young, Horne worked rock structure in about 30 feet of water and caught his fish 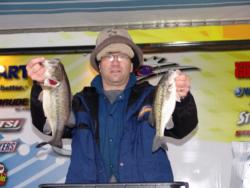 by pitching a brown jig with a brown chunk into shallow areas of four to five feet. His three fish weighed 6 pounds, 1 ounce.

“My bites were really spread out,” Horne said. “I caught two of my fish early and then one around one o’clock.”

Horne attributes his success to slow, patient presentations. Overcast skies also helped. “I liked the clouds – if it had been sunny, it really would have been tough,”

Robert Prebeck of Norwood, Mo. trails in second with 5-5, while Todd McCoy of Mountain Home took third with 4-9. Andy Bylander of New Richmond, Wisc. placed fourth with 4-6 and Randy Fraser of New Florence, Mo. was fifth at 3-15. 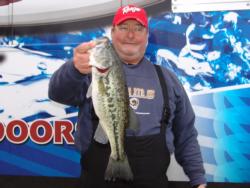 Rounding out the top-10 co-angler leaders at the Stren Series Lake Norfork event:

Evans also had the biggest bass on the co-angler side.