Over (not so) easy 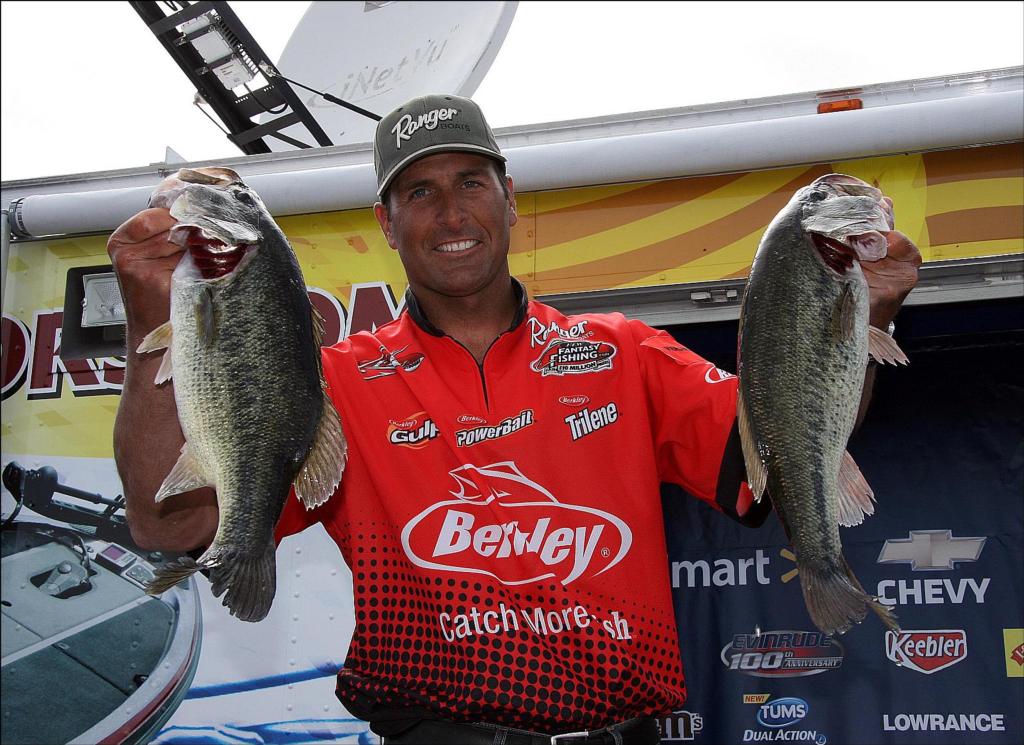 PAYSON, Ariz. – There’s no question, Lake Roosevelt had a bad hair day during the first round of Stren Series Western Division action. However, the weather woes that limited anglers probably seemed doubly difficult on a body of water with challenging regulations.

Essentially, anglers can keep five bass a day between 12 and 13 inches or over 16 inches. Local regulations say you can only keep one bass between 13 and 16 daily. Because “luck of the draw” is not an attractive concept for tournament anglers, targeting the right size fish is the daunting task. 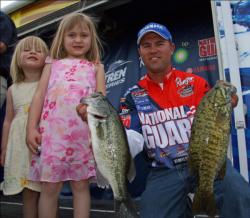 design. On Lake Roosevelt, the relative terms are “ins” and “overs” for fish in the slot or exceeding it.

Several anglers reported having little trouble finding “ins,” and the same went for bass under the slot. However, producing “overs” – the ones that amass competitive weights – proved a tough bill to fill. (Only 33 pros and five co-anglers weighed limits.)

That’s not always the case. Lake Roosevelt enjoys a healthy reputation of producing hefty limits; particularly during the spring spawn. However, the cold front that arrived yesterday brought the usual mix of increased wind, lower temperatures and finicky fish. 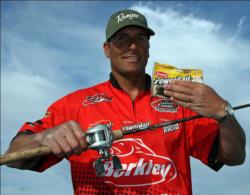 Payson’s local pro Clifford Pirch noted: “It was tough. That cold front really slowed things down, and it made the fish hard to find. I’d hit a little stretch here and there that had a few fish, but it was never wide open.”

Duane Dunstone of Reno, Nev., leads the Pro Division with 16 pounds, 11 ounces. Working an area of approximately 500 square yards, he took a patient and open-minded approach, based on working with the fish’s movement, rather than trying to force a pattern.

“Since we had the cold front yesterday, I knew the fish would be tucked in and moving to different 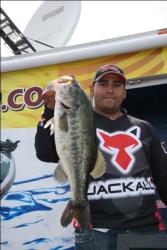 areas throughout the day to stage out. I just went fishing and went after the fish that I thought were going to be there. I caught them in a foot to 20 feet.”

Dunstone declined to identify the specific soft-plastic bait he was using, but he did say it was one of Berkley’s PowerBait products rigged Texas style. The authentic scent and taste seemed to make a big difference for his fish.

“That was the whole deal – I would throw the bait into the spot and just let it sit there,” Dunstone said. “I’d look down and see my line running off to the side. They were picking up that PowerBait, and they wouldn’t let go.”

McBride makes it happen for second 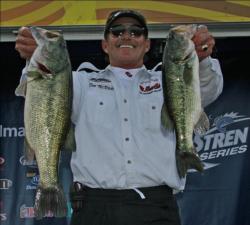 “I live up here part of the year, and these are some fish I’ve been on for three months, and they held up today,” he said. “The bite lasted all day. We were culling `overs.'” 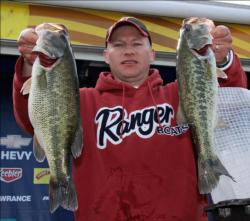 Rounding out the top 10 pro leaders at the Stren Series Lake Roosevelt event: 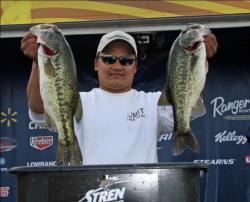 Paired with McBride, Tucson, Ariz., co-angler Vu Au shared in the action and ended up topping his division with a limit weighing 16-5. Au caught his fish by flipping Sweet Beavers and tubes. Aiming mostly for larger trees, Au said the fish seemed lethargic.

“The bites were very light,” he said. “They’d never really hit the bait, I’d just feel the pressure and set the hook. I had to slow down and feel for the bite. They were probably just sucking the bait into their mouths, but not moving much.”

Michael Tafoya of La Plata, N.M., placed second with a limit catch weighing 12-12. He caught his fish by flipping soft plastics. Mike Crothers of Chandler, Ariz., was third with 11-3, while Eric Norlin of Norco, Calif., placed fourth with 11-0. Chris Perkes of Payson, Ariz., took fifth with 10-3.

Rounding out the top 10 co-angler leaders at the Stren Series Lake Roosevelt event: