Sunny conditions should solidify dock action on Lake of the Ozarks 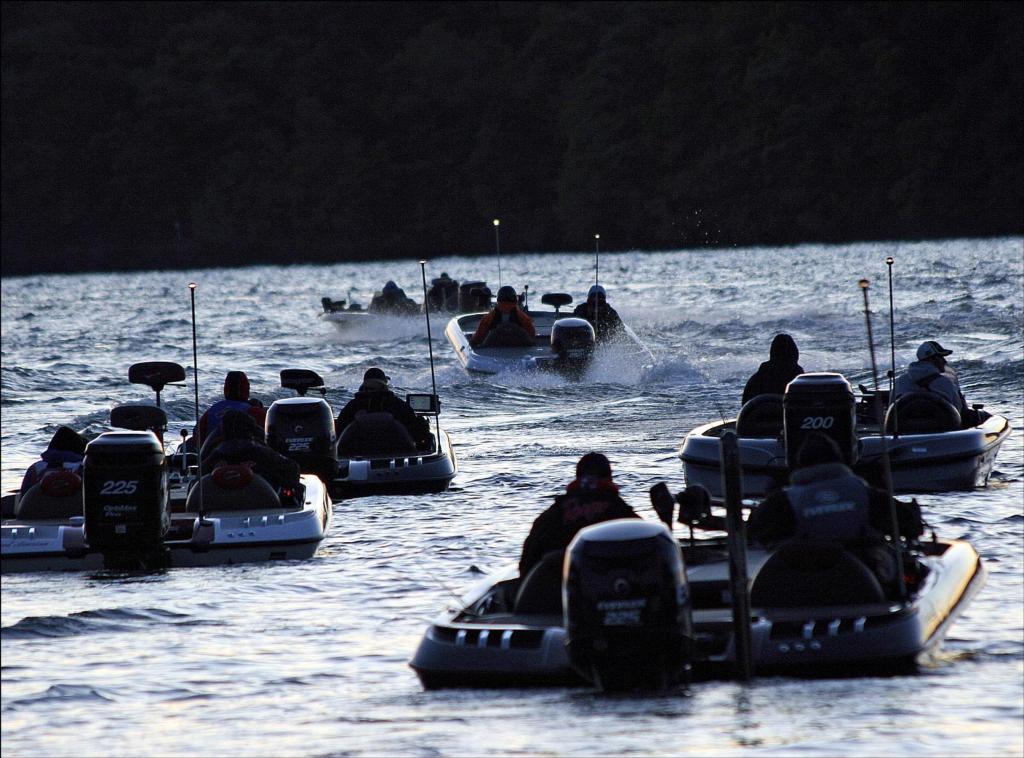 Day two dawned with clear skies and the promise of day-long sunshine for Stren anglers on Lake of the Ozarks. Photo by David A. Brown.
October 2, 2009 • David A. Brown • Toyota Series

OSAGE BEACH, Mo. – Jackets were a little thicker and rain gear was less common among anglers fishing day two of the Stren Series Central Division tournament on Lake of the Ozarks.

The stormy face of a cold front that swept across the state yesterday cleared the Ozarks overnight and left clear, cooler conditions in its wake. Day two will see strong winds presenting challenges for anglers fishing deeper offshore patterns. However, hundreds of docks extending from the lake’s shoreline will offer prime flipping and skipping opportunities as the bass seek shady shelter from intense sunlight.

Day-one anglers caught fish on a variety of offerings such as spinnerbaits, crankbaits and shaky-head 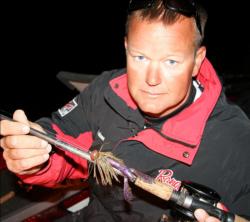 worms. Some fished football-head jigs in deeper water, while many more flipped jigs around docks. Day two will likely see a similar mix of presentations with a more concentrated dock-jigging effort.

Leading the pro field, Zack Bull of Arlington, Tenn., bagged 23 pounds, 13 ounces on day one and carries a 5-pound, 6-ounce lead into day two. A good practice pattern gave him confidence for a good day-one limit, but Bull said he was surprised to find that big fish had moved into his area. Keeping on the move and hitting approximately 100 docks was essential to finding a big limit.

Today, Bull said he intends to replicate his day-one effort: “I’m running the same pattern for the next two days – hopefully. I’ve caught big fish in these areas in the past, and the spots seem to replenish every year.”

Bull caught fish all around the docks he fished – in and out of shade, next to deep end brush and even in the open water between structures. He’s banking on the sun to tighten up the positioning of the fish. 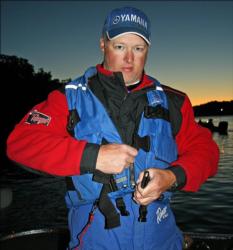 “When it’s cloudy, the fish tend to roam a little bit, but the sunny conditions seem to put them where you want them,” Bull said. “Hopefully, that will play into my hands. I’m only looking for a handful of big bites, maybe seven or eight bites a day.”

Specifically where he’ll find those bites is something Bull said he can’t pinpoint. He knows what he’s looking for, but the only sure thing is a steady, thorough search.

During today’s weigh-in, Bull can look forward to a familiar face in the crowd: “My wife, Kim, drove in this morning at 4 a.m. She called me at 2 o’clock and said she was going to surprise me, but she was lost.”

Shane Long sits in second place with 18-7. He caught his day-one fish by flipping 1/2-ounce black-blue 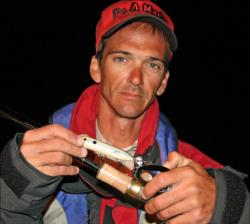 Lucky Strike jigs under docks in “ankle-deep” water. Long said his focus was slowing down and methodically covering his areas.

“I’m going to be running to the same area today, but I have about a half-dozen places that have those fish, and I only fished one of them today,” he said. “I’m going to play my cards right so I can have some fish to catch the third day, if I can make it that far.”

Third-place pro Jason Weast got bit on crankbaits around lay-downs in backs of coves on day one. He was planning on throwing a topwater plug early and then trying to get the dock fish with his Strike King crankbait. If the fish don’t want to come out and chase the crank, he’ll switch to throwing jigs under the structure.

Co-angler leader Justin Moore fared well with shaky-head worms and crankbaits. He said he’ll stick with that combination for another day. 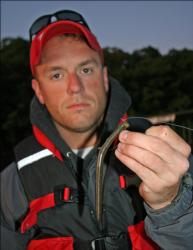 Anglers will take off from Grand Glaize Recreation Area PB No. 2 boat launch located at 711 Public Beach Road in Osage Beach, Mo., at 7 each morning. Friday’s weigh-ins will be held at Grand Glaize Recreation Area beginning at 3 p.m. Saturday’s weigh-in will be held at the Walmart store located at 4252 Highway 54 in Osage Beach beginning at 4 p.m. Takeoffs and weigh-ins are free and open to the public.

The Lake of the Ozarks Stren Series tournament is hosted by the Tri-County Lodging Association. 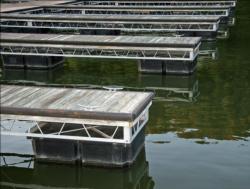