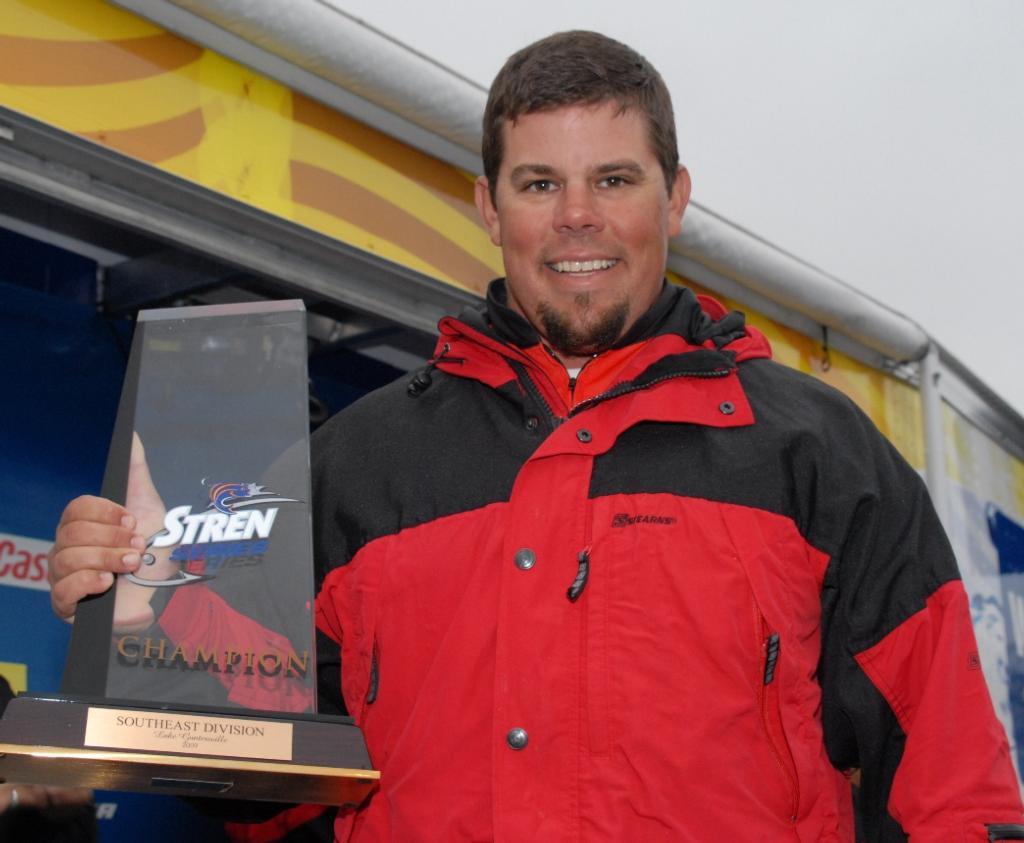 GUNTERSVILLE, Ala. – The Guntersville Chamber of Commerce might give some thought to employing pro angler Chris Lane as a spokesman for their fine town.

In April, Lane moved his family to Guntersville, Ala., in an effort to cut back on the massive amount of travel he endures as a professional angler. Since then he and the family have fallen in love with northeastern Alabama.

“I’m from Florida and I do love Florida, but it’s kind of out of the way in terms of travel for the pro fishing circuits,” Lane said. “So my wife and I talked about it and decided to move up here where it’s more centrally located and where there are woods, hills, scenery, a change of seasons, great people – oh, and not to mention a killer bass-fishing lake.”

Since Lane has made his move to Guntersville, things have clicked for him. He has started a guide business, and tournament travel has been much easier, allowing him to spend much more time at home instead of on the road, hoofing it back and forth to Florida.

And with that has come a changed attitude toward his competitive fishing, a turning back to his fishing strengths instead of chasing new techniques in which he has little confidence.

All of these changes in Lane’s life came to fruition today as he claimed victory in the Stren Series event on Lake Guntersville, now officially his home lake.

“This feels really good,” Lane said after his win. “This kind of helps solidify our move up here and my more relaxed approached to tournament fishing. Sometimes, as competitors, I think we try too hard and get away from techniques that we really have confidence in. Since moving to Guntersville, my life is not as frantic, my wife and kids have really settled in to this wonderful community here, and I’m relaxed and able to focus more on fishing than ever before, and that feels good. I’ve been fishing a lot, and with so many fish in this incredible lake, it has restored a lot of my confidence in some of the techniques I love, like flipping and topwaters.”

That is exactly how Lane caught his fish this week: flipping thick vegetation and scooting floating frogs over the dense mats.

His flipping tackle consisted of 1- and 1 1/2-ounce tungsten weights rigged on Gambler Ugly Otters and B.B. Crickets in black and blue colors, fished on Stren Superbraid.

“The first day and some of the second I was putting a Gambler KO skirt on my flipping rig,” Lane said. “The KO skirt is basically a jig-like skirt that goes between the weight and the soft plastic to bulk up the profile in those mats. But as the week went on, the water got cooler and the fishing pressure in the mats was intense, so I dropped down the size of my flipping bait from the Otter with the skirt to a B.B. Cricket with no skirt.”

He flipped matted grass in 3 to 4 feet of water in the midlake area.

But to hear Lane tell it, his success this week was attributed solely to boat position that was made possible only by his double Power-Pole system that allowed him to staple his boat to the bottom in a mat at any angle and fish it just the way he wanted. The ability to ground down anywhere was especially valuable on day two when winds to 25 mph wreaked havoc on other competitors, and Lane was able to sack the biggest limit of the week weighing 24 pounds, 15 ounces.

“I have to give all the credit for this win to my two Power-Poles,” Lane said. “Without them I could not have locked down and fished the way I wanted in those mats.” 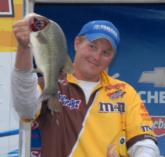 “I was pitching a 3/8-ounce Shooter Jig with a Net Bait Paca Chunk Sr. to the edges of the docks and then using a black Spro frog on the pads in between,” Palmore said.

He tied the jig to 20-pound-test Gamma fluorocarbon line and the frog to 65-pound-test braid.

Today his productive stretch produced just two good keepers, and Palmore scrambled and fell back on some schooling fish that he fooled with a Zoom Fluke to round out a limit. 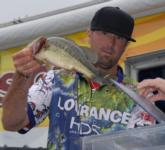 Gerald Swindle of Warrior, Ala., finished third with a three-day total of 51 pounds, 6 ounces worth $7,567.

Swindle found success this week on a Spro Dean Rojas Jr. frog and a Lucky Craft G-Splash popper in the Alreds and South Sauty areas.

“A lot of my best mats were gone today,” Swindle said. “And the ones that are left were covered up with weekend anglers. I fought and fought just to catch what I weighed in.”

Tim Buckner of Scottsboro, Ala., took the fourth-place position with 51 pounds, 4 ounces worth $6,621.

Marshall Deakins of Dunlap, Tenn., rounded out the top five with a three-day total of 49 pounds, 6 ounces worth $5,675.

Rounding out the top 10 pros in the Stren Series event on Lake Guntersville: 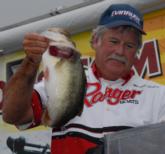 A special congratulation goes to Randall Tharp for winning Angler of the Year in the Stren Series Southeast Division. This season Tharp finished 10th at Okeechobee, eighth at Santee Cooper, 28th at Wheeler and sixth at Guntersville for a year-end total of 752 points.