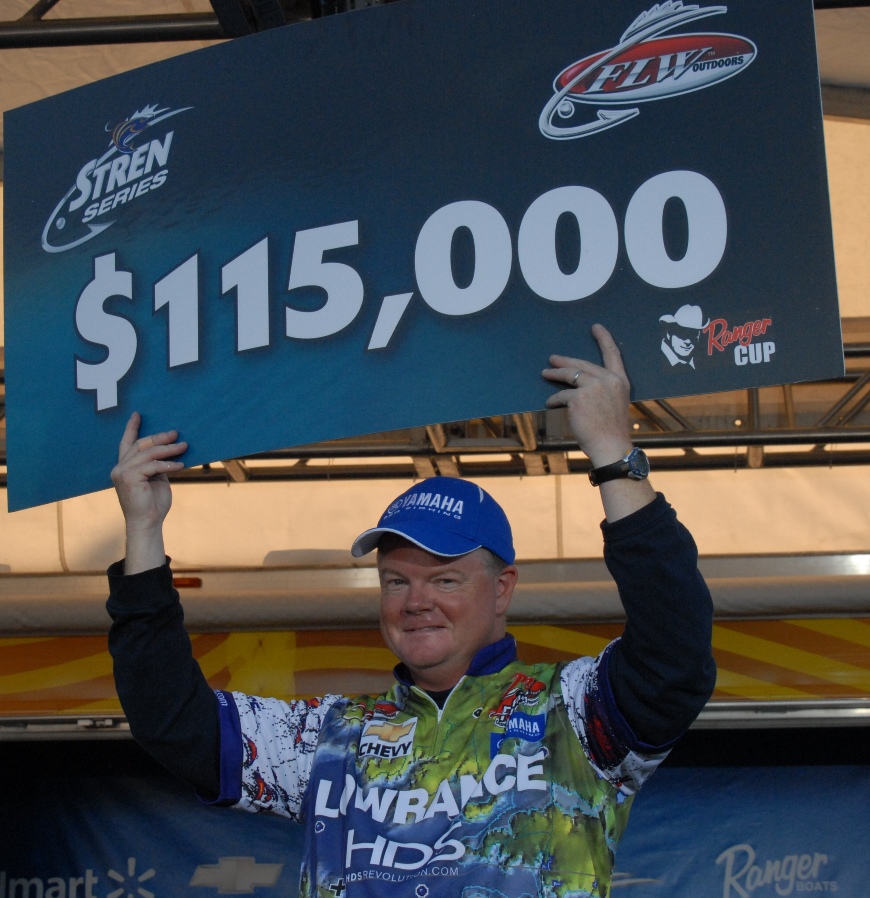 FLORENCE, Ala. – In professional fishing, there is an odd phenomenon that exists in which certain pros have special relationships with certain lakes. Every time they compete on that body of water, they are a certain threat to win.

Mark Rose of Marion, Ark., undoubtedly has that kindred connection with Pickwick Lake in Alabama. Every time he competes on Pickwick, he does not just excel, he dominates.

In 2007 he won the Walmart FLW Series tourney on Pickwick in wire-to-wire fashion. In 2008 he led a team of anglers to victory on Pickwick in the PAA Corporate Cup event.

And Saturday, Rose tightened his stronghold on Pickwick with yet another wire-to-wire win in the Stren Series Championship with a three-day total of 55 pounds, 1 ounce worth $115,000.

Adding the $115,000 he won today with his other Pickwick winnings, Rose has earned a combined total of about $250,000 on his favorite lake in the last three years.

“I’ve got a special place in my heart for this lake,” Rose said after his win today. “I just love it here. I’ve got a lot of great friends up here, and the lake just fits everything about the way I like to fish. Whenever my boat hits this lake, I automatically feel right at home. I live in Arkansas, but Pickwick is two and a half hours from my driveway, and I’ve fished it a lot over the years.”

However, as much as Rose likes Pickwick, he formed the foundation for his Stren Series Championship win this week over on Bay Springs Lake, which connects to Pickwick via the Tombigbee Waterway.

Bay Springs is a small, clear-water lake, known regionally for its huge spotted bass population, which is exactly what Rose exploited over three days to secure victory.

Despite the nearly 80-mile run to Bay Springs, Rose felt the risk was worth it based on the need to do something different.

“In competitive environments like tournament fishing, you have to stay one step ahead of the competition,” Rose said. “You have to do something to separate yourself from the pack. The last time I won the (FLW) Series here, I used a big spoon to win – not many anglers knew about that lure at the time, and that was my competitive advantage. This time around I felt like a long run away from Pickwick would get me away from the pressure and allow me to capitalize on Bay Springs’ big spotted bass in the fall, when they move up shallow and feed over those clay points.”

All along, Rose’s master plan was to fish a schooling hole in Pickwick to secure a quick limit and settle him down with a few swimmers in the box before making the long run to Bay Springs. 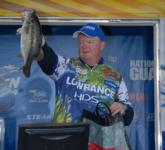 On day one his plan worked like a charm. With a last-flight check-in, Rose was able to secure an early limit of schoolers for about 14 pounds before running to Bay Spring where he culled up to 22 pounds, 5 ounces thanks to a 7-6 largemouth.

“Everything went perfect that first day,” he said. “I caught a limit quick and then had plenty of time to run down there and fish relaxed. And that’s when those big bites happen, when you’re totally relaxed.”

The next two days, however, were more of a challenge, as his Pickwick schooling hole left him high and dry, and he was forced to go fish in Bay Springs with an empty livewell.

His main lure of choice in Bay Springs was a suspending jerkbait fished on 12-pound-test fluorocarbon.

“It’s a classic fall pattern for big spots on clear lakes,” Rose said. “After the water cools down, they move up shallow and start feeding up – looking up in the water column. The real gift today was a good breeze that blew across those clay points, ruffling the surface and making it perfect for my pattern. I caught more fish down there today than any other day.

“I was pretty nervous running down there this morning. But once I caught three decent bass pretty quick and realized I still had several hours to fish, I really settled down and got in the groove like I needed to.”

In addition to his win, Rose also qualified for the 2010 Forrest Wood Cup by being the top finisher in the Stren Series Championship from the Central Division.

Incidentally, the Forrest Wood Cup will be held on Lake Lanier, another clear lake known for big spotted bass.

Newton spent his week up in Wilson Lake, fishing bluff walls in heavy current with a 3/4-ounce homemade jig (black-and-blue, brown-and-black) tipped with a big plastic chunk. He also used a Berkley Hollow Belly swimbait rigged on a 1/2-ounce jighead.

“I was keeping the boat in 14 or 15 feet of water and pitching the jig right up against the bluff wall in the current,” Newton said. “Whenever I came to a really good current break or eddy, I’d make a couple of casts into it with the Hollow Belly, just kind of slow-rolling it through the boil, and I culled every fish today with that Hollow Belly.”

Newton opted to fish his big jig on 20-pound-test Big Game monofilament for a slower fall in the current.

“I didn’t catch anything on wood all week,” Newton said. “The main thing I was keying on was big rock underwater. I’ve got a couple of bluff stretches up there that have big boulders out in 6 to 10 feet of water that make great current breaks. The trick was remembering where all those big rocks and breaks were so I could make the most of each pass in that current.”

Newton also earned a ticket to the 2010 Forrest Wood Cup by being the highest finisher in the championship from the Stren Southeast Division.

Defoe played his championship week close to the McFarland Park launch site, fishing Pickwick’s bluff walls and current breaks in the upper lake with a 5/8-ounce Tabu jig (Texas craw) teamed with a twin-tail grub. He fished the jig on 25-pound-test Trilene 100% fluorocarbon.

“I was fishing any bank junk that hung down into the water and helped break the current,” Defoe said. “Some of it was vines, bushes or lay-downs that had junk trapped alongside them. Getting the fish out of all that stuff in the heavy current was a real trick, but that Trilene 100% fluorocarbon is bullet proof when it comes to that kind of fishing.”

Defoe also punched his ticket to the 2010 Forrest Wood Cup by being the highest finisher in the championship from the Northern Division. 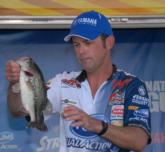 Pace spent the week in Wilson Lake. His primary technique was to slow-roll a variety of big, heavy spinnerbaits down to 10 to 12 feet for better-quality bites.

“When I first got on slow-rolling the spinnerbait pattern earlier in the week, the water in Wilson had a good stain to it from that last rain,” Pace said. “But as the week wore on without any more rain, the water got clearer each day. So I started compensating for the lack of stain by slow-rolling the spinnerbait under shady banks and any wind-blown banks I could find. The shade and wind helped break up the visibility a little in that clearing water. I probably could have gone to a crankbait or something else, but that spinnerbait really brought the better quality bites.”

Scott Canterbury of Springville, Ala., finished fifth with a three-day total of 44 pounds, 6 ounces worth $20,000.

Canterbury spent his week fishing Pickwick from the Wilson dam down to Seven Mile Island.

He flipped bluff-type banks in heavy current with a Sweet Beaver-style bait in a Bama-bug color with a 1/2-ounce tungsten weight on Berkley Trilene 100% fluorocarbon line.

Rounding out the top 10 pros in the Stren Series Championship on Pickwick Lake:

In addition to Rose, Newton and Defoe, other pros receiving invites to the 2010 Forrest Wood Cup in Atlanta via the Stren Series by being the highest finisher in their respective divisions during the Stren Series Championship included Chad Hulbert of Gilroy, Calif., from the Western Division and Robert Robinson of Mobile, Ala., from the Texas Division.