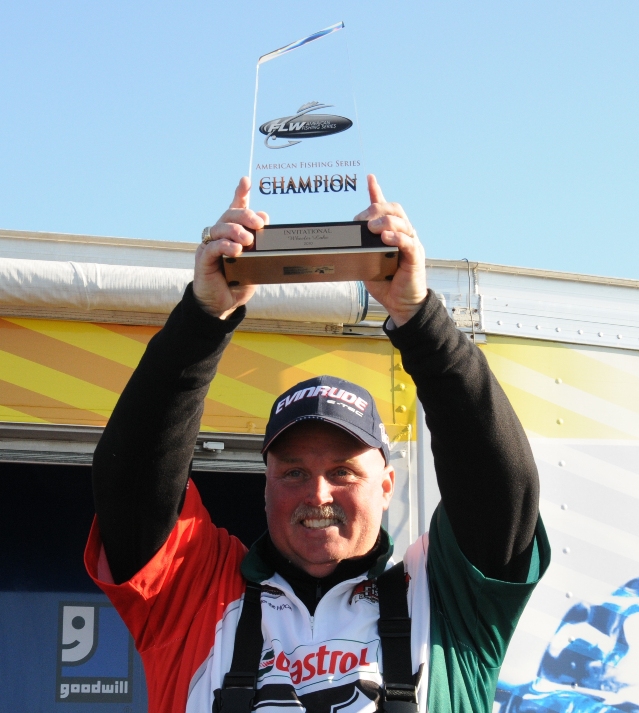 DECATUR, Ala. – Steve Gregg of Florissant. Mo., won the FLW American Fishing Series Invitational on Lake Wheeler with a three-day total of 33-1.

For his win Gregg received $9,486 and is now qualified for the Forrest Wood Cup in Hot Springs next August.

“I’m blank,” an exasperated Gregg said after being named the winner. “My mind is just blank; I don’t know what to say. This is wonderful.”

During the week Gregg fished with pros John Voyles, Gary Woodruff and Kevin Snider today, catching weights of 12-13, 10-12 and 9-8 respectively.

“I had great partners all week,” Gregg said. “I caught them on a spinnerbait the first day, a big Zara Spook yesterday and today, when I drew Kevin and he told me he was dragging a jig, that was music to my ears – dragging a jig is my thing, that’s what I love to do and I was right in my comfort zone all day.” 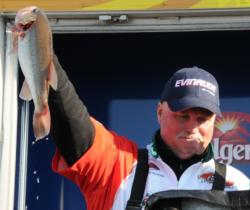 Gregg qualified for the Invitational through the Central Division by finishing 3rd in the points.

“I totally forgot the winner of this tournament goes to the Forrest Wood Cup,” Gregg added. “That’s like icing on the cake right there.” 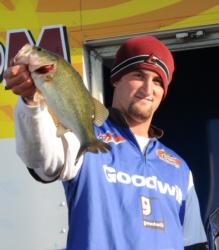 Andrew Luxon of Richmond, Ky., finished runner-up in the Co-angler Division with a three-day total of 30 pounds, 14 ounces, collecting $3,649 for his finish. 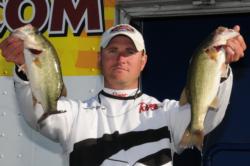 Anthony Goggins of Auburn, Ala., finished third with a three-day total of 28 pounds, 9 ounces worth $2,189.

Today, though, he changed it up to a Fishead Spin teamed with a Fluke, Jr. in glimmer blue on 17-pound test fluorocarbon.

“We were fishing a little shell bed that dropped off into about 15 feet,” Goggins said. “I’d just slow roll the Fishead Spin on the bottom and let free fall off the break and they would eat it up.”

Blase Frick of St. Louis, Mo., brought in the biggest limit of the co-anglers on day three – 11 pounds, 11 ounces – anchored by a big smallmouth. His limit propelled him to fourth place with a three-day total of 26 pounds, 15 ounces worth $1,824.

Rounding out the top-five in the Co-angler Division was Steve Harwood of Weaverville, N.C., with a three-day total of 23 pounds, 6 ounces worth $1,459. 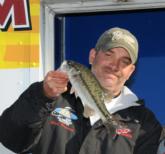 Rounding out the top-10 co-anglers in the FLW American Fishing Series Invitational: