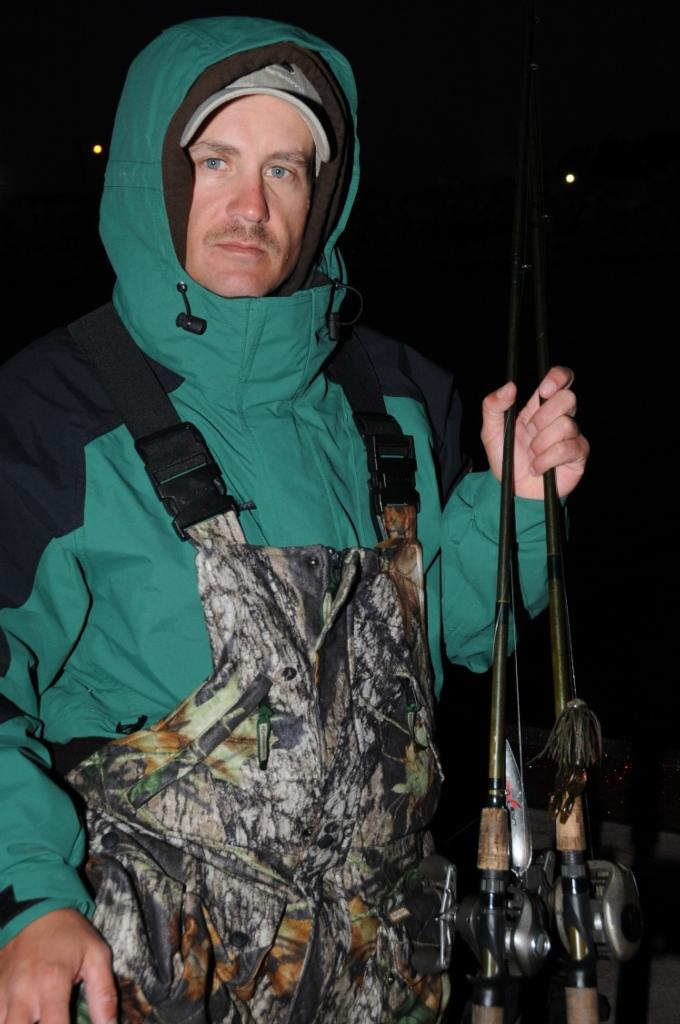 DECATUR, Ala. – Several years ago “the big spoon” arrived on the bass fishing scene as a “big fish lure.”

According to tournament lore, Elite Series pro Kelly Jordon is credited with putting “the big spoon” on the tournament fishing map.

Since then the big piece of metal, which looks more like something you would troll in the ocean for mackerel, has earned a spot in the tackleboxes of TVA bass fisherman, especially those who like to fish ledges.

For the most part, the spoon has been defined as a summer-time ledge lure. But that may not be the limit of this simple tool. More and more big spoons are starting to turn up in other situations, too, like in grass in early spring where lipless rattlers usually get the pick or snatched off wind blown rocky points where spinnerbaits used to play.

This morning, before the final takeoff of the American Fishing Series Invitational on Wheeler Lake, the big spoon showed up again.

As tournament leader Chad Aaron of Ethridge, Tenn., displayed his two most productive baits for the week, he produced a ¾-ounce football jig and Lake Fork Trophy Tackle Flutter spoon.

Aaron is fishing up in the river and has identified several large current breaks as his key spots. When the current was really running hard on the first day, the jig was his primary bait, but yesterday, when the current slacked off, the big spoon produce a couple of his key bites that allowed him to compound his lead.

“The jig has definitely been the main player,” Aaron said. “But that spoon really helped me yesterday when they got off that jig bite.”

The final weigh-in of the AFS Invitational will begin at 3 p.m. Saturday