Carmell is so sweet 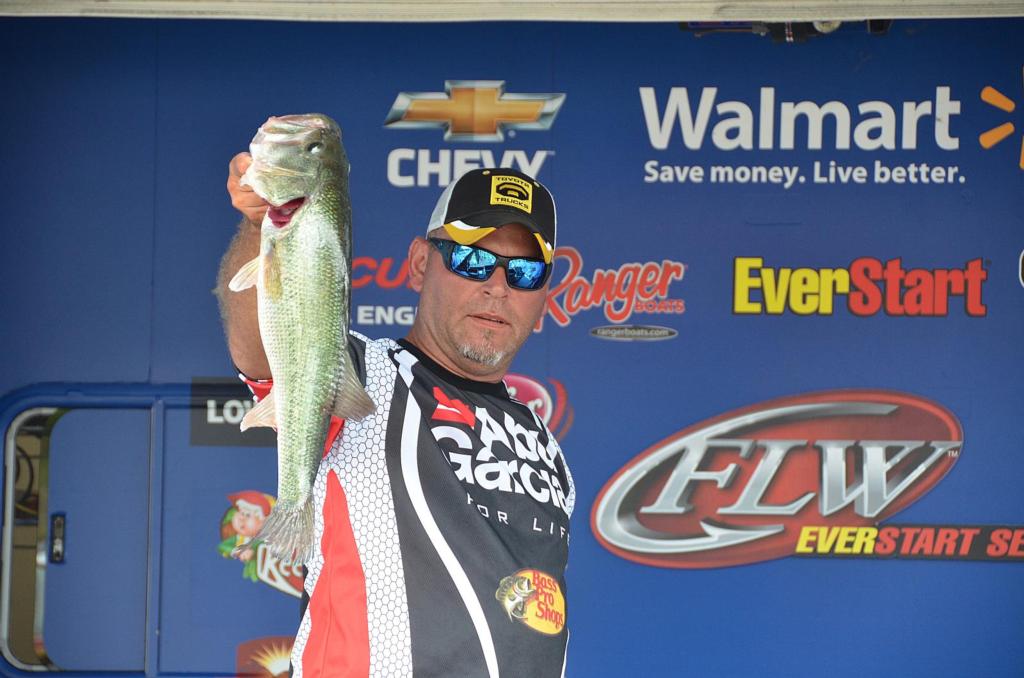 HENDERSON, N.C. – The look on most anglers’ faces said it all Thursday. Kerr Lake supplied no shortage of fish, but not the overall number of quaity keepers that anglers were hoping for during the season opening event in the EverStart Series Northern Division.

Clearly, it was tough fishing all the way around. Out of the 101 pros fishing in the event, only 29 brought in five-bass limits.

One pro who did manage to find five good fish was Moyock, N.C., native Chris Carmell. He brought a hefty limit to the scales that weighed 16 pounds, 10 ounces. That bag gave him a nearly 2-pound lead, which should turn up the pressure on his fellow competitors who are now trying to play catch-up.

Carmell said one of the main keys to his successful day was targeting multiple spots.

“I fished two or three spots most of the day,” Carmell explained. “I would fish one for a while then leave and let it reload. I actually caught my biggest fish at the end of the day when I went back to my original spot I started on. It was definitely a confidence booster for my spots.”

Throughout the day anglers endured many changing conditions, from wind and rain to sun and calm. However, the weather didn’t seem to affect Carmell’s fish much like it did for other pros.

“I’m not too worried about a certain type of weather, the fish are there and hungry,” he said.

Despite focusing on only a few key spots, Carmell feels confident that he will be able to catch a good limit again tomorrow.

“I know there are still fish on those spots,” he said. “I think I should do well tomorrow, though they may not be as big.” 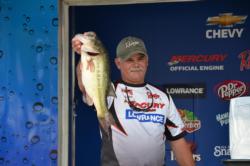 Mike Hoskings of Spotsylvania, Va., brought a limit that hit the scales at 15 pounds even today. That was good enough to put him in second place. His limit was also anchored by a 6-pound, 4-ounce kicker fish that also took the big bass award on the pro side.

Unlike other pros, Hoskings has been focused more on a single area.

“I caught all my fish today off of one spot,” Hoskings said.

Weather seems to be a key factor in how well Hoskings can catch his fish.

“The lake has been fishing differently every day. Sun keeps them down which really helps hold them on the structure. I didn’t even fish any of my other spots because I knew the weather wasn’t right for them.”

Hoskings, like other anglers, is keeping his tackle choice a secret for now – with good reason though as limits are hard to come by. Clearly, at this point in the competition, Hoskings believes every advantage is vital.

As far as tomorrow goes, Hoskings said he hasn’t decided for sure what he will be doing tomorrow.

“I got no game plan: I’m just going to let the fish tell me what to do,” he said. 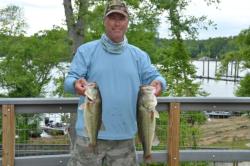 Wolfarth went with more of the run-and-gun approach today. He worked through six different spots covering much of the water column.

“I caught about 10 or 12 fish today,” he said. “I had a quick limit by 7 a.m. then started running through my areas. But I caught fish all over, from on the bank to 28-feet deep. My bigger fish seem to be coming off the bank.”

Wolfarth is another pro who doesn’t care about what the weather is like.

“I just need to keep it up tomorrow,” he said. “If I get another quick limit in the boat I will be off to a good start.” 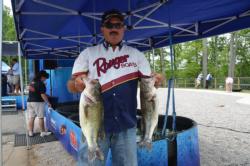 On a day like this most anglers would have been ecstatic to catch a 14-pound, 3-ounce limit like Virginia pro Cavin Young did. But after a livewell issue caused three dead fish for Young, it was obvious that the day could have been much better.

“There are five different spots I am working for about an hour each,” Young continued. “After that I rotate back through. I did cycle through them again but couldn’t upgrade at all.”

Young is focusing on the transition areas between shallow and deep water. And his primary bait for those areas is a spinnerbait.

“I got hope in two spots that I let rest just for tomorrow, and if I get a little wind I wouldn’t complain,” he said. 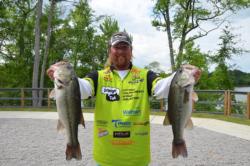 One wouldn’t generally expect too much from a guy who just fished the Walmart FLW Tour on Kentucky Lake last weekend, but then again, Straight Talk pro J.T. Kenney isn’t just any angler. With only a day and a half of practice, Kenney now finds himself in fifth place overall after scrounging out a limit worth 13 pounds, 5 ounces.

“I pretty much fished the conditions today,” said the Palm Bay, Fla., pro. “Since I didn’t find much in practice (two fish total) I went junk fishing.”

“I caught some deep, some shallow and some on a topwater,” Kenney continued. “I’m not sure I can do it again tomorrow – that’s the problem with junk fishing. I just plan on running new water and fishing.”

Rounding out the top-10 pros: 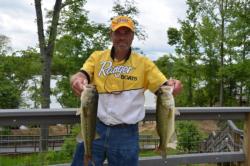 David Ball of Cedar Grove, N.C., brought in the heaviest bag among the co-anglers to take the lead with a weight of 11 pounds, 6 ounces.

The common theme with Ball was covering a lot of water and throwing whatever bait he could at the fish.

“I had a good draw and good fortune,” said Ball. “I feel confident that I can catch some more good ones tomorrow.” 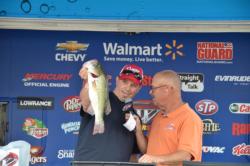 Big bass honors in the Co-angler Division went to Jason Sherwood of Damascus, Md., with a 4-pound, 2-ounce fish.

Anglers will take off from Nutbush Park North located at 115 Jack Wade Farm Road in Henderson, N.C., 6 a.m. daily. Friday’s weigh-in will be held at the marina beginning at 2 p.m. Saturday’s final weigh-in will be held at Walmart, located at 200 North Cooper Road in Henderson starting at 3 p.m. Takeoffs and weigh-ins are free and open to the public.