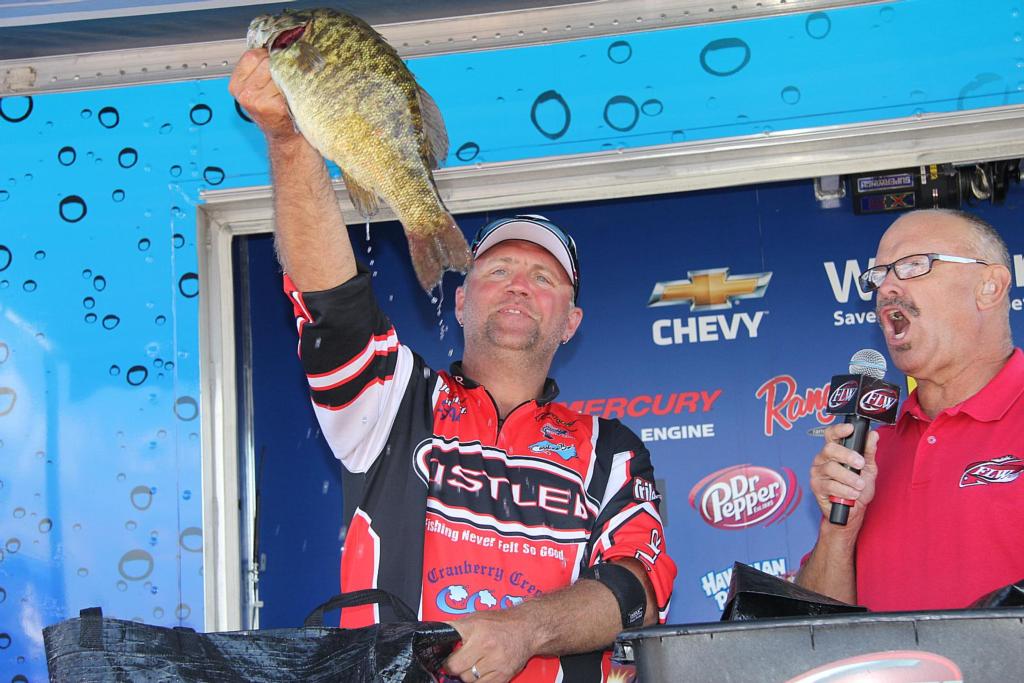 Stois, from Fairview Park, Ohio, placed fourth on day one with 17-15, advanced to first place on day two with 15-3 and sealed the deal with 18-5 in the final round. His three-day total of 51-7 gave him a 3-pound margin of victory. Essential to his success, Stois said, was a rod that gave him plenty of backbone for boating big fish, but the right amount of feeling to detect strikes that were, at times, 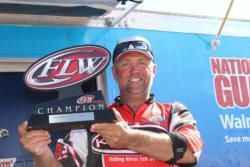 “I can’t stress enough the importance of a good rod,” Stois said. “Especially with the way the winds were this week, it was important to feel those light bites.”

Stois said his choice of drop-shot baits was also important. He used Hooker’s Tackle Widow Sticks and the Hag’s Tornado F-4. He also mixed in some Berkley Gulp and Yamoto Shad Shape Worms, but the atypical shapes of the Widow Sticks and F-4 seemed to attract the most attention.

Stois gave a shout-out to fourth-place pro Derek Strub, who encouraged him to fish the event. The two competitors, met during an EverStart event on Lake Erie, struck up a friendship and Strub knew his pal could do well in this tournament. As fate would have it, both led their divisions on day two, so they found themselves paired together for the final round.

“Derek called me and said “Joe you have to fish the 1000 Islands, it’s beautiful and you’ve got to see 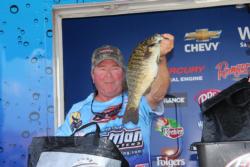 it,” Stois said.”I came up on Tuesday night and we prefished a little bit on Wednesday and I ended up (fishing) with him again today.”

Hometown favorite, Capt. Rich Clarke works as a fishing guide in the 1000 Islands region. His skills and experience delivered a second-place finish with 48-7. Clarke took third place on day one with 18-0, only to slip three spots to sixth the next day with 11-13. In the final round, he caught his best bag of the event – a limit that weighed 18-10 and gave him the second-place spot with 48-7.

Clarke, who caught his fish on a spinnerbait and drop-shots with a Poor Boys goby said he enjoyed his time on the water: “This week, I fished for largemouth bass and smallmouth. Today, I was in my element – smallmouth in the river.”

At the end of day one, Stephen Kocell, of Waxhaw, N.C. and James Mignanelli, of Harmony, Penn. tied 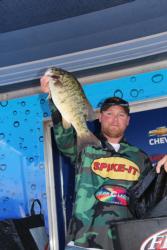 for the top spot at 18-10. Kocell pulled away on day two and placed second, while Mignanelli took third. In the final round, it was Mignanelli who earned the advantage, this time with his 16-pound sack, which kept him in third place with 47-5. Kocell slipped back two spots to fourth with 46-6, while Roberto Stracccini, of Nepean, Ont. stayed at fifth with 46-0.

Rounding out the top-10 co-angler leaders at the EverStart Series 1000 Islands event: