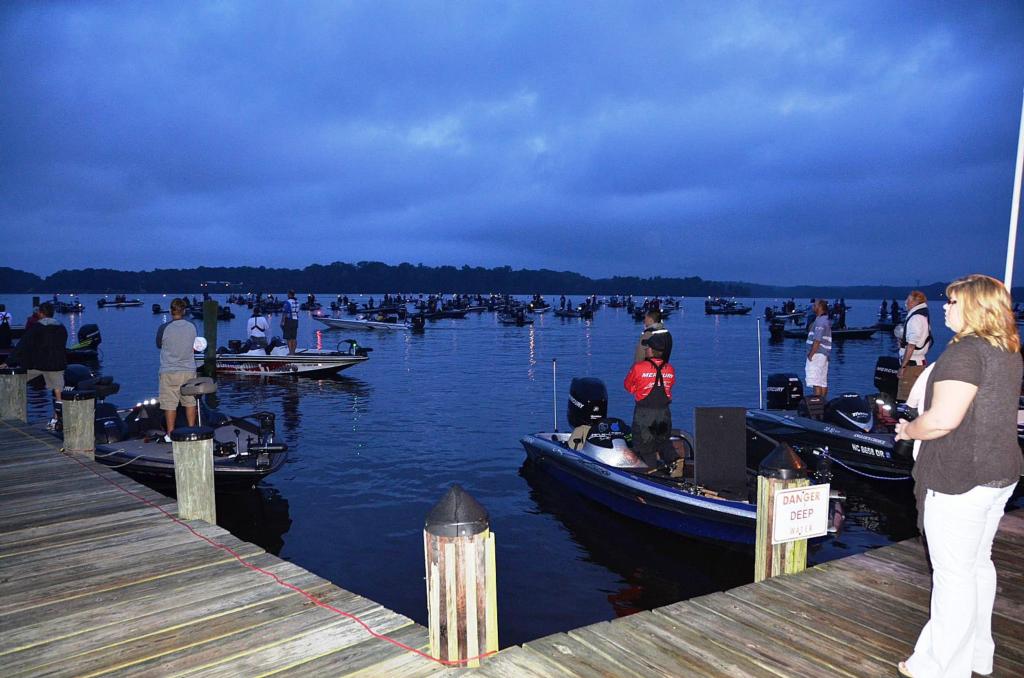 Not surprisingly, anglers will have plenty of strategic decisions to make as they probe the 405-mile historic waterway ensconced by the nation’s capital. As the fourth largest river along the Atlantic Coast and 21st largest river in the United States, the Potomac should offer anglers plenty of room to maneuver this week, although it appears that a few sections of the waterway – namely Belmont Bay, Mattawoman Creek and Aquia Creek – will likely draw the most attention.

However, grinding out a tournament title this week will be far from easy. Anglers will not only have to deal with the usual rigors of river fishing, but they will also have to successfully navigate the intricacies of a tidal fishery as well. Making a decision whether to run the tides or stay put and pick apart preferred honeyholes over the course of today’s action will be yet another choice that could make or break an angler.

The presence of isolated thunderstorms could prove to change the dynamic as well for many in the field as the National Weather Service is predicting a host of inclement weather right through the 2 p.m. hour. In short, it appears exceedingly likely that anglers will have to contend with more variables than usual this week in order to walk away with the coveted title.

During EverStart Series competition, pros supply the boats, fish from the front deck against other pros and control boat movement. Co-anglers fish from the back deck and compete against other co-anglers. Anglers are permitted to weigh in their best five bass each day. Every angler who receives weight credit in a tournament earns points that determine angler standings. The full field competes on days one and two, with the top-10 pros and top 10 co-anglers advancing to Saturday’s final round of competition based on their two-day accumulated weight. Winners ultimately will be determined by the heaviest accumulated weight from all three days.

Anglers will take off from Smallwood State Park located at 2750 Sweden Point Rd. in Marbury, Md., at 6:30 a.m. each day. Weigh-ins on Thursday and Friday will be held at Smallwood State Park beginning at 2:30 p.m. On Saturday, weigh-in will be held at the Walmart, located at 40 Drury Drive in La Plata, Md., beginning at 4 p.m. Takeoffs and weigh-ins are free and open to the public.

Want to watch the weigh in live but can’t make it in person? Then tune into FLW Live on FLWOutdoors.com shortly before 2:30 p.m. Eastern Time to watch live streaming video and audio of today’s opening-round weigh in.

Wind: From the southeast at 3-7 mph