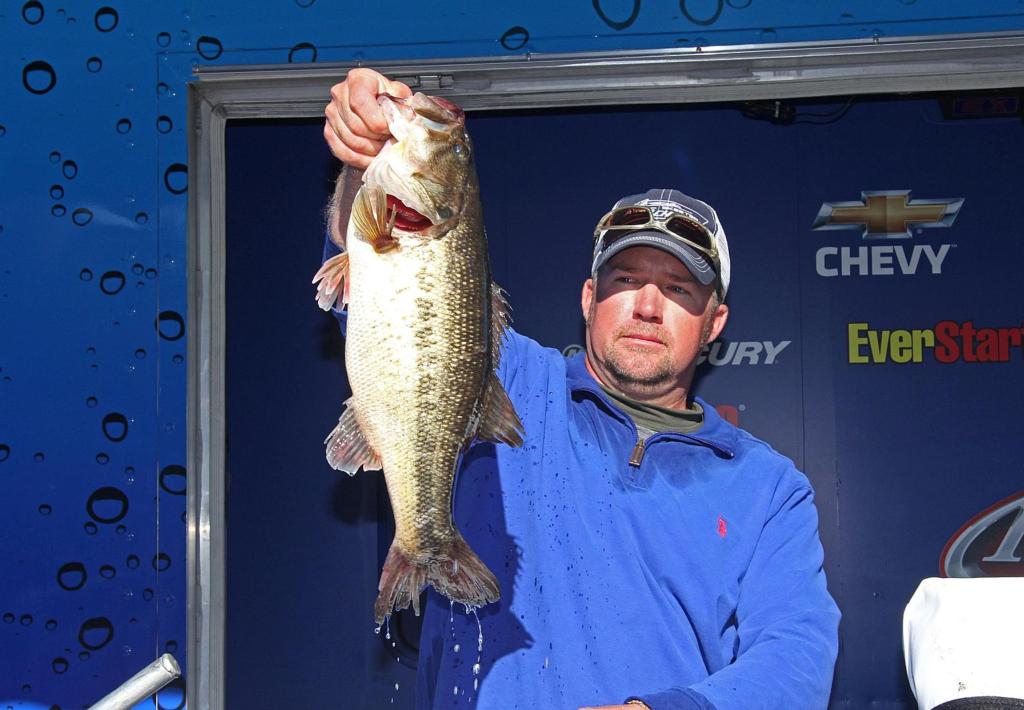 HEMPHILL, Texas – Kevin Burks of Kountze, Texas, saw his place in the standings rise each day, but the opportunity level seemed to head in the opposite direction as he marched toward what would be a winning performance in the EverStart Series Texas Division event on Toledo Bend.

Burks placed fourth on day one with 8 pounds, 14 ounces and gained a notch on day two by catching 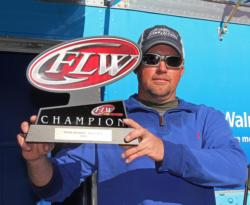 12-3. He improved two more spots in the final round by catching his biggest sack of the tournament (15-5) and recording a three-day total of 36-6.

“Each day got tougher and tougher and today was even tougher, but I got five bites and I caught all of them,” Burks said. “I caught my fish on a green pumpkin lizard with a little chartreuse on it because I was slowing down, just trying to get a bite. I fished a Texas rig. I fished a Rat-L-Trap and a ChatterBait, but today it seemed like they didn’t want anything moving. Today, in the bluebird conditions, I started slowing down. I couldn’t get bit on anything else.”

Burks found himself fishing prespawners around grass and scattered stumps in 2 to 8 feet. Consistency never materialized, so he had to remain alert for opportunities.

“There wasn’t really a hot period; it was just kind of a grind,” Burks said. “There was just one here, one there. About 10 o’clock seemed to be the better period.” 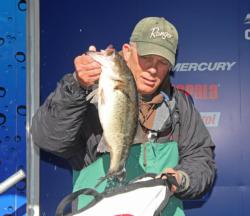 David Kayda of Huffman, Texas, had a good start on Toledo Bend, with his 10th-place day-one catch of 7-14. He rose five spots on day two by upping his productivity to 12-10. In the final round, he caught 13-1 and placed second with 33-9.

“I had some really good partners this week – I fished with Todd Castledine yesterday and Keith Combs today and you can’t get any better that that,” Kayda said. “I caught the majority of my fish this week on a 3/8-ounce ChatterBait with a Lake Fork swimbait.”

Jim Furr of Hemphill, Texas, led day two but slipped to third with 32-6. Sure, a win would’ve been 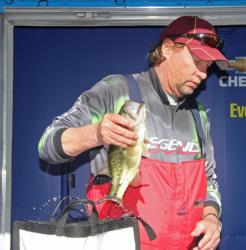 great, but Furr turned in an amazing day-two comeback when he rose 53 spots after a dismal day-one performance of just 2-3 with 20-14 (the event’s heaviest co-angler bag).

On day three, Furr fished with pro winner Denny Brauer and had to make the most of limited opportunities, while his partner fished docks. He caught two of his keepers on a Rat-L-Trap and two on a Texas-rigged Reaction Innovations Sweet Beaver for a bag weighing 9-5.

“I didn’t have a whole lot to fish, but I made the best of it,” Furr said. “I started out with a wacky worm. I thought they’d eat something small, but they wouldn’t do it. As soon as he’d go around the corner of the dock, I’d throw the Rat-L-Trap and then I’d get one pitch at the dock.” 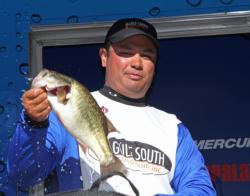 Day-one leader Howard Hartley of Berwick, La., had a tough time on day two and slipped down to ninth. In the final round, he regained some of that ground and finished fourth with 31-4. He caught his fish on a Carolina rig with a Reaction Innovations Skinny Dipper and a 3/4-ounce black/blue football head with a green pumpkin Zoom Super Chunk.

“They ate the Carolina rig pretty good when I first started throwing it, but it slowed down a little and I had to change up,” Hartley said.

Elton Brock of Denton, Texas, went from 15th place to second on day two, but the final round proved 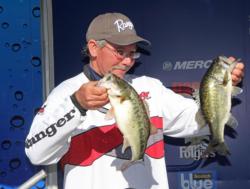 stingy and he ended in fifth with 26-9. Brock caught his final-round fish on a Carolina rig with a green pumpkin worm. He said he enjoyed the week’s learning experience.

“It was an education in diversity fishing,” Brock said. “I fished shallow, deep and mid-depths this week. I even caught my first Alabama rig fish.”

Rounding out the top-10 co-anglers at the EverStart Series Toledo Bend event: