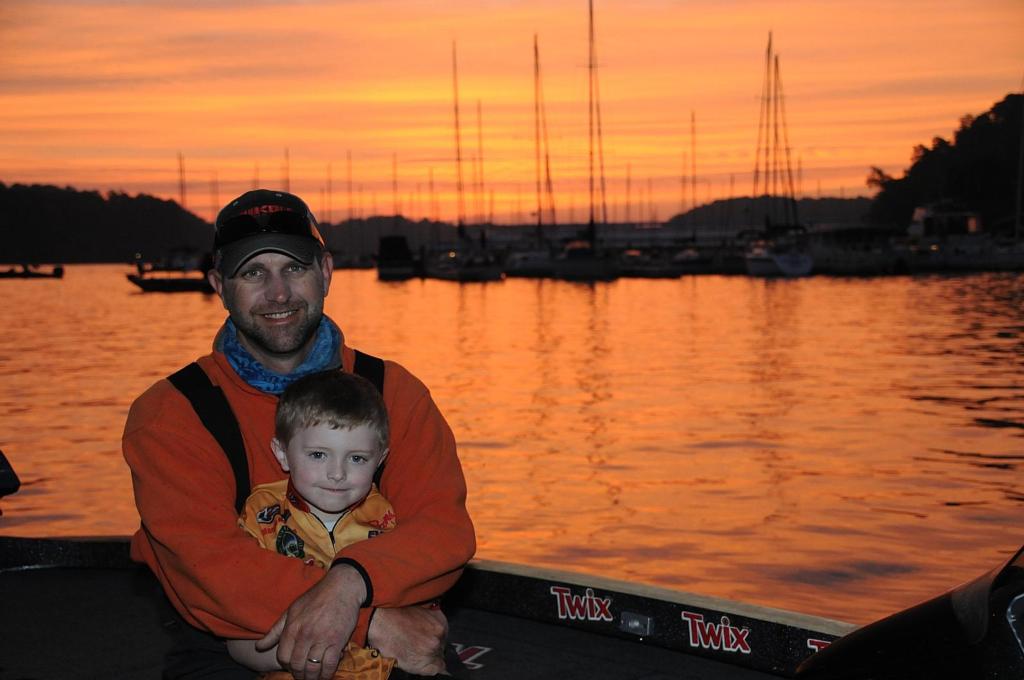 During 2013, the EverStart Series has set up shop on a couple of the best lakes along the TVA chain at their premium times.

Back in February, the Southeast Division visited Lake Guntersville and saw a bevy of limits in the upper 20’s with two bags over 30 pounds. That event was won with a three-day total of 86 pounds, 7 ounces.

Just last week the Central Division stopped on the banks of Pickwick Lake and again big TVA bass were brought to the scales with multiple mid 20-pound sacks and a massive 33-pound limit that boggled a few minds. That event was won with a three-day total of 79 pounds, 11 ounces.

Now it’s Wheeler’s turn to show off its bass stock as the Southeast Division wraps up its four-tournament schedule on the lake “in the middle.”

Can Wheeler Lake even hold a Snoopy rod to what its neighbors to the east and west have showcased this year in terms of big catches?

With fishing conditions again at a premium this week, Wheeler is going to have a chance to show out as well, and many anglers think Wheeler will not disappoint either.

“The water is at full pool, the water temperature is 65 degrees, there is a lot of current in the system – yeah they’re biting,” said Twix pro Jonathan Newton of nearby Rogersville, Ala. “This lake is really going to shine today. A 30-pound bag might be a stretch, but this lake is definitely capable of some mid 20’s right now and I think we’ll see one or two of those kinds of bags today.”

Massive amounts of water continue to roll through the TVA system in the wake of several weeks of heavy rainfall. Guntersville is high and Pickwick is out of the banks, but Newton says Wheeler is right at full pool as of this morning.

“It looks higher farther up the river, especially Decatur and above because it pinches the water off up there and it backs up a foot or two higher,” he explained. “But down here at the dam, it’s pool level.”

“The water temperatures are still low and the current is strong – those two factors combined will help the bite tremendously this week,” Newton continued. “That current just stacks these fish up in such 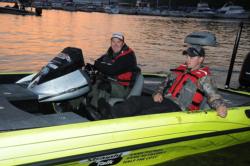 predictable locations – just like it did at Pickwick last week – and we’ll see that here, too. Everyone is going to catch a bunch of bass, no doubt.”

Also at stake this week is a ticket to the Forrest Wood Cup via being the EverStart Series Southeastern Division points leader.

Currently leading the race is Straight Talk pro Scott Canterbury with 564 points. Just six points behind him is Tony Davis of Williston, Fla. followed by Barry Wilson of Birmingham, Ala., who is 17 points off the lead.

Both Davis and Wilson owned up to having great practices and will be ready to pounce should Canterbury stumble.

“I feel good about getting into the teens weight wise today,” Davis said. “I’m a shallow-water fisherman from Florida so conditions are in my favor compared to what they would be if the water was low. The water has come up and the fish came up with it. There is a new moon which should help keep them up for a few more days.”

“I’ve got a few places I’m pretty excited about getting to this morning,” Davis said nervously. “The fish are there I’m just worried about other boats getting there first. I’ve got a late boat draw and these are small areas – a couple of boats in each spot could hurt them.” 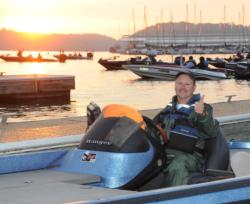 Wilson also likes what he has found this week.

“I had a couple of strong 20-pound plus days in practice,” he said. “I’ve caught good fish both shallow and deep. Conditions are prime up and down the lake for big bags. The water is still cold for this time of year and the current is running hard. The fish are wadded up in tight groups and once an angler gets on one of those type places he can accumulate a lot of weight in a hurry.”

The buzz among the early-morning dock talk was mostly about anglers who are willing to take a gamble to make a long run of some 60 miles to the Guntersville dam to work the heavy currents in the tailrace.

A similar pattern was responsible for some top finishes at the Pickwick event last week when pros locked into Wilson and fished the Wheeler dam tailrace. Locking is not allowed in this event, however, a long run up the Tennessee River to the next dam is certainly in play and will probably be attempted today. 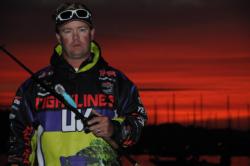 Word is a high 20-pound bag is possible up there but there is only enough room for about four or five boats on the premium stuff. Making a 60-mile run only to find a dozen other boats already crammed into the juice could be a disaster.

Anglers will take off from Joe Wheeler State Park at 4601 McLean Drive in Rogersville, Ala., at 6 a.m. each day. Weigh-in will be held at the takeoff location on Thursday and Friday beginning at 2 p.m. Saturday’s final weigh-in will be held at Walmart located at 3100 Hough Road in Florence, Ala. beginning at 3 p.m. Takeoffs and weigh-ins are free and open to the public.

The EverStart Series tournament on Wheeler Lake is being hosted by the Florence/Lauderdale Tourism Bureau.