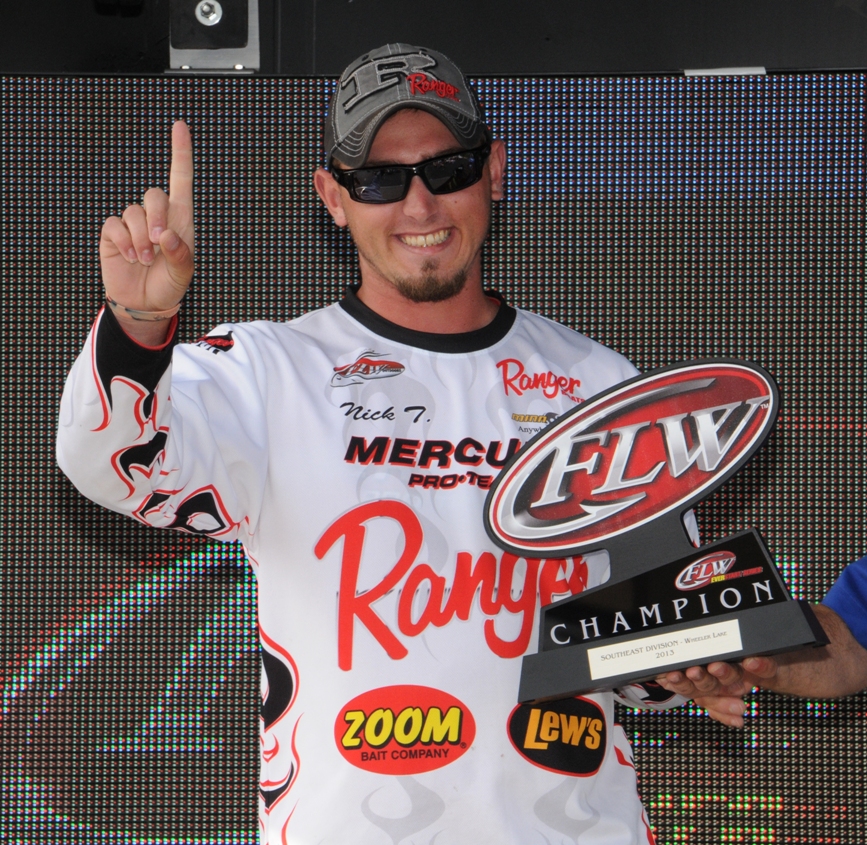 ROGERSVILLE, Ala. – Perhaps one of the proudest moments a father can experience is to see his son take his first swing in the “family business” and connect.

Today, well-known Florida pro Pete Thliveros got see his son, Nick, do that as Nick Thliveros, fishing in his first EverStart Series event as a co-angler, emerged victorious.

“This is awesome, obviously I’ve had a good teacher,” the 19-year old Thliveros said of his dad. “He did a pretty good job.” 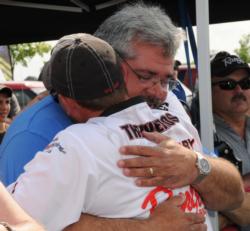 Apparently so. Thliveros’ closing-round effort of 17 pounds, 9 ounces was his best limit of the week, giving him a three-day total of 48 pounds, 12 ounces and winning by over 4 pounds.

As for his winning lures, the young Thliveros said most of his fish came on a 3/8-ounce Chatterbait tipped with a Zoom Ultra-vibe Speedcraw and fished on 17-pound test Trilene fluorocarbon.

The color of his Chatterbait was pumpkin color with a little brass flash and a gold blade.

“I called the color copperhead because it reaches out and bites them,” Thliveros said. “I’d put a little chartreuse on the pinchers of the vibe craw and I think that made a difference. I bet I caught a 100 bass on that lure since practice started. And when they would get it, they would choke it, I mean you had to get the pliers out to remove the lure from the back of their throats – the bite was ferocious.”

And so the torch has been passed down.

“I’ll be fishing the EverStarts next year on the pro side,” he added. “And I’m really looking forward to it.”

Prince found most of his success during the week on spinnerbaits. 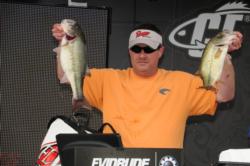 Frye’s primary lures during the week were 3/8- and 1/2-ounce swimjigs teamed with Big Dog Baits Tailwaggers in a Christmas tree color.

Towry, Cupps round out top five 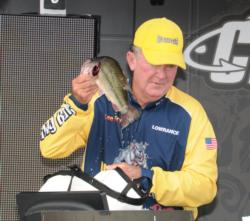 Scott Towry of Lawrenceburg, Tenn., finished fourth in the Co-angler Divison with a three-day total of 42 pounds, 13 ounces worth $2,724.

Rounding out the top-10 co-anglers in the EverStart Series event on Wheeler: