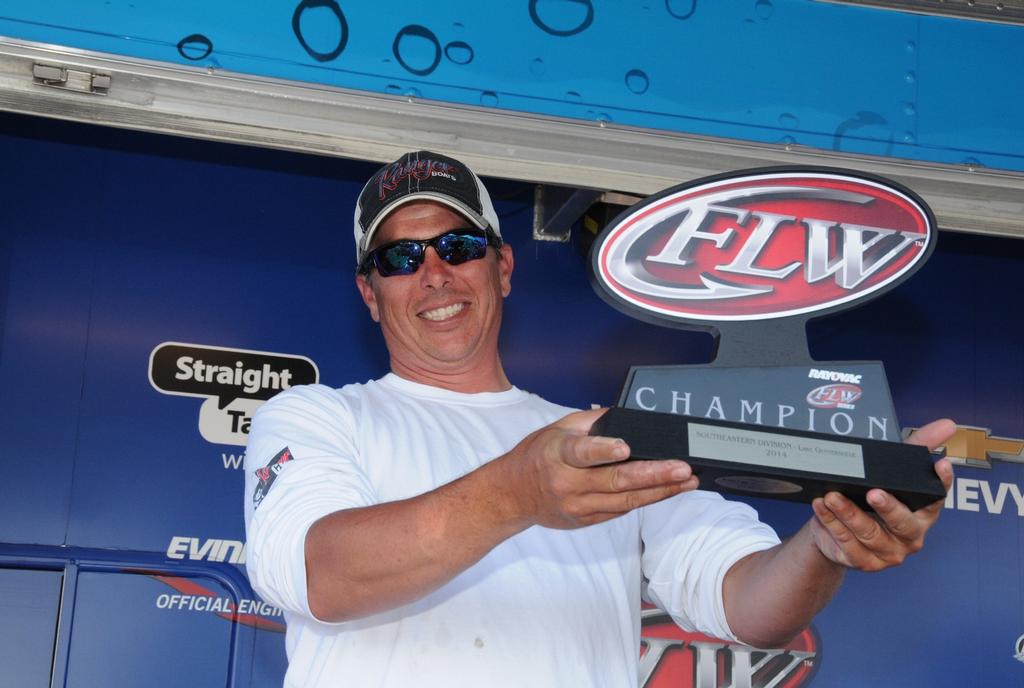 GUNTERSVILLE, Ala. – What’s the fastest way to learn the most about bass fishing? Become a co-angler in FLW Outdoors events.

Malcolm Acree of Clearwater, Fla., is a testament to turning learning into winning with his recent victory in the Rayovac FLW Series event on Lake Guntersville.

In three days Acree fished with pros Allen Duke, Greg Willimon and Ron Nelson to amass a total of 50 pounds, 12 ounces of Guntersville bass to win a Ranger Z117.

“This really hasn’t sunk in yet,” Acree said after being named the winner. “I just started bass fishing about four years ago. And I figured the best way to learn the most in the fastest way possible was to get out here as co-angler, get in the boat with these guys and learn from the best firsthand. The experience has been more than a bargain. And now I’ve won. Unreal.”

On day one, Acree learned how to crank offshore humps with a Strike King 6-XD while fishing with Duke to the tune of 18 pounds, 8 ounces.

On day two, Acree was schooled in fishing a Senko with Willimon for 20 pounds, 6 ounces.

Today, he fished with day-two leader Nelson and took to skipping a Gambler Big E-Z around docks for 11 pounds, 14 ounces to hold his lead and win the event.

“The best part is I get to take all these techniques back home and use them to do well in local events,” Acree added. “What more could you want?” 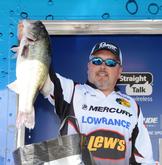 Randy Gardner of Wetumpka, Ala., finished second with a three-day total of 48 pounds, 9 ounces worth $5,000.

Gardner’s primary weapon during the week was a wacky-rigged Senko (green pumpkin) on a VMC #2 1/16th-ounce hook tied to 10-pound test fluorocarbon line.

He also used a Big Bite baits Cane Thumper swimbait on a ¾-ounce head when fishing out deeper. 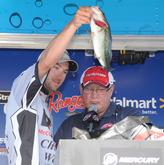 When fishing up shallow New pitched a Charlie’s Worms Brush Buster creature bait on a 3/8-ounce weight pitched around docks and grass.

Young, Savage round out top five

Young used a football jig with a Strike King Rage Craw trailer (green pumpkin) on 15-pound test fluorocarbon much of the week as well as a Carolina-rigged Rage Craw dipped in chartreuse die.

Dererk Savage of Port St. Lucie, Fla., rounded out the top-five co-anglers with a three-day total of 43 pounds, 8 ounces worth $3,000.

Savage found his success with football jig all week.

Rounding out the top-10 co-anglers in the Rayovac FLW Series event on Lake Guntersville: