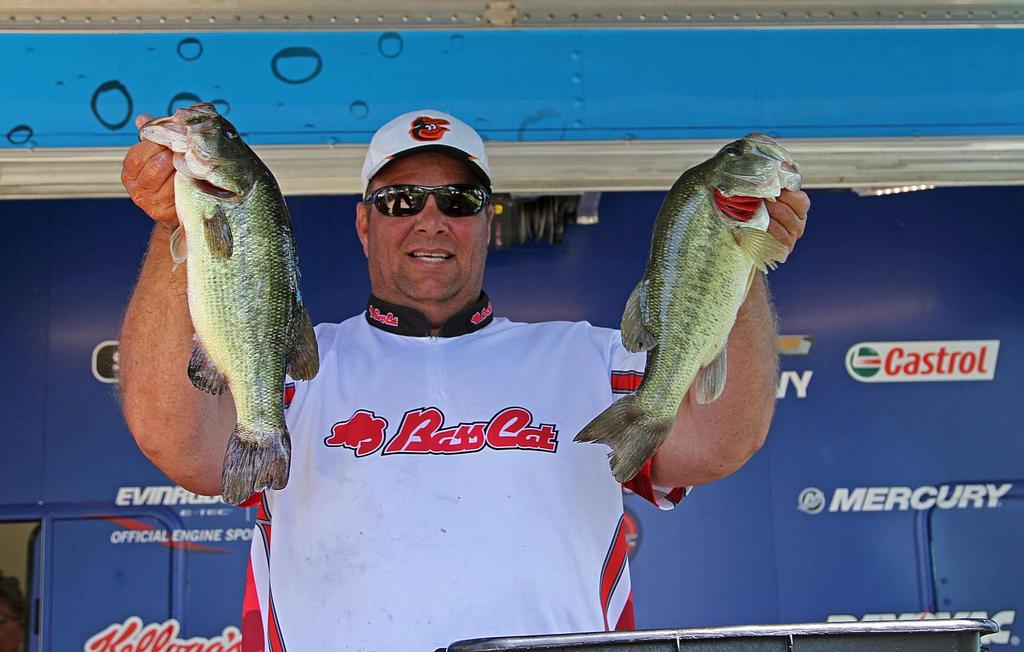 MARBURY, Md. – He couldn’t find the quality, but picking through the quantity enabled Gregory Wilder, of Brooklyn Park, Md., to take over the day-two lead in the Rayovac FLW Series Northern Division event on the Potomac River.

Wilder moved up from second place on day one by adding a day-two limit of 15 pounds, 3 ounces to his opening weight of 17-4 and moved to the top with a total of 32-7.

“I did the same thing I did (on day one) and ran the same routes,” says Wilder. “I didn’t get the big bites I had yesterday, but I caught a good amount of fish so it was a pretty good day.”

Essential to his success, Wilder thinks, was having viable spots for high and low water. Today the tide 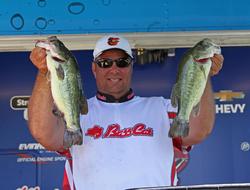 will run out for about two hours around the tournament site on Mattawoman Creek, with incoming water most of the morning and early afternoon. Depending on where they fish, anglers caught a piece of the afternoon’s incoming cycle before time expired.

“I started out by staying in the deeper water on the outside edges of the grass beds that were dried up (by the morning’s outgoing tide),” Wilder says of Friday’s fishing. “The low water pulled fish to the outside. Then, I just fished the grass bed when the higher tide came up. I jumped around to about five different spots.”

Wilder caught his fish on Chatterbaits and flipping presentations.

“It was just grinding,” he says of his day’s slow, methodical approach. “Just staying at it and knowing that they live there.” 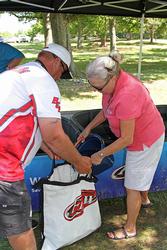 Again today, Wilder stresses that he was pleasantly surprised with how his tournament performance contrasted his disappointing practice.

“I had seen some fish and knew there were some fish in the areas I was fishing,” he says. “I was lucky enough to get them.”

Day two brought significantly more sunlight and heat than the first day, however, and more wind seemed to counteract the heat and break up the surface more.

“I thought the (increased) sun was going to affect the bite, but I don’t think it did,” Wilder says. “It might have affected the big bites, but I caught more fish today than yesterday, so maybe some more fish are moving in.” 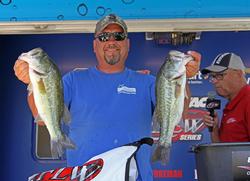 second today with 30-11. For him, improvement required an about face from his day-one strategy.

Novack started his day by running far south of Mattawoman Creek, given that the incoming tide starts earlier in the areas closer to the ocean.

“I wanted to see what the bite was like at the time,” he explains. “The tide was coming in all day until about 1:30 and I wanted to see how the tide affected each spot as I continued north up the river.

“I like fishing incoming tide more than outgoing tide because everyone else doesn’t like it. I improve on strengths that other people don’t particularly care about. I actually use it as a technique.”

Novack says he caught his fish on a jig with a craw trailer.

“I was just picking about weeds and lily pads and grinding through it,” he says.

Hall rockets up to third 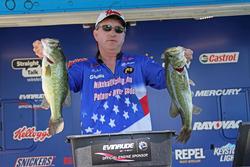 Apparently, Michael Hall, of Annandale, Va., wasn’t too pleased with placing 43rd on day one and that displeasure was manifested in a huge jump to third on day two. Hall managed it on the strength of his 17-pound, 15-ounce limit – the largest stringer of the event. His two-day total now sits at 30-2.

Hall, who won the Potomac event in 2005 says the key to his success was being to stay on top of the fish’s movement. That proved particularly important today, given the greater concentration of boats in his target area.

“Yesterday, I had two boats sharing the area with me; today I had 20-25,” Hall says. “The difference was knowing how the fish move with the tide. I moved around a lot.

“Also, I fished more drops and edges than I did yesterday. I targeted big fish. I had 12-3 yesterday, I knew I needed a big bag and I went after it.”

Hall kept mum on his bait selection, but he notes that precise presentations were essential. He caught two of his biggest fish on the mornings outgoing tide, added two more keeper during the incoming cycle, and then bagged his fifth weight fish during the afternoon’s falling water.

Otis Darnell, of Linden, Va., also gained a big chunk of real estate by moving up from 24th to fourth. 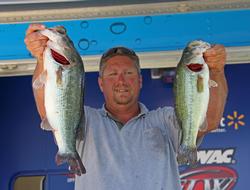 Darnell targeted spatterdock fields in the morning with flipping presentations. Later in the morning, he moved on to his next spot, where his co-angler provided a critical clue on soft plastic bait color that ended up making a significant difference in his early productivity.

“My better fish came on flipping plastics, but then I went to my reaction baits later in the day,” Darnell says. “I caught them all day long. And they were biting when I left. I had figured them out. I caught 40 fish today and tomorrow I think I can catch 60-70.” 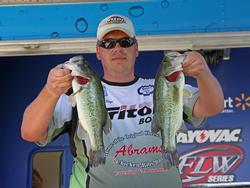 After leading day one, William Kemp, of Scotland Neck, N.C., yielded four spots and enters the final round in fifth place with 29-11. A greater number of boats in the area he fished took a toll on his productivity.

“I really struggled; my water had gotten a little bit dirtier,” Kemp says. “I was fishing one little key area amid all the boats and it was little dirtier. I only had three bites in there and I had to run around the rest of the day.

“I only had four fish at 1 o’clock, so I ran back in here (to Mattawoman) culled two or three times. We got what we got and were happy to have them.”

Kemp says he caught all of his day-two fish on flipping baits. 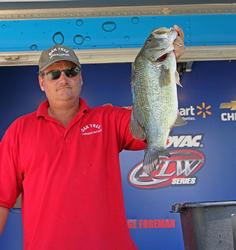 In the co-angler division, Kermit Crowder, of Matoaca, Va., held onto the lead he established on day 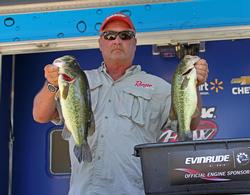 Day two, he says, was a 180-degree switch from the opening round, at least in terms of where and how he fished. Yesterday, soft plastics produced his bites, but today it was Chatterbaits.

“I absolutely did everything different today,” Crowder says.

Fishing grass edges in about 3 feet, he notes that aggressive presentations were the key for him.

“I was jerking it along, snagging the grass and snatching it out,” Crowder adds. “Most every time I’d do that, they’d snatch it out.”

Crowder said he experienced a flurry of activity that started around 10 o’clock. 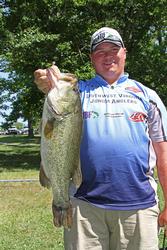