Guntersville Setting Up to be a Slugfest 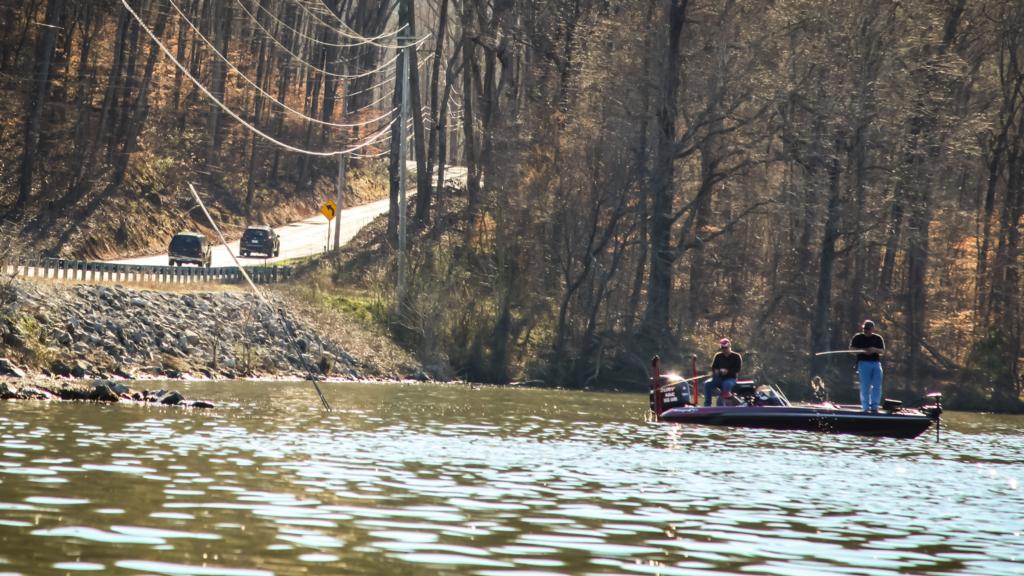 Lake Guntersville is a top-notch lake even when the fishing is bad, but all the signs are pointing toward something exceptional when the Rayovac FLW Series Southeast Division stops there this week for a tournament presented by Mercury. The Walmart Bass Fishing League Choo Choo Division tournament on March 7 featured five bags that topped 30 pounds, and the fishing only projects to get better.

Damien Willis, who hails from Jacksonville, Ala., finished third in the BFL with 31 pounds, 1 ounce, and he says he’s extremely jealous of everyone fishing in the Rayovac this week.

“Guntersville has been tough this winter, and we had ice in the backs of the coves just a few weeks ago,” says Willis. “But, I think it is about to bust wide open. I think it will take 18 pounds per day to get a check.”

Willis isn’t alone in his optimism. Second-place BFL finisher Wayne Boyd thought that the Rayovac’s three-day winning weight could approach 80 pounds. Bill Bowling, the winner of the BFL, also thought that 80 pounds could win, and very nearly pushed his prediction to the 90-pound mark.

Though a 30-pound average might be pie in the sky, the conditions seem ripe to at least make it a possibility. The weather leading up to the Rayovac is forecast to be about as good as you can ask for, with daily highs in the 60s and 70s and only a little rain. That should keep the water from muddying up too much and could potentially warm it into the upper 50s or low 60s.

The State of the Grass

With the water warming rapidly from the 40s, that side of the big-bass equation seems to be taken care of. However, grass content and water clarity are other matters. Known as a grass lake, Guntersville was obviously grassy until quite recently.

“There is still grass, but it isn’t as thick as it was in the past,” says Marshal Deakins, Walmart FLW Tour rookie and the winner of multiple BFL tournaments on Guntersville. He’s fishing the Rayovac FLW Series event this week. “I think the cold water and the high current cleared a lot of it out.”

“The current cleared out a lot of the hydrilla,” echoes Willis. “But the amount of eelgrass has really exploded in the past two years. It’s primarily up the river, and it’s growing all over the place there.”

Finding productive grass is nearly always important when it is present. Though the Rayovac may not be won off of grass, aquatic vegetation will certainly play a role for some anglers, and the absence of large swathes of hydrilla could affect the playing field in some less obvious ways.

The fact of the matter is that grass does a lot to keep the water clear. Not having it could mean that the water muddies up too much. Fortunately, there isn’t a ton of rain in the forecast, and the water was at a pretty good starting point before this week.

“The water color was what I call ‘springtime water,’” says Bowling about the conditions the day he won the BFL. “There was about 1 to 1 1/2 feet of visibility in the main channel, and it had kind of a chalky color to it but wasn’t too muddy.”

Deakins echoed Bowling’s assessment of the water color in the main channel, but he was quick to point out that it should be clearing as the week goes on. Also, most anglers are reporting that the coves are quite a bit clearer. With the fish heading that way, the water clarity might not end up mattering too much.

The conditions are ripe for the fish to make a big move toward their spawning areas. Unless the weather is exceptionally warm they are unlikely to actually spawn by tournament time, but the majority of the fish in the lake will almost certainly be somewhere in that prespawn cycle – one of the best times for anglers to catch big bags.

As far as techniques go, this tournament should feature a smorgasbord of typical Guntersville and Tennessee River techniques. From umbrella rigs, football jigs and swimbaits for deeper prespawn fish, to lipless crankbaits, swim jigs, ChatterBaits and spinnerbaits for the shallower bass, a wide range of baits should be in play. If the water muddies up, expect to see lots of vibrating and rattling baits take center stage. If it clears up, you can look for the opposite. Depending on where in the prespawn push the winner intercepts his fish, nearly any bait and technique could win.

The only thing we know for sure: Whoever wins will catch them big.