Kentucky Lake Could be Tough 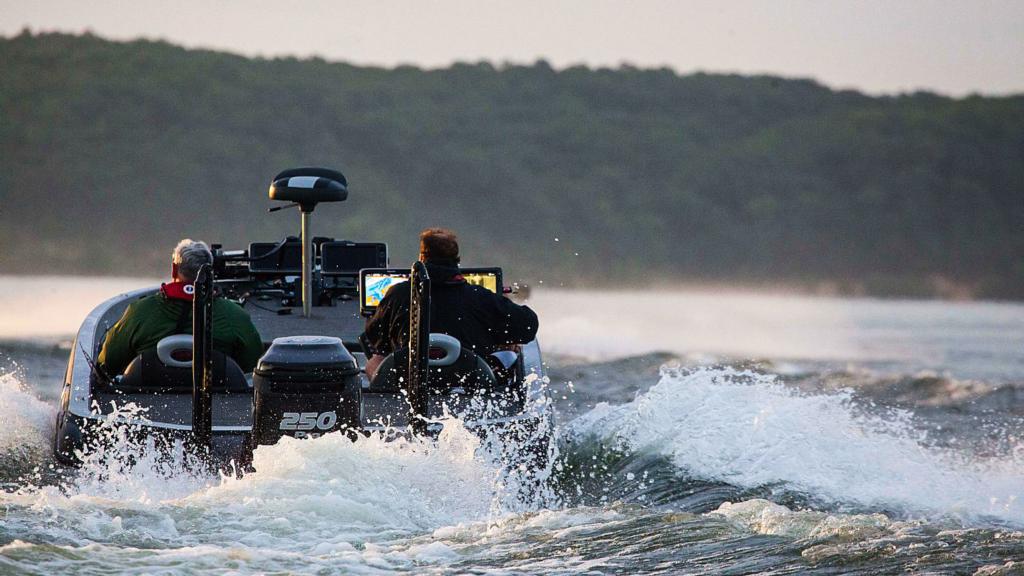 Bass at the center of everyone’s attention in the Rayovac FLW Series event on Kentucky Lake next weekend might not know whether they’re coming or going when the tournament kicks off.

Though recent high water and spawning weather made the lake a flipper’s paradise a week or so ago, the vast Tennessee River impoundment has fallen since, which typically means that the fish that were bedding in the flooded buck brush will go out to the ledges faster than normal. But then again, there’s the full moon factor. It’s waxing, and could compel more fish to come in to the shallows to spawn. If so, the flippers could still be in business.

Actually, none of it is cut and dry, and veteran Kentucky Lake anglers such as Brandon Hunter of Benton, Ky., think that the tournament might set up to be a catch-as-catch-can event, with no firm pattern in place. Usually when that happens, the fortunate few who locate a sizeable concentration of ledge fish in some fairly secluded stretch do well.

“I missed out on all the Kentucky Lake fun when we were at Beaver Lake,” says Hunter, a Walmart FLW Tour pro as well as a Rayovac regular in the Central Division. He fished the Tour event at Beaver Lake just as the spawn began in earnest at Kentucky Lake. “They really got on them good when the lake was up to about 360 feet. Now it’s back down at about 359, and a lot of fish have pulled out. That doesn’t mean there won’t be some good flipping areas, but when the lake was a foot higher, there were a lot more of them.”

There’s no reason to expect the lake to rise significantly, as there hasn’t been enough rain in the Tennessee Valley recently to suggest a sudden influx of “new” water. However, Kentucky Lake shouldn’t go down much, either, which means the water conditions should at least be stable enough to sustain a late spawn.

Ramie Colson Jr., another Kentucky Lake stick from Cadiz, Ky., shares Hunter’s perspective that fishing is all over the place now. A few fish are bunching up offshore, but he doesn’t think ledge fishing alone will dominate as it does in the summer.

“I’m pretty certain you’re going to be able to mix it up a little – offshore and inshore,” advises Colson. “Rig up both ways, and catch them both ways. I definitely think the shallow-water fishermen will do pretty well, but maybe not get as many bites as they were getting before the lake dropped. There are still enough cruisers and fry-guarders in shallow to make it interesting.”

Besides the lake level, another environmental factor that will play a role in the three-day event is the air temperature. Forecasts call for high temperatures in the 80s, which means warmer water and the likelihood that fish will be migrating offshore.

“The water temperature might trigger one heck of an offshore bite,” says Colson, “but it’s also going to help the shallow bite. Really, the lake is in between, but that’s pretty much how it always is this time of year. You’ll see some 20-pound bags, but it won’t take a 20-pound average to make the top 10. I just don’t think anybody’s going to sit on one spot and pound on them.”

Tournament takeoff time each morning is 6 a.m. out of Moors Resort & Marina at the north end of the lake in Kentucky waters. Weigh-ins Thursday and Friday will begin at 2 p.m. CT at Moors, with the final weigh-in starting at 3 p.m. CT Saturday at the Walmart in Benton, Ky.