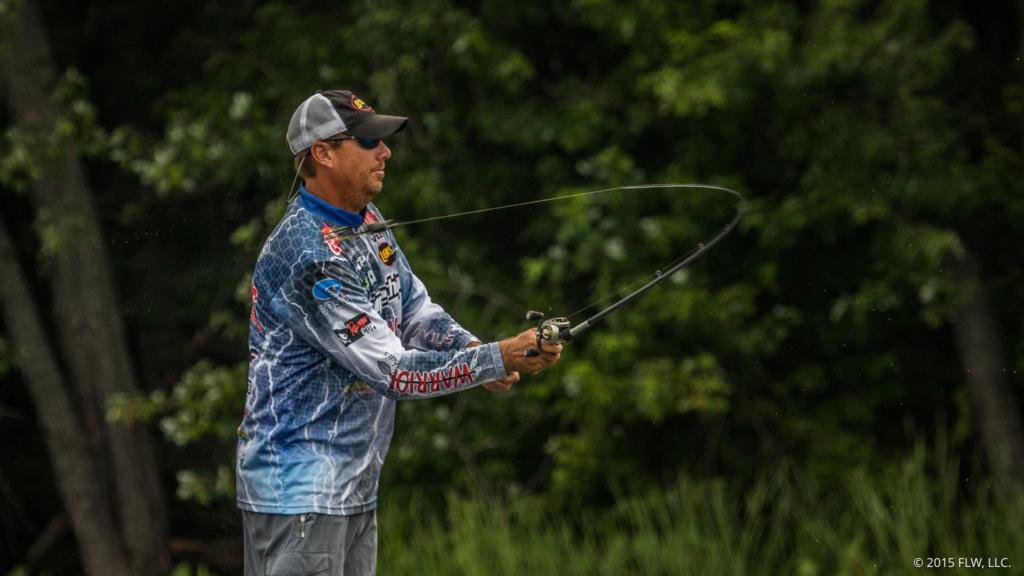 Lake Champlain was rough and wild on day one of the Rayovac FLW Series event presented by Plano, and a bunch of the anglers still got it done in a big way. David Cioppa caught largemouths in the Inland Sea, but the rest of the top guys spread out all over the massive lake. 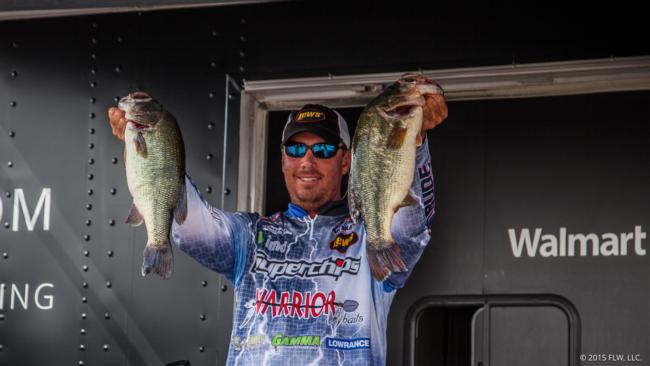 Ocala, Fla., pro Glenn Browne has developed a love for Champlain over the years, and she typically loves him right back. After a great practice, Brown produced when it counted and brought one of two limits that surpassed 22 pounds to the scale.

“I had everything I had by 9 a.m.,” says Browne, who made the run to Ticonderoga’s shallow grass at the south end of the lake. “Everything really worked out right. Every move I made was good.

“I’m not sure about tomorrow,” he adds. “Catching fish isn’t a problem, but I’m not sure I can catch big ones.”

Browne says he caught most of his fish flipping and one on a topwater frog. Not only was he done early, he only needed two spots to catch his weight on the first day.

“I’ve got one little spot in the grass where I caught the first four as fast as I could flip in, but the rest is just going around,” reveals Browne. “I think I’m doing a little different deal than everyone else.” 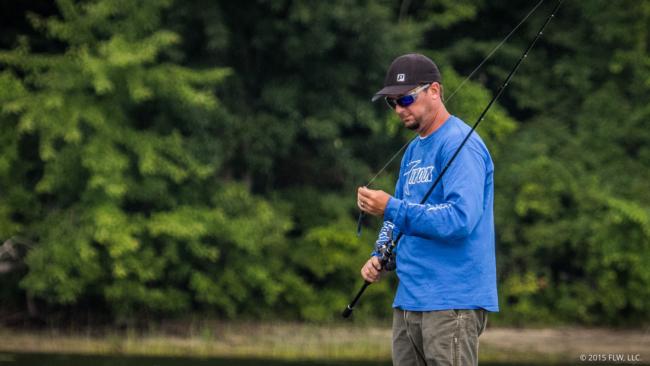 The Keystone Light pro from Maple Grove, Minn., also headed south for his limit and was similarly done pretty early.

“I think I caught about 10 fish,” says Grigsby. “I only have one really good spot, and I hit it twice today and really thoroughly this morning.

“I fished down south until about 11 o’clock when the storm came. Then I ran back north because I didn’t know what it [the weather] was going to do. I ended up catching three good smallmouths up north and culling out the one small one I had in my limit.”

Down south, Grigsby is flipping a Charlie’s Worms Salt Bang-O in the grass for his fish. Though he plans to hit his primary area again on day two, the veteran pro is prepared to fly by the seat of his pants if that doesn’t pan out. 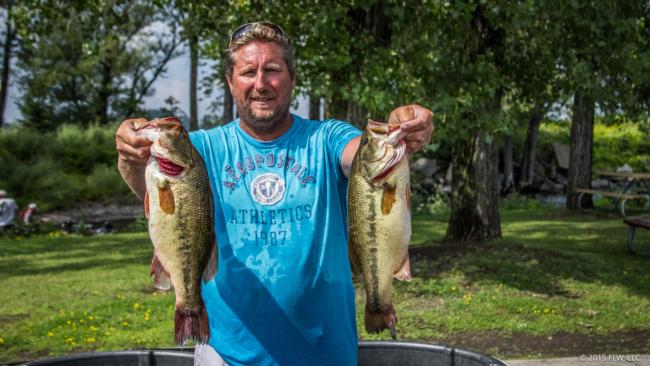 Otis Darnell is a long way from home in Linden, Va., but he seems to be feeling great about his chances in his second time on Champlain.

Darnell says that he caught four or five limits worth of bass on day one and lost a fish that would have gone a long way. He is fishing for largemouths around shallow wood and grass on the north end of the lake with a very specific presentation that he declined to reveal.

“If it gets sunny for me tomorrow I’m gonna jack them big time,” says Darnell. “I have some isolated wood that will have some giants on it. This is only my second time on Champlain, and I should have won this tournament last year [he finished 65th]. I’m doing the same thing I was last year, just in a different place.” 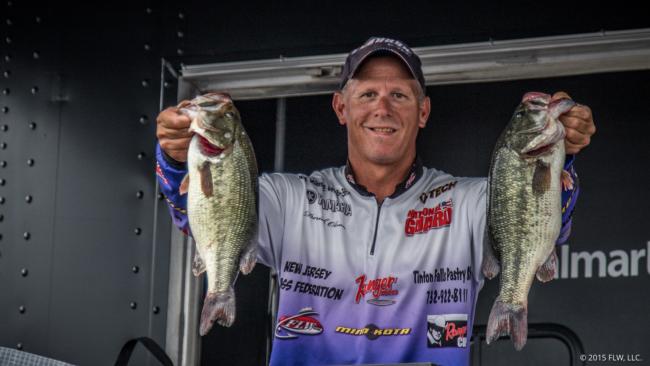 Derick Olson of Honey Brook, Pa., was also on the southern plan. Despite a rough ride back, he handily put himself in contention on day one.

“I’m doing the same thing I was last year [he finished fifth], just using a heavy drop-shot rig in weeds,” explains Olson. “I have a bunch of schools all over, but I can’t seem to get on one of those 200-fish schools like last year. I caught about 20 fish today. Normally up here you catch 70 or 80.

“I only hit four or five of my spots, so I have plenty of water to cover tomorrow,” adds Olson. “I thought I could have gotten a little more than I did today, so I’ll just shoot for some more key bites tomorrow.”