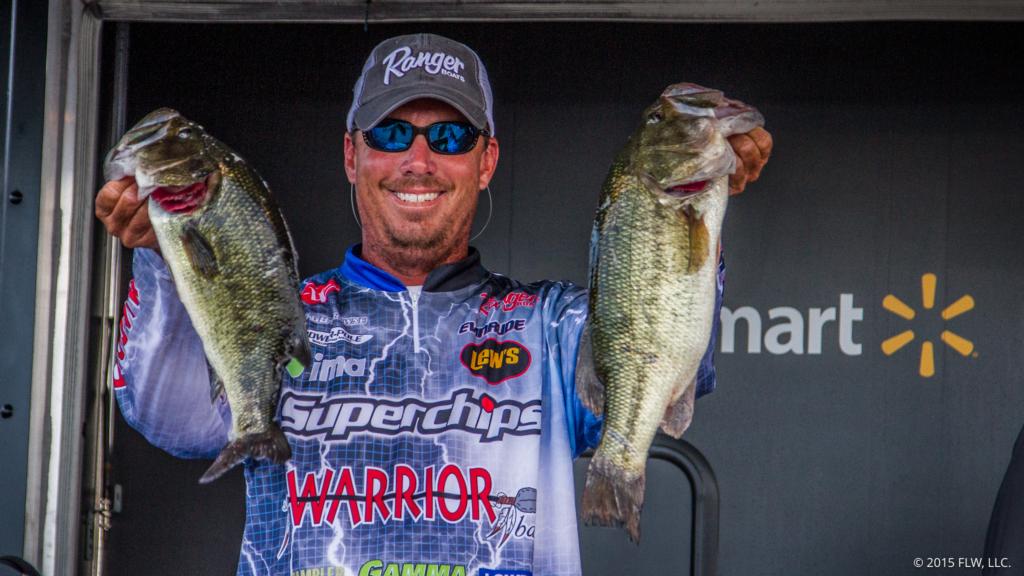 Averaging 20 pounds or more a day is a difficult thing to do in a multi-day tournament on Lake Champlain, but Glenn Browne might be on his way to doing it in the Rayovac FLW Series event presented by Plano. After two days, the Ocala, Fla., pro has run to Ticonderoga twice and has sacked up nearly identical bags for a total of 45 pounds, 8 ounces. Though Browne has a commanding lead of 6 pounds, 3 ounces, plenty can happen on the long run to Ti tomorrow, and the rest of the top five is stacked tight behind him.

Browne caught the majority of his weight from just two places on day one. He also caught it early and was done by about 9 a.m. Day two was a different story.

“It was definitely more of a grind. I really worked for them,” says the Florida pro. “But when it got warm and the sun got to pounding down, it got good for me.”

Browne only caught five big ones on day two, and he went through about 20 fish before he got his weight and quit for the day. 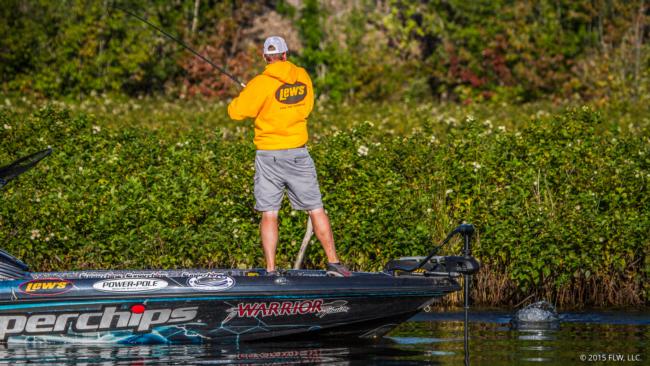 “I’m just running and gunning a lot of different stuff,” explains Browne, a shallow-water power-fishing expert who has “always ready to flip” in his twitter profile. “I’ve fished down at Ti a lot, so I know the lay of the land. If the wind would lie down that would help. I’m running a little different deal, and I can fish some new water tomorrow and maybe catch some.”

Browne caught a few fish on a frog both days, but today every fish that he took to weigh-in came on a big jig flipped to cover.

Despite having a big lead, Browne isn’t completely comfortable with his chances, or (perhaps more likely) he’s not willing to say he is.

“There’s a big local tournament out of Ti tomorrow, so that’s a major concern,” he says. “I’m fishing a little different than everyone else, but the stuff I’m fishing isn’t replenishing.

“We’ll just have to see,” adds Browne. “I can catch some, but catching 22 pounds again will be a tall order. I think if I can catch 16 or 17 tomorrow someone would really have to beat me.” 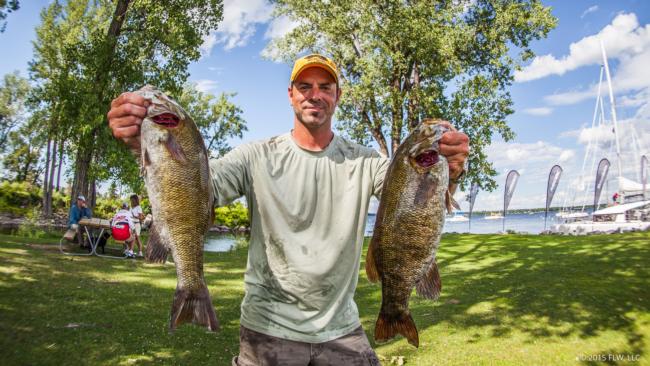 On the co-angler side, Shawn O’Malley of Oswego, Ill., carries a 1-ounce lead over legendary co-angler Keith Honeycutt into the final day. Thus far, O’Malley has stayed up north both days and sacked 32 pounds, 11 ounces.

“Yesterday was predominantly largemouths, but today was all smallmouths,” says O’Malley, who fished with Scott Parker on day one and Mark Frickman today. “I’m still finesse fishing, but I think my bait has a lot to do with it. Today the bites were few and far between, so it was a grind, and I had to concentrate hard all day.”

O’Malley will be headed south with Browne on the final day, so he might need to change things up to hold off Honeycutt and company.