8-plus kicker lifts Ohio pro to the top 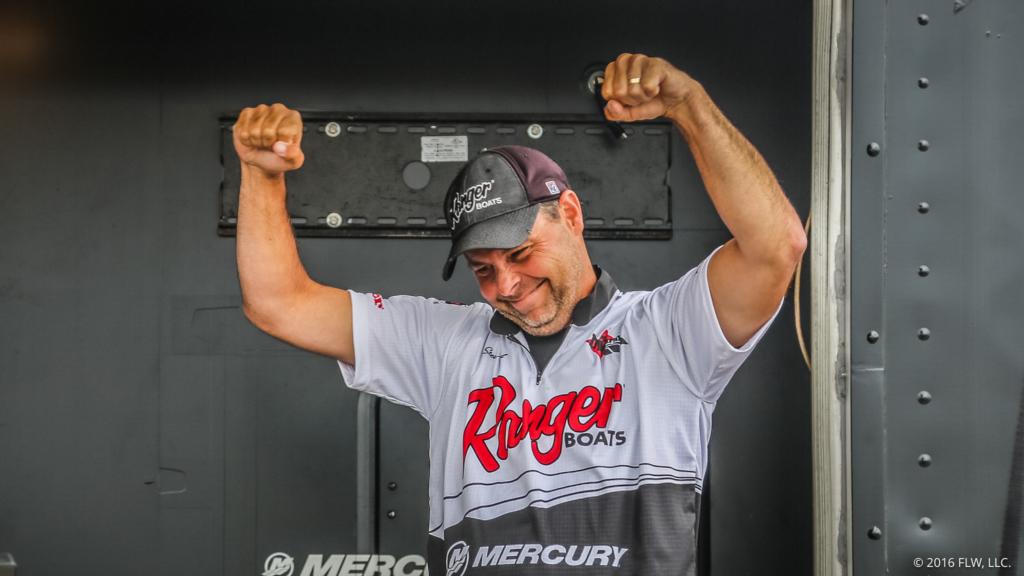 The flipping bite is back on top at Kentucky Lake. Not ledges. Not offshore. Not mega-schools. Just good old-fashioned shallow power-fishing around flooded bushes. It seems like it’s been a long time since that could be said after a multi-day FLW event on the 160,000-acre Tennessee River reservoir.

The man to put the flipping bite back in the winner’s circle at this week’s Costa FLW Series event presented by Lowrance is Steve Floyd of Leesburg, Ohio. Floyd landed 19 pounds, 8 ounces on the final day to surge ahead from nearly 9 pounds back of day-two leader Travis Fox. He earned the win by a slim 5-ounce margin over local flipping expert Ramie Colson Jr.

According to Floyd, there’s still a wave of spawning fish working its way into the shallows, and today saw the biggest push of the tournament. He benefitted from an 8-pound-plus kicker bite today but had a big fish each day of the tournament. Several pros in the top 10 who flipped all said that a big bite per day was critical to making the cut. Floyd just got the bigger big bites – bass that weighed more than 5, 5 and 8 pounds on days one, two and three, respectively.

“I’ve been running south past New Johnsonville flipping bushes all week,” Floyd says. “Some bushes are in the backs of coves, and some are on main-lake islands.

“They were in the real shallow bushes, even though the water wasn’t quite high enough for that to typically be good. But they were there because the water was stable and they were spawning. I tried to fish deeper bushes, but the fish were in the shallowest bushes – in a foot of water. I was fishing the ‘bushes behind the bushes.’”

He caught about 20 keepers each day and got his big bite midday all three days. One of the keys was leaving his Pit Boss at the base of the bush and soaking it to convince bass to bite. 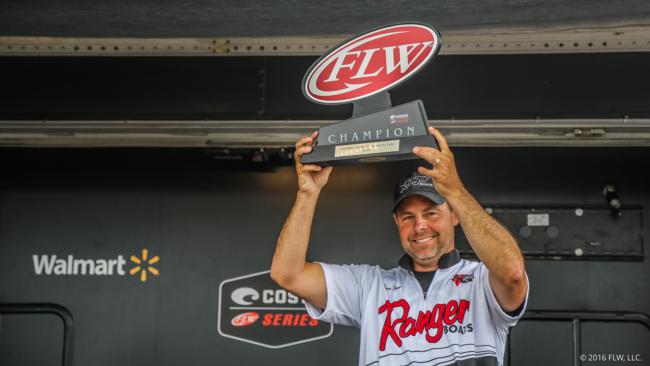 In each area, Floyd was able to identify a key stretch of about 50 yards that was the juice. Once he dialed those in, it was a matter of thoroughly working each sweet spot.

A banker from Ohio, Floyd might not be the prototypical Southern power fisherman, but he’s been working on this win for a lot of years.

“I’ve been coming here my whole life in April and May to go flipping. It’s my favorite place to come,” he says. “To finally win one is awesome.

“My son, Cole, is on the Bethel [University] bass team, so I ended up buying a house in Paris. Now I’m here every weekend. I don’t even fish in Ohio anymore. Why would I?”

And now he and his family have a new Ranger bass boat and a lot of extra gas money to spend out on their home away from home, Kentucky Lake.