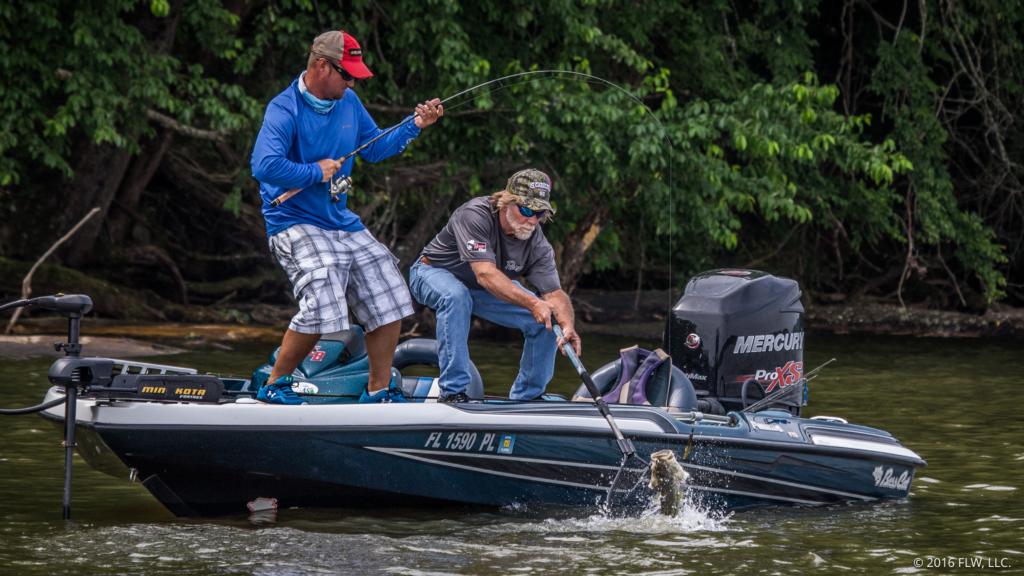 Day one of the Costa FLW Series presented by Mercury and hosted by Florence/Lauderdale Tourism on Wheeler Lake dawned warm, muggy and slick with a little overcast.

From takeoff, anglers started fishing just about every way imaginable. Peter Cherkas got on the board early with a nice 3-plus on a topwater. Meanwhile Bryan Thrift was finishing off a little limit with a shaky head. Out on the flats Clayton Batts was still looking for keeper number one. Those fishing up shallow were catching fish, too. Glenn Browne had a limit for about 9 pounds in the skinny water. A lot of anglers were shaky heading and cranking bluff banks. Chris Ferguson and Todd Smith both had three keepers fishing that way and Michael Purvis also had a limit off the bluffs. Brian Holder had four keepers and Tim Fox had secured a limit. Scott Canterbury had a small limit junk fishing early and was trying to upgrade out off the bank. The heaviest bag our reporters ran into before noon belonged to Bryan Honnerlaw who had about 12 pounds. By noon, a breeze had picked up and a few showers were starting to spring up.