Carver Moves Into First on Wheeler 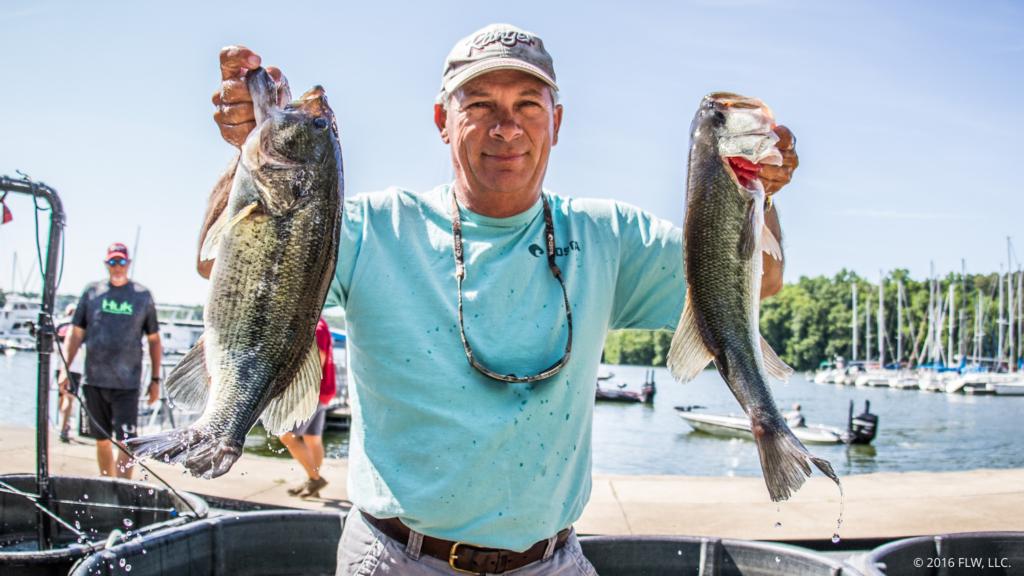 After day two of the Costa FLW Series event presented by Mercury and hosted by Florence/Lauderdale Tourism, the picture at Wheeler Lake is becoming clearer. The main-lake offshore bite failed to materialize for big catches and it looks as if the shallow bite is going to go the distance.

No one has turned Wheeler into a one-man race like we saw at the Walmart FLW Tour event on Pickwick last week and the leaderboard is still pretty tight up top: just a pound separates the top three pros.

Grabbing the lead going into the final day is Kim Carver of Milledgeville, Ga. Today, Carver added 14 pounds, 4 ounces to his 18 pounds, 2 ounces from day one and now he has a two-day total of 32 pounds, 6 ounces, just 15 ounces over second.

Carver has defined a unique pattern that involves the on-again, off-again shad spawn that seems intermittent in his two areas. Carver admits that there is a shad spawn going on in his areas, but it’s not very strong. 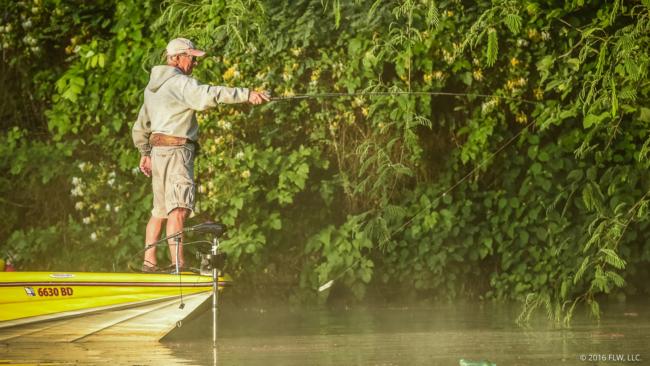 Carver is throwing a jig, a frog and flipping a Zoom Lizard in areas where shad are spawning around floating debris. Rising water has “floated off” a lot of bank “sawdust,” debris and logs and the shad seem quite content to use the flotsam as their honeymoon suites. Since most of the junk is floating on the surface, depth is irrelevant to Carver.

“I don’t even have a depthfinder in the front of the boat,” he laughs. “I just haven’t bothered to put it on because I don’t need it.”

One thing is for sure, Carver has been confident all week in his pattern.

“I really feel at ease right now,” he adds. “I’m comfortable with what I’m doing. I’m comfortable with my areas. I’ve got three primary lures I’m switching between. I’m just fishing and having fun out there. Hey, I’ve lead for two days and bombed on the third day before. And if it happens again, so be it. I’ve had two great days on the water already and tomorrow, hopefully, I’ll have another really great day.” 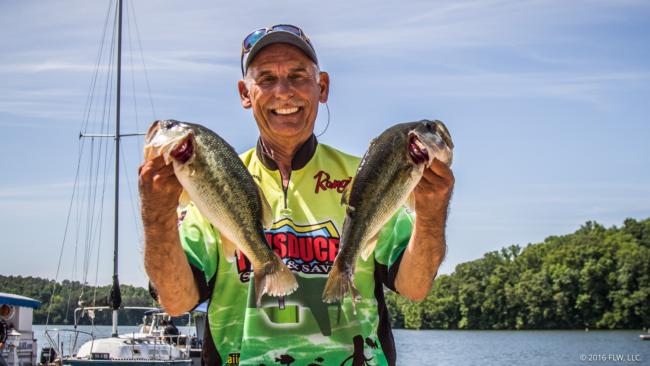 For the second day in a row, Scap Cicero of Wetumpka, Ala., is leading the Co-angler Division of the Costa FLW Series on Wheeler Lake. He now has a two-day total of 28 pounds, 1 ounce.

Cicero, the inventor of the ingenious Transducer Shield and Saver, is also a pretty good angler – just ask his pros from the last two days.

“Each day I have been able to convince my pro to go to my spot,” Cicero says. “And both days we have caught them really well. Yesterday, I caught 18 pounds, and today I caught 10 pounds. In the last two days my pro and I have pulled about 50 pounds of fish off this spot.”

Though Cicero is keeping his spot a top secret, he did say the area is littered with brushpiles and rock in about 7 feet of water and that a crankbait has been the ticket.