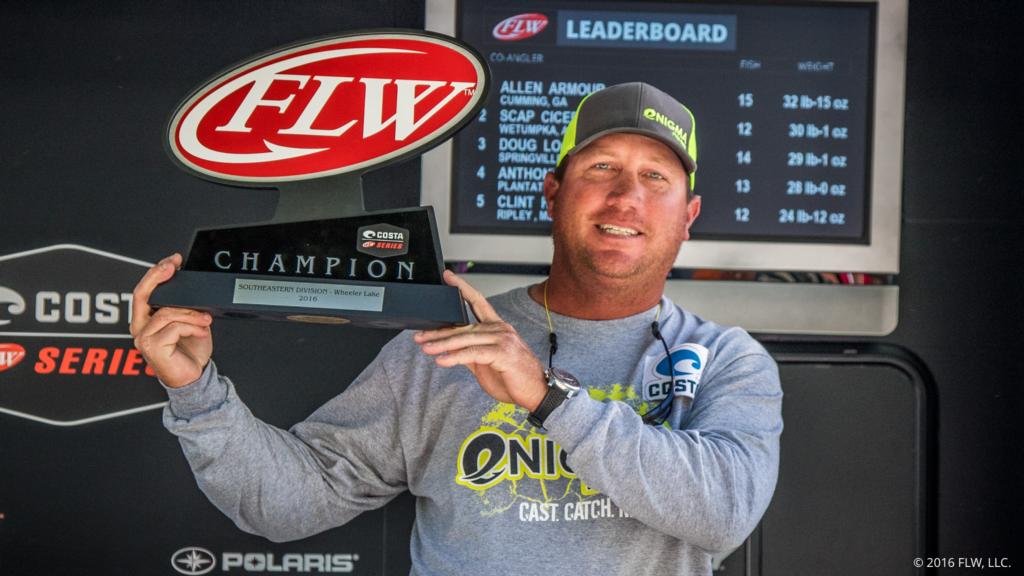 Essentially, patterns that are coming to are getting stronger and those going away are deteriorating. The beauty of a three-day tournament, such as the Costa FLW Series Southeastern event presented by Mercury and hosted by Florence/Lauderdale Tourism on Lake Wheeler this week, is that the concept of this “coming to” or “going away” can be seen in weight trends as anglers ply the waters over multiple days.

Today, Bradley Dortch of Bay Minette, Ala., tapped the peak of a pattern that had been gaining strength during the week to sack up the final day’s biggest limit – 16 pounds, 11 ounces. His catch pushed him from fifth place to the winner’s circle with a three-day total of 45 pounds, 10 ounces. 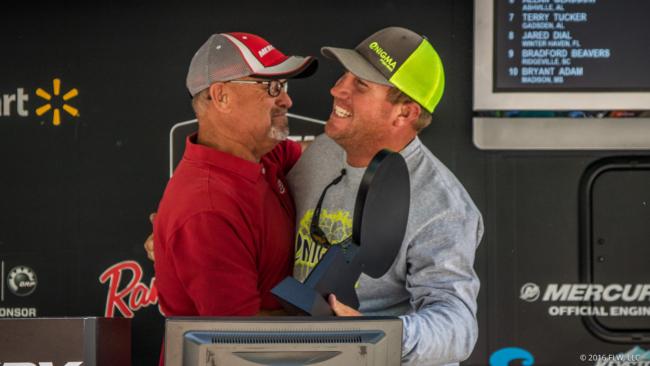 Dortch shared the upper stretches on the Elk River with several other top-10 pros. And while others found success in the backwater ponds and pockets up the Elk earlier in the week, Dortch essentially waited at the mouths of the ponds for a wave of post-spawn fish to come to him – and it worked.

Dortch’s success was aided to some degree by dropping water levels today, which essentially forced the bass out of the shallow ponds and into the main river of the Elk.

“What a crazy day,” Dortch says of how the tournament ended. “The conditions changed up there, things started to go my way and I ended up on top. I couldn’t be happier.

“I was basically fishing where the mouths of those pockets and cuts that emptied into the river,” he continues. “Every day my bite seemed to get better while the weights of those guys fishing in the pockets got less.”

Dortch’s premium combination was to find logs and laydowns along the Elk River that were positioned near the mouths of the shallow ponds. 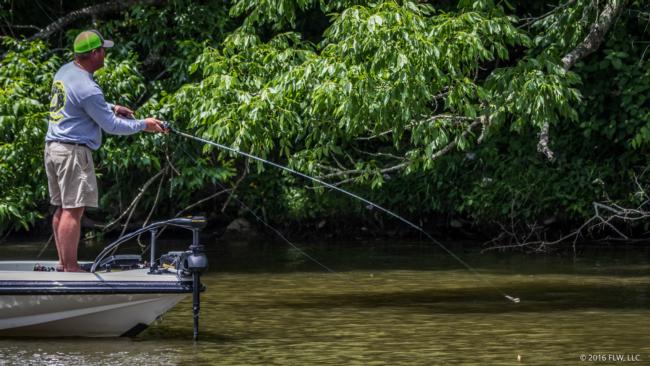 “If there was a channel swing bank that hit near a pocket or pond entrance and it had a laydown on it – that was it,” he says. “The best laydowns weren’t necessarily on the steepest part of the bluff, but rather where the bank started to have a bit more of a 45-degree taper to it. I really think those fish were pouring out of those ponds with the dropping water and setting up on the first spot they came to. I had about six key stretches and they all included a pond entrance, a channel swing bank and laydowns or overhanging bushes.”

Interestingly, Dortch never tapped into the shad spawn, which was also a player in the top-10, saying that he tried shad spawn baits, but could never make them work. Instead, he pitched a 3/8-ounce Picasso Straight Shooter jig, teamed with a NetBait Paca Craw in a standard green pumpkin color. He also pitched a Paca Craw on a Texas rig with a 3/8-ounce tungsten weight, also in green pumpkin. He fished the jig on 60-pound test Sunline FX2 Braid and the Texas rig on 17-pound test Sunline Shooter fluorocarbon.

“Earlier in the week, I had to fish the jig all the way out to the ends of the laydowns to get a bite and the bites were very sporadic,” he says. “But this morning, I hit one stretch of 150 yards and it was on. They were right up there on the bank and they were feeding. I guess a bunch of them had just moved out of the nearby pocket and were feeding. I caught them all early and fast.”

For his win, Dortch took home $40,200 and his first Costa FLW Series trophy.