Variety rules on the Potomac River when it comes to tactics 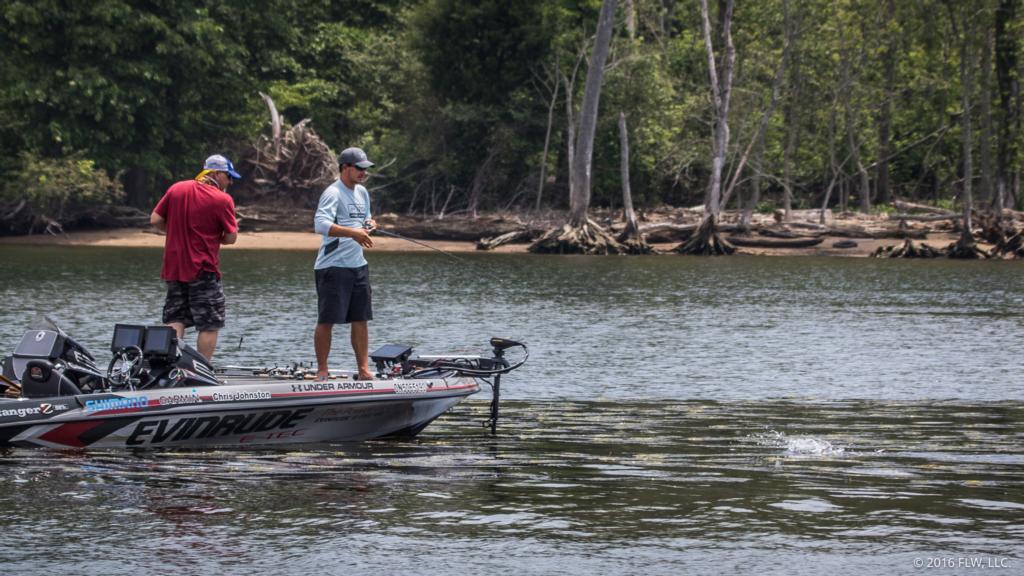 Focusing on a certain habitat scenario at a particular tidal stage was the ticket for West Virginia’s Bill Chapman, who topped day one of the Costa FLW Series Northern Division event presented by Plano with 17 pounds, 15 ounces. Chapman used one bait to catch all of his fish.

Here’s how the rest of the top five anglers caught their fish on day one. 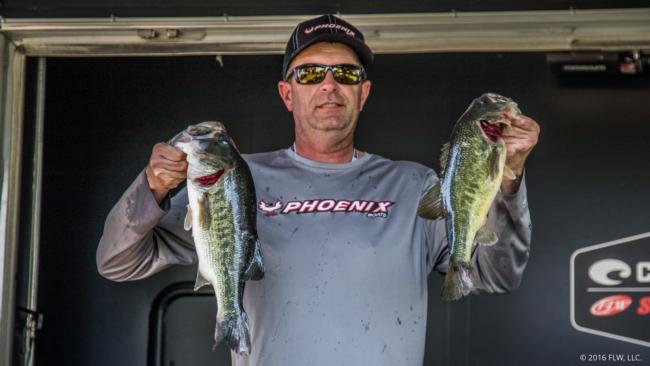 Topwater delivered a good portion of Jeff Coble’s second-place bag, but the North Carolina pro bucked the common trend for Potomac surface action. While many of his competitors threw frogs at least part of the day, Coble put his faith in a Rebel Pop-R.

“Everybody’s throwing a frog, but it’s really hard to throw that Pop-R because you’re constantly cleaning grass off of it,” he says. “It’s aggravating to fish, but they’ll bite it better, and you can hook most of the ones you get.

“I caught them pretty good early and had about 15 pounds, and then I went to some grass beds and started throwing a jig,” Coble adds. “The high water this morning made the topwater bite good.”

Coble says he swam the green pumpkin jig through the grassy habitat. He started close to the bank and worked his way out as the tide fell. Most of his bites came in less than 4 feet. 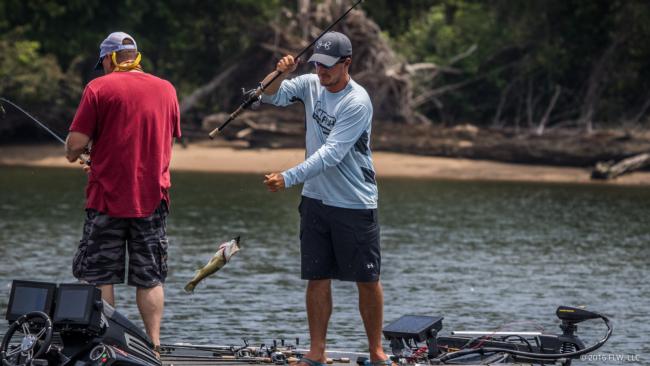 Faith in a key spot kept Chris Johnston in the game, and when the dust had settled, his perseverance earned him a third-place limit of 17-01.

“I didn’t have a limit until about 12 o’clock,” Johnston says. “I got into one area at the end of the day where I caught two good ones and lost two big ones in the morning. I came back and just grinded it out later in the day, and I got into a couple of flurries. I wish I had stayed there the whole day, but I ran a lot of water and eliminated a lot of spots.” 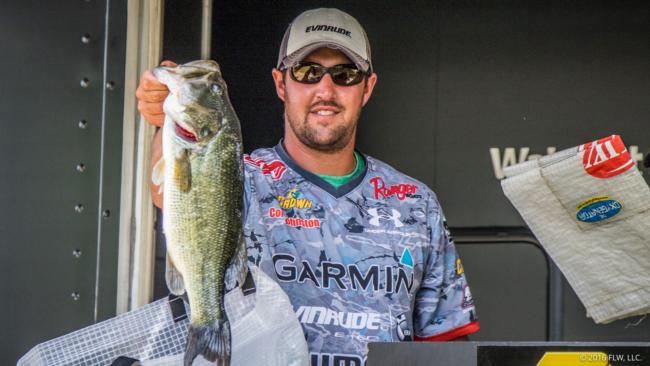 His affinity for junk-fishing served Cory Johnston well today, as he caught a 17-pound limit to place fourth – an ounce behind his brother, Chris.

“It was a little bit of everything for me today,” Cory says. “I ran around in the morning and couldn’t really get on them that good. Some dirty water blew into my main area, and I never got a bite there today. I went to my secondary area and caught them good in the afternoon. I got two key bites right in the last part of the day.”

Cory says he flipped, frogged, threw a ChatterBait and fished a Senko. His targets included hydrilla, milfoil, wood and docks. 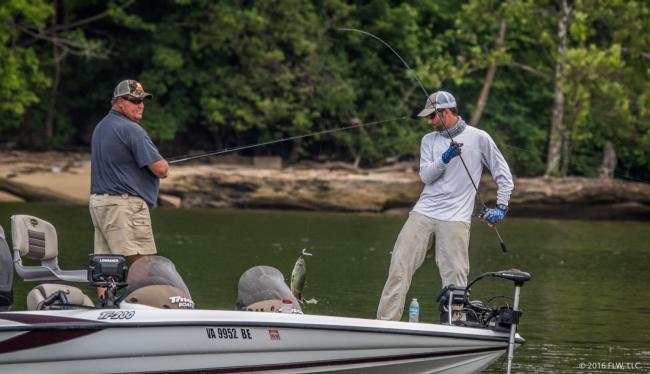 Targeting mostly grass, Charlie Machek cycled through a mix of baits to tally a limit catch of 16 pounds, 7 ounces that tied Jeff Mandes for fifth place.

Anchoring Machek’s bag was a 5-6 kicker that bit around 1:30 and earned Big Bass honors for day one. The timing on that catch was incredible.

“I had four keepers and one little 12-inch fish when that big one bit,” he recalls. “I had just missed two right before I got that one. I was a little late getting there, but it was just in the nick of time.”

Flipping cover with Texas-rigged plastics earned Jeff Mandes one-half of a shared fifth place with a day-one weight of 16 pounds, 7 ounces. Day one started with overcast skies and dim conditions, but the second half of the day brought brighter conditions that were more favorable for his preferred technique.

“It was perfect. I love the sunshine because it positions the fish tighter to cover,” Mandes says.

Starting his day upriver, Mandes eventually came back into Mattawoman Creek (site of the Smallwood State Park takeoff) and finished his day there. He flipped dark-colored baits, but notes that his success depended more on specific placement.

“The higher the sun, the tighter you have to place your bait,” Mandes explains.