Smith Blasts 20 for the Lead 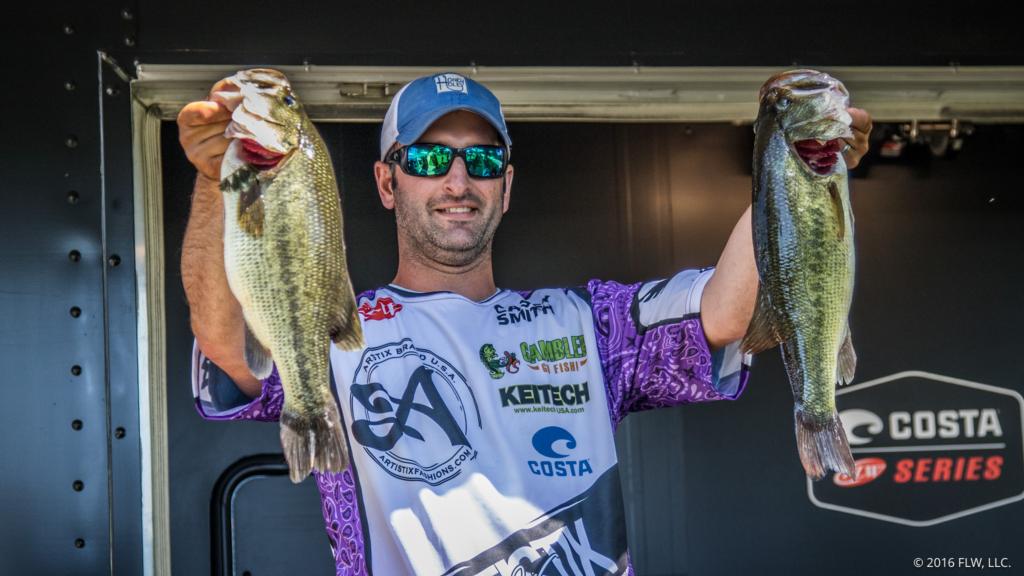 Fool me once, shame on you; fool me twice, well, let’s just say that Casey Smith was having none of that idiom. He made a significant shift in strategy that allowed him to make a big day-two move into first place at the Costa FLW Series event presented by Plano on the Potomac River.

Water flow, Smith says, was the key factor in his performance.

“Just when you think you have the tide figured out, you don’t,” he says. “That was the case yesterday on the negative side and today, that was the case on the positive side.

“I thought I had something figured out yesterday and I was wrong. It was the opposite of what I did today and things went differently.”

Smith says that yesterday he tried to “run the tide” — a strategy through which an angler perpetuates a particular window of water level by moving up or down the tidal range. As the desired stage starts to dwindle, moving ahead for incoming cycles or back with outgoing tides keeps an angler on the productive scenario.

That plan did not produce as Smith would have liked, so day two found him shifting gears to make better use of his time.

“Yesterday, I was wrong with what tide I needed,” he says. “Today, I stayed put, caught a decent limit, waited the tide out and improved as the day went on.

“I still caught fish on the stage I thought I needed originally, but the quality is better on a different stage.” 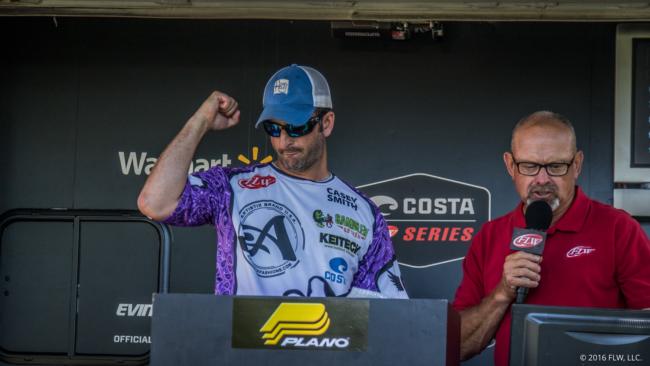 Smith remains mum on how he is catching his fish, but he did say that he employed a mix of reaction baits and slower presentations.

“As the tide cycles through, you need to adapt with it and that’s where the change comes from moving to slower baits,” he says.

Smith says he made a long run and returned to the same grassy area he fished on day one. Only difference was that today, he gave it more time to produce.

“It was rough this morning and I was nervous because I debated all night about going back to where I was yesterday,” Smith says. “I caught four good ones yesterday in that area and I just left it too early.

“When I got down there, it was blowing pretty good, but it all worked out. It settled down as the day went on, the wind got a little more bearable and I think the grass filters the water.” 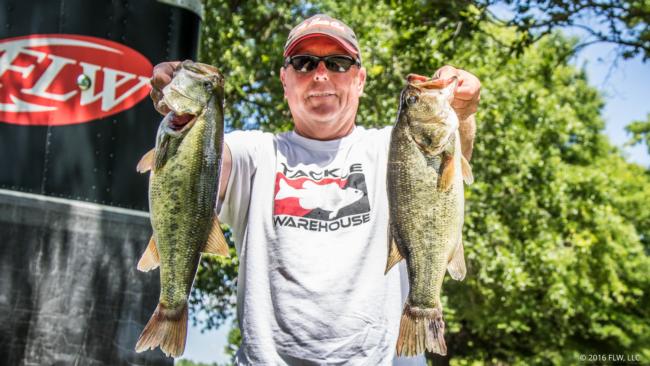 David Williams of Fredericksburg, Va. caught a limit that weighed 16-7 and moved up seven spots to take over the co-angler lead with 30-6. His morning action was quick to start, as the fish were ready for a topwater presentation.

“My two best ones came on a frog first thing,” he says. “The rest of my fish came on a shaky head with a Zoom Trick Worm.”

Williams says he targeted scattered grass with both baits. Recognizing the decline of his reaction bite prompted him to shift to the shaky head.

“I was trying to get a bigger fish because the frog bite had gone away,” he says. “I ended up getting a good one on the shaky head.