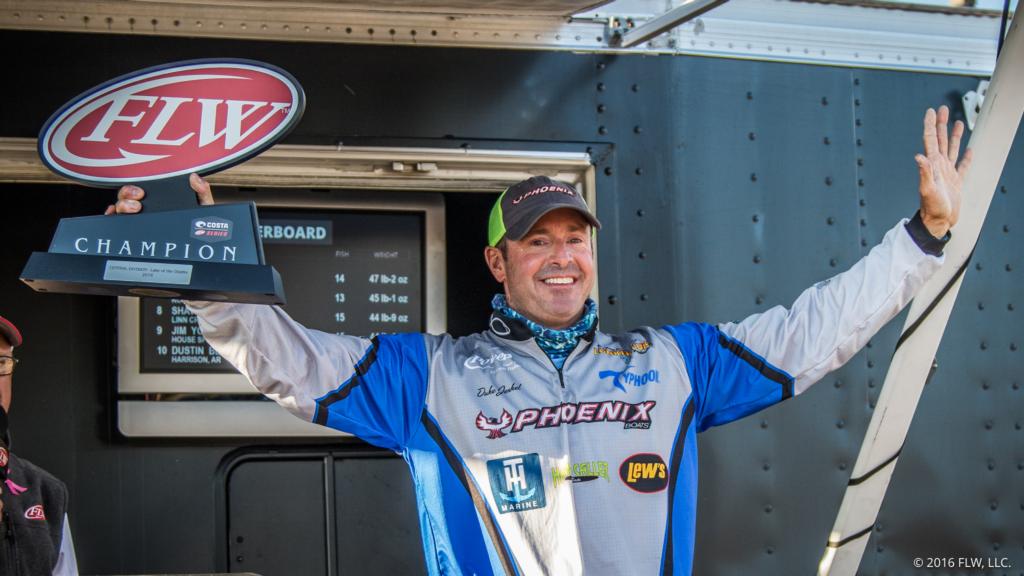 Posting 14 pounds, 4 ounces on day one of the Costa FLW Series event presented by Evinrude on Lake of the Ozarks, Duke Jenkel of Pinckneyville, Ill., was mired in 23rd place. He turned it around after that. Weighing 19-14 on day two, he moved to fifth place, then followed with 18-13 on the final day to finish in first place with a 52-5 total. It’s his second FLW win. One of only three pros from outside of Missouri in the top 10, Jenkel bested a group he described as “Ozark sharks” for the first-place prize of $38,815.

Lake of the Ozarks has innumerable docks. They line the shores in almost every cove and even on much of the main-lake shoreline. For Jenkel, through the first few days of practice, the docks and the massive size of Lake of the Ozarks were more trouble than help.

“After the first three days of practice, my buddy texted me to see how it was going, and I said if I could get them to give me half my money back I’d go home. It was terrible, but I had spent too much time in the wrong section of the lake,” says Jenkel. “On Wednesday I typically don’t practice; I get my stuff ready. But I didn’t have anything to get ready, so I went to the lake. Then I got in the right section, I got a couple bites and said, ‘Let’s go. I know which way I’m going.’” 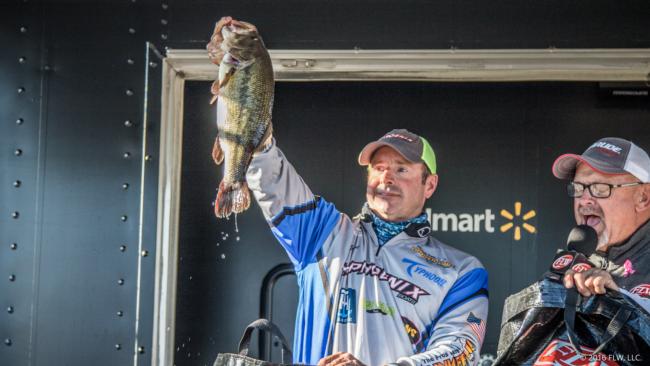 Part of getting in the right section was due to a tip from travel partner Dan Morehead, who could apparently sense that Jenkel was beaten down. Once the tournament started, Jenkel got an unlikely hand from the weather as well.

“We took off, and that storm had me a bit spooked. I don’t like the weather,” says Jenkel. “So I started in a marina, knowing I had a place to hide if the lightning got bad. And it was on like Donkey Kong. They were biting in there like crazy.”

Jenkel says he’s heard that the marina he started in was a major release area for last weekend’s Big Bass Bash, but he also has some past experience there. In fact, he says the same creek produced fish for him when he finished fourth in the FLW Bass Fishing League (BFL) Regional held last fall on Lake of the Ozarks. 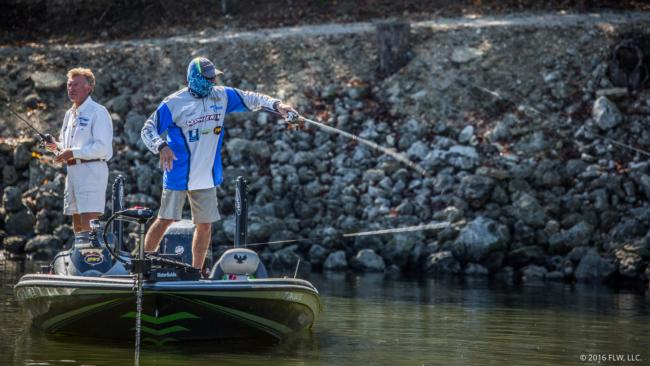 Once he started catching them on day one, Jenkel made the extensive marina docks his primary area for the rest of the tournament.

“I had some areas down lake that I culled out in every day but today [Saturday],” says Jenkel, who hunkered down a little more because of the weekend boat traffic. “When I got in there early I caught a big one, and I thought, ‘Oh, we might just dig our heels in and see how the day shakes out.’ Then I had three big ones by 10:30, and I wasn’t going anywhere.

Lower in the lake, near takeoff, Jenkel says he focused on shallow docks in the middle parts of coves, not all the way in the back. While Jenkel fished about every dock he could touch in his key marina, there were a few subtleties that drew his focus.

“There were isolated pieces of brush at the dock edges, at the poles,” says Jenkel. “And there’s a break from about 3 feet to 7 feet under the docks, and the locals had put brush on there. It’s a wonderful thing.”

In practice, Jenkel says he caught his fish on a Lunker Lure Limit Series Jig tipped with a Strike King Rage Bug. During the tournament, Jenkel’s first fish actually came on a frog in the rainy weather, but he says a green pumpkin and blue Gambler Flipp’n Tube accounted for most of his weight on the first day. On day two, Jenkel made a bait change, and says that switching to a Texas-rigged Zoom Magnum Trick Worm (red bug and watermelon candy) was what made the difference in the two big bags that let him close out the tournament. Regardless of the bait, Jenkel says he made all his presentations with Powell Max 3D rods and Lew's Tournament Pro reels. 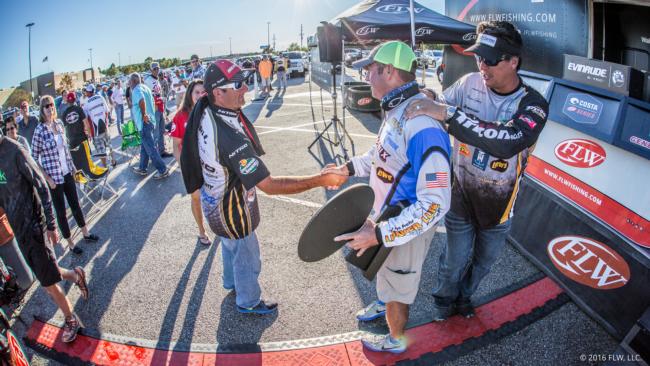 Jenkel has been around the block and has fished almost everything FLW has to offer, but this is his first FLW Series win and a big personal achievement. With more than 40 texts from friends and family on his phone after weigh-in, Jenkel’s win is apparently big for others as well.

“I lost a fish that would have won a PAA for me the first year, when they were running about 140 anglers and they were all tour guys,” says Jenkel. “I got second, which I still call an accomplishment with that group of anglers. To come away with the W, by and far this is the highest level I’ve ever won.”