Getting to Know Table Rock 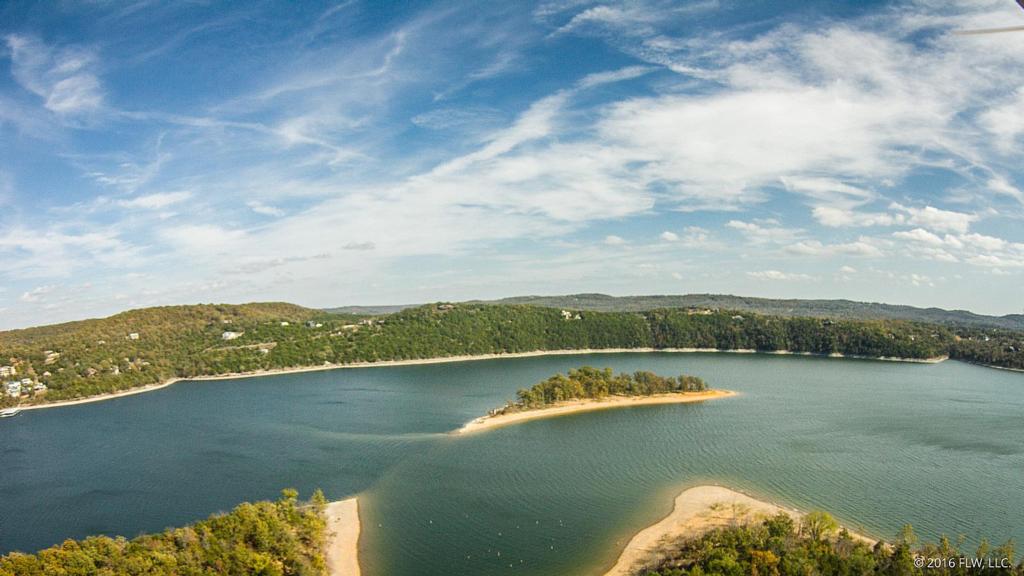 A look at the layout of the big Ozark impoundment
November 2, 2016 • Jody White • Toyota Series

With more than 700 miles of shoreline and tons of offshore areas, Table Rock Lake is a big and diverse playing field for the 2016 Costa FLW Series Championship. Mostly running west to east along the White River, the lake offers almost everything besides grass and is big enough to swallow up even the largest tournament.

Anglers will start and end their days at the Table Rock State Park Marina, taking off at 7:30 a.m. and weighing in back at the marina at 3 p.m. after the day is done. Located near the dam, takeoff offers easy access to much of the lower end of the lake, but it’ll be a bit of a run for pros wanting to venture up one of the main river arms. 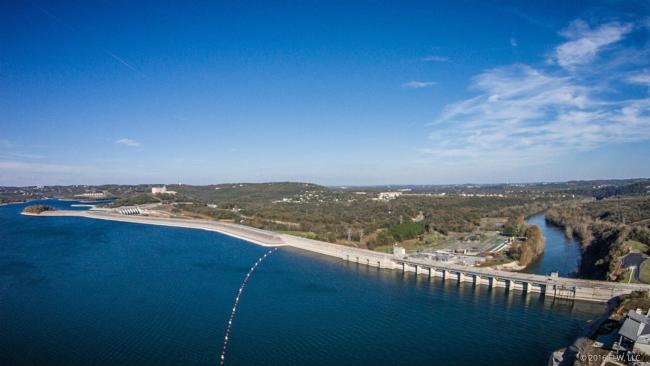 Built in 1957, the dam rises 252 feet above sea level and is more than 600 feet long. It’s about a mile from takeoff and is used for both flood control and power generation. The White River below Table Rock is a famed brown trout fishery. 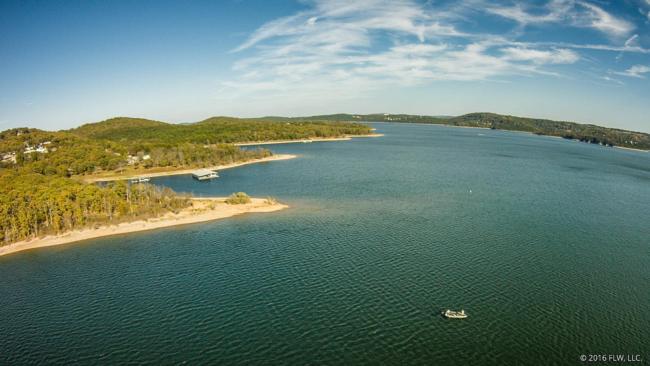 If the water was a little cooler, offshore bass might not be too much of a factor, but this time around they figure to play a fair amount, as a lot of bass are hung up on a summer-like pattern. There are places to fish offshore through most of the lake, but the lower end and the White River arm have larger flats and softer contours than the rest of the lake. Of course, it isn’t just flats that could hold fish. Offshore brush, river-channel breaks, standing timber or rock piles could all be productive. 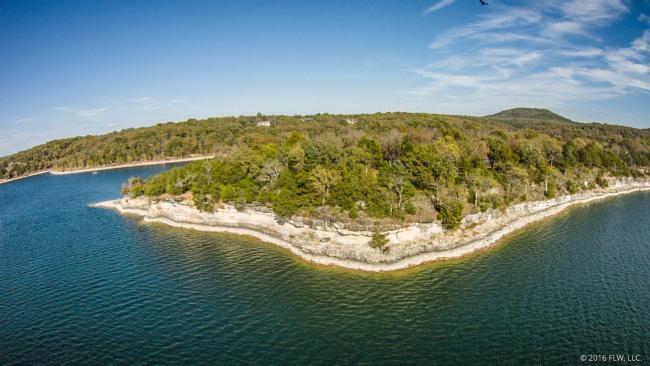 The old river valley carved out numerous long bluffs along the bends, and anglers at Table Rock benefit from them. Fishing bluffs is a little more of a wintertime thing, but there might well be fish caught on or near the ends of them this week.

Docks also figure to be a player on Table Rock. Though commercial docks are off limits to fishing, there are plenty of floating residential docks around the lake. Many of them are loaded up with snaggy cables on the backs and fronts, yet any one of them might hold a bass. 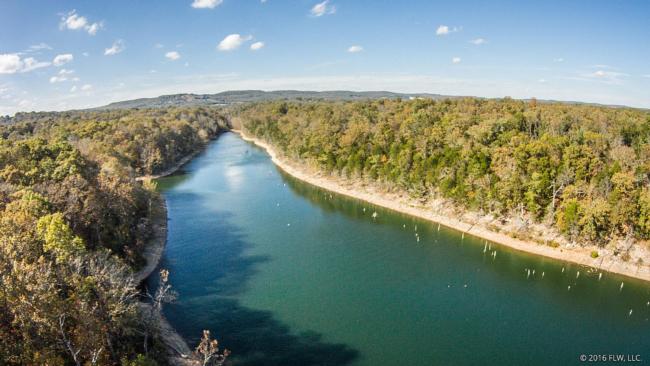 In the fall time, pockets are often important, as shad migrate to the backs of pockets and creeks and the bass follow. Some pockets on Table Rock take a little time to access because of standing timber areas, but there are hundreds to choose from, and a pro could easily run a pocket pattern for the win. 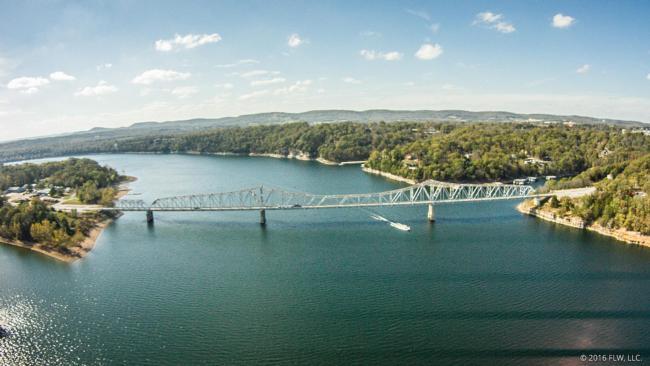 Straddling the White River arm about 20 miles from the dam, the bridge at Shell Knob is the unofficial cutoff point of the smallmouth population. It’s possible to catch a good one above it, but the farther up the White River you go, the more that largemouths begin to dominate. Unlike the James River arm, the White flows out of Beaver Lake and usually runs fairly clear all year. It also tends to fish quite a bit like the main lake, even when you go a long way up.

The other major tributary of Table Rock is the James River. Slimmer and shorter than the White River, the James has a reputation for fishing a lot like the upper end of Beaver Lake, and it tends to be the dirtiest part of the lake. Local favorite and BFL All-American champ Jeremy Lawyer says that the James is the wild card of this event, and a pro who figures out a way to target quality largemouths in it could be sitting pretty.