Fisher Back on Top

Georgia pro gets his first pro-level win since 2003 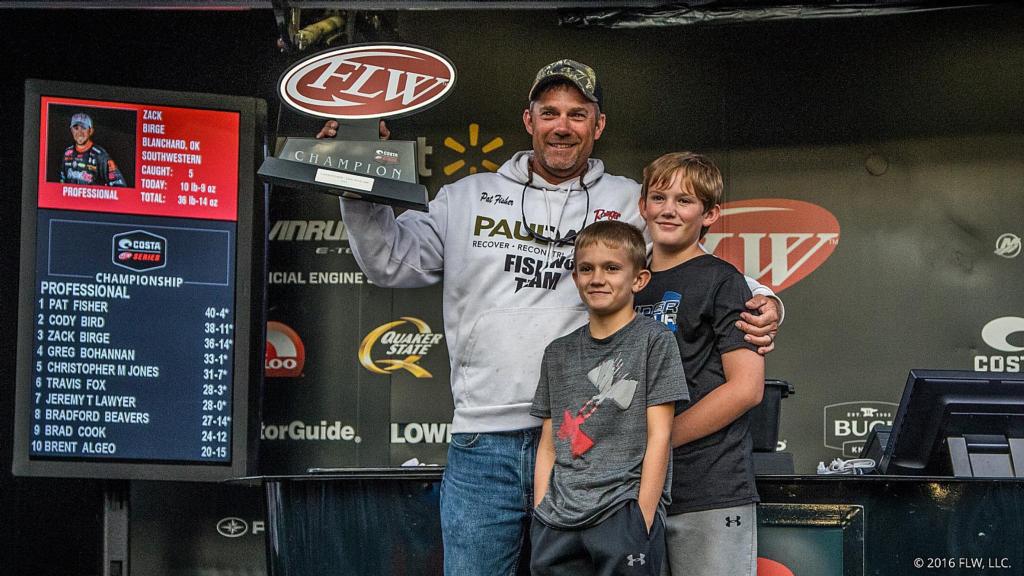 In the fall of 2008, after five years as a co-angler and eight years as a pro on the Walmart FLW Tour, Pat Fisher lost his spot on the Snickers team, and he was forced to hang it up. Today, finishing off his first season fishing above the BFL level since 2008, the Colbert, Ga., pro moved from third to first to win the Costa FLW Series Championship on Table Rock Lake. Weighing 15 pounds even today, Fisher’s 40-4 total was good for the win and $50,200.

“I didn’t have enough money for entry fees or another backup sponsor that could put up that kind of money,” says Fisher of his exit from pro fishing. “We lost everything; lost the house, didn’t have a job. I went from making $120,000 a year to $15 an hour. There was a lot of soul searching.

“I own a roofing company now, and I’m raising three boys and have a wife,” says Fisher. “I had a gentleman call me from Paul Davis Restorations this year, who asked if I wanted to try to get back into it, to fish the Costas. I said the only way I’d do it is if they paid for it, and they said they’d pay for everything. So we did it.” 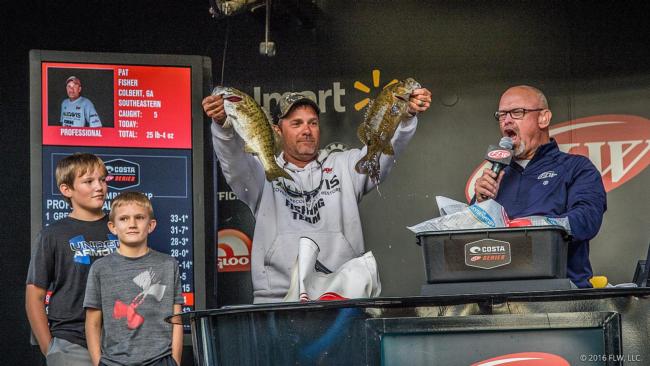 Fishing the Southeastern Division, Fisher finished ninth out of 250 boats to start the season at Okeechobee. At Santee Cooper, Fisher finished second and would have won had Bryan Thrift not brought in a 30-pound bag. At Wheeler Lake, Fisher finished 54th and punched his ticket to the Championship.

“There wasn’t any pressure that I had to make a check,” says Fisher. “I had a job. I had my life taken care of. It feels good. I’m in clouds right now. I’ve done it before, but I enjoyed it this time. There was no pressure.”

In addition to the money, the Georgia pro also qualified for the 2017 Forrest Wood Cup on Lake Murray, the site of his first Tour win as a co-angler in the year 2000.

“I’m three hours from Lake Murray,” says Fisher. “I’m going to spend a lot of time there next summer.” 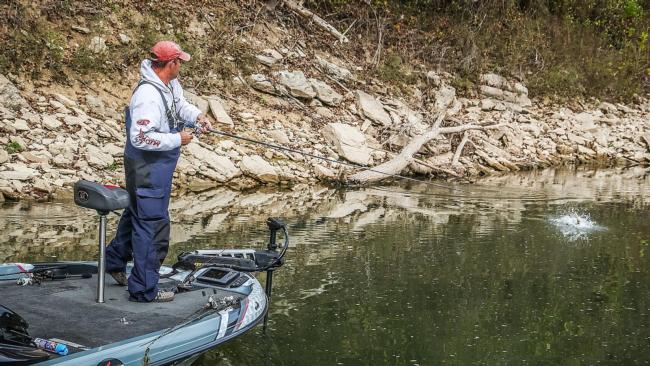 Table Rock fished brutally tough all week, and most of the top 10 ended up plying skinny water up one of the rivers that feed the lake, be it the Kings River or the James. Fisher chose the James, and brought in 15-3 to lead on day one, 10-1 on a fog-shortened day two and 15 even on the final day to win. Amazingly, Fisher was the only angler, co or pro, to beat the 15-pound mark during the tournament.

Up the James, Fisher went almost as far as it was possible to go with a bass boat. Though there was about a 100-yard stretch above a shoal that he could reach (where Zack Birge caught most of his weight on days two and three), Fisher focused on the pool below that.

Following the shad and looking for some dirtier water led Fisher up to his area, but even he didn’t think it’d produce the winning bag.

“My practice was horrible,” says Fisher. “I had four keeper bites up there in that stretch, but I fished the whole creek. I just went to my best spot, and it was better than I thought.” 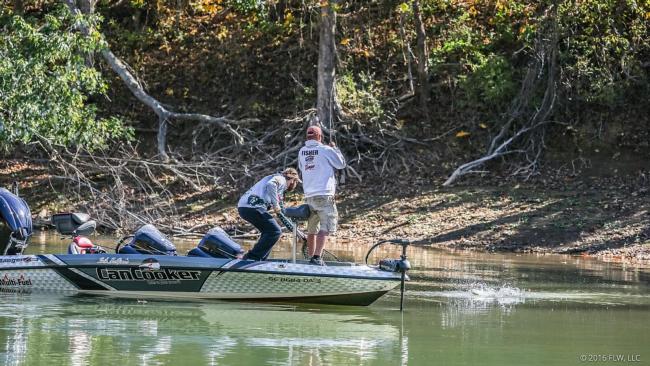 The stretch of the river he concentrated on was a couple of hundred yards long. One side was deeper and rocky with a handful of stumps and laydown logs pinned against the bank. The other side of the river was a mix of gravel, mud, undercut banks and a few more laydown trees. Though Fisher caught some fish in between the laydowns, the trees were by far the key to the area. In fact, Fisher probably caught about half his weight the final two days off of one magic tree on the muddy side of the river.

“The water’s low, and there isn’t a lot of cover in the river,” says Fisher. “The fish had to get on something. That tree was the biggest laydown in the area, and it had a big congregation of fish there.”

“In practice I was catching some fish down the creek on that buzzbait, and when I would get bit it was a quality fish,” says Fisher. “The first day of the tournament it was cloudy, and it was perfect for that buzzbait. I didn’t even put it down, and I caught that big sack. Yesterday [Friday] we had the fog delay, and they wouldn’t touch it. I caught them all on that shaky head.”

On day three, Fisher swapped between the shaky head and the buzzbait to fill his limit, and though he missed a giant on the buzzer, the majority of his final limit ate the shaky head. Fisher fished the shaky head very methodically on a spinning rod with braid and a 10-pound-test leader. Often, he’d barely move the bait for five or 10 seconds at a time before picking up and swinging into a keeper.

One of the most miraculous things about Fisher’s win is that even after three days of hard fishing, there were bass left in his section, perhaps drawn there by the hundreds of gizzard shad flitting around in the current over the shoals. Fisher also lost at least two more quality bass on the final day. In the end, a mix of smallmouths and largemouths pulled from a stretch of river that almost looked like trout water was enough for Fisher’s first multi-day win with FLW since 2006 and his first above the BFL level since 2003. 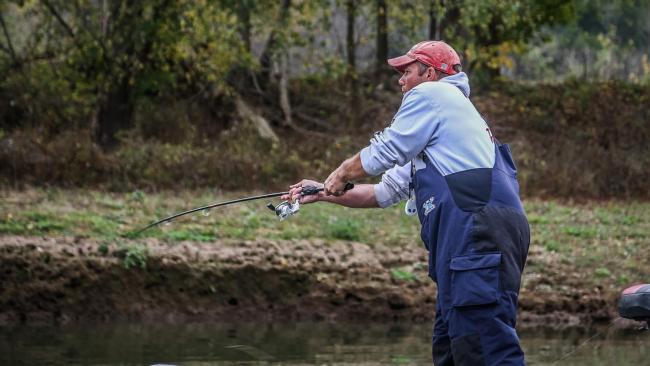 The spots were awarded in the following order: (1) The top angler from each of the five U.S. Costa FLW Series divisions and the top finisher from the International Division earned berths. (2) The next five highest-finishing anglers regardless of division in the overall results also received Cup berths.