What to throw in autumn in the Ozarks 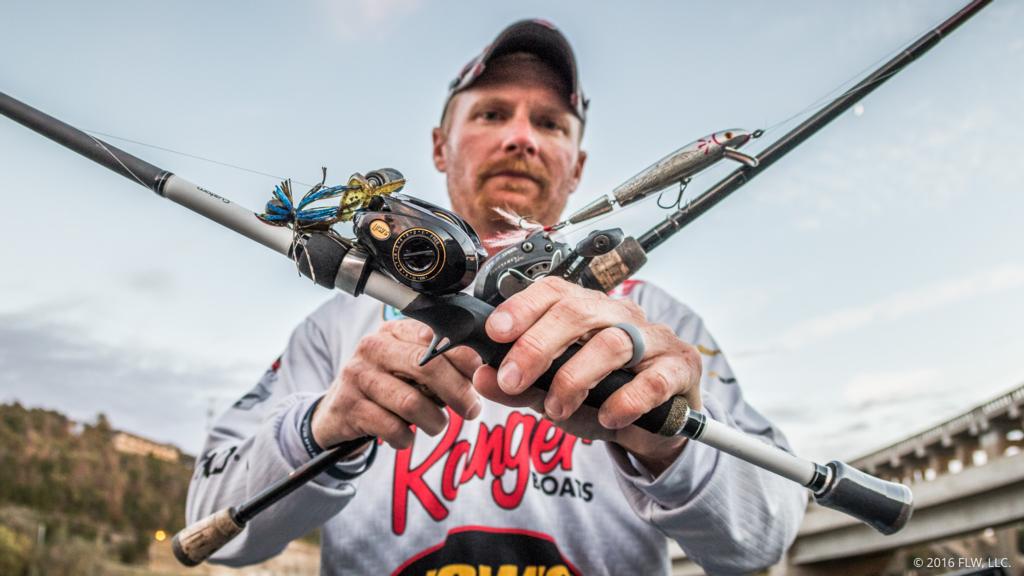 Table Rock Lake, aka “The Rock,” challenged all 192 pros who fished the 2016 Costa FLW Series Championship. From unusually high water temps and near-summery weather in practice to a cold front and a fog delay during the tournament, anglers had a lot to deal with. Ten of them showed out and managed to make the cut to the final day mostly using classic Ozark baits such as crankbaits, jigs and buzzbaits.

You might consider giving some of these baits a shot if you head to the Ozarks in early fall. 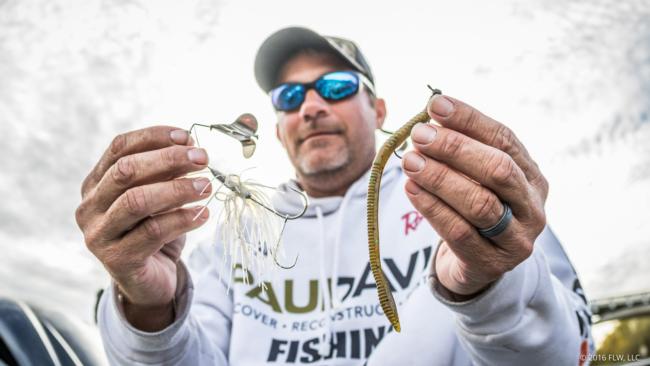 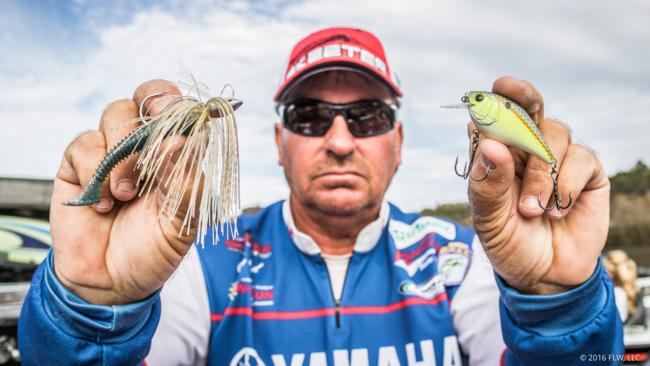 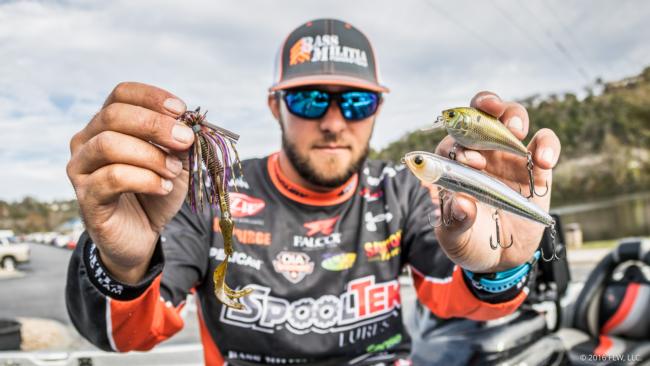 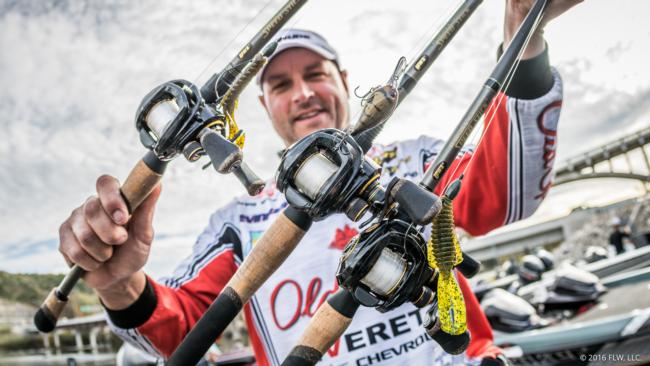 4. Greg Bohannan, an Ozark ace, relied on a Skirmish Baits A10 crankbait in the Bohannan green color, a Gambler Lures Burner Craw and a Strike King Rage Bug. 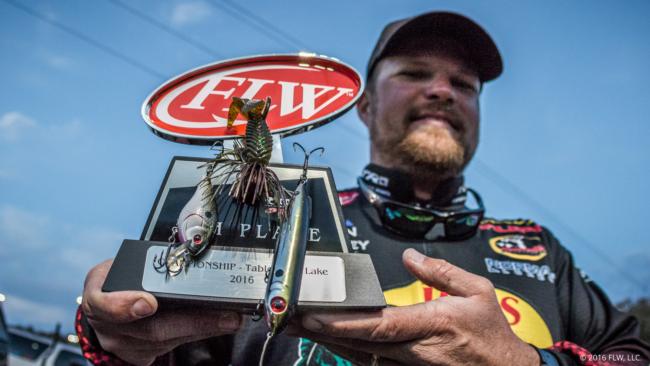 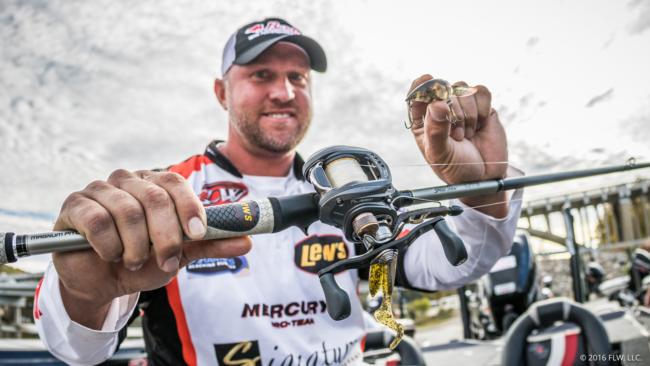 6. For his run at a Cup berth, Travis Fox chucked only two baits: a Storm Wiggle Wart in phantom green and a green pumpkin Zoom Brush Hog rigged with a VMC tungsten weight. 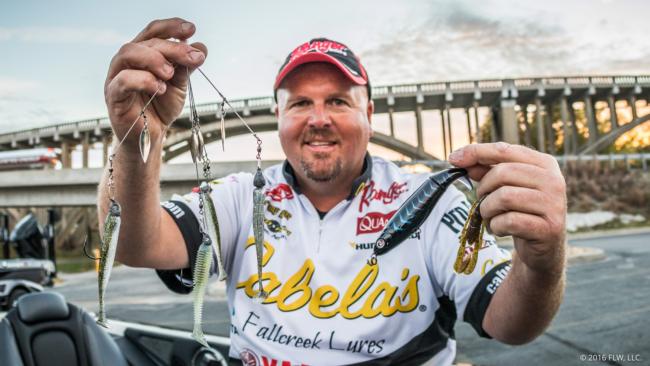 7. Top-10 machine Jeremy Lawyer, who lives just down the road from Table Rock, surprised no one by catching some of his fish on a River2Sea Whopper Plopper custom-painted with a black body and blue accents by Fallcreek Lures. He also fished standing timber with a YUMbrella Rig and dragged around a 1/2-ounce Freedom Lures Live Action Hybrid Jig with a Zoom UV Speed Craw trailer. 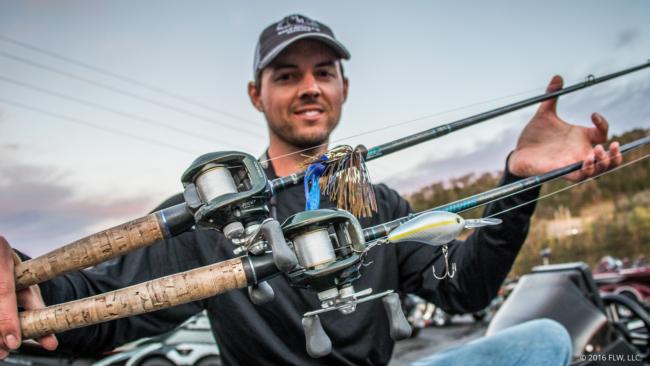 8. Bradford Beavers made the haul from South Carolina to Missouri and earned a top-10 finish by cranking with a Strike King 6XD in either blueback herring or chartreuse sexy shad, and by tossing a 5/8-ounce blue craw Katch-Her Lures jig with a Zoom Super Chunk Jr. trailer. 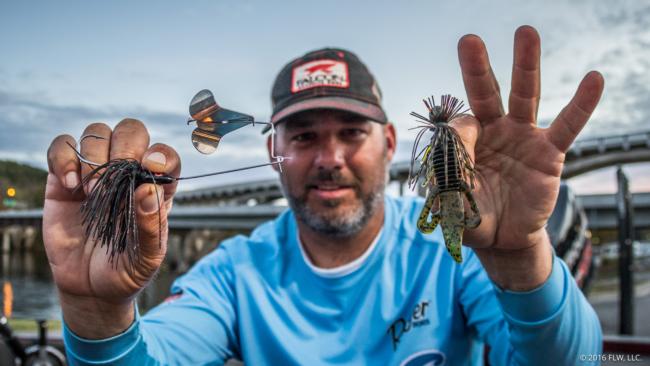 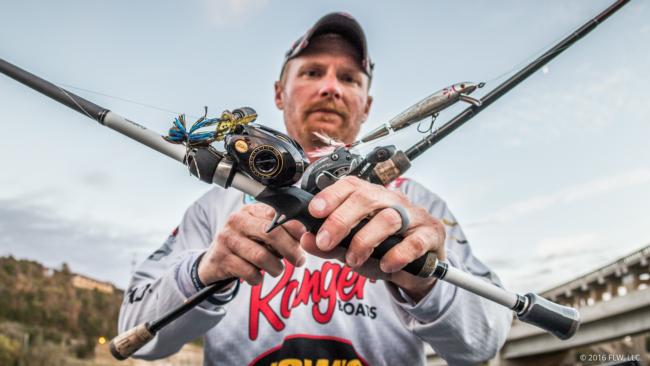 10. Local pro Brent Algeo fished his way to the final day with two baits. The first was a 1/2-ounce Chompers jig with a peanut butter and jelly skirt trailed with a Chompers Super Jig Trailer (twin-tail grub) in rootbeer green. The other was a Cotton Cordell Red-Fin that was custom-painted by Dave’s Custom Baits.