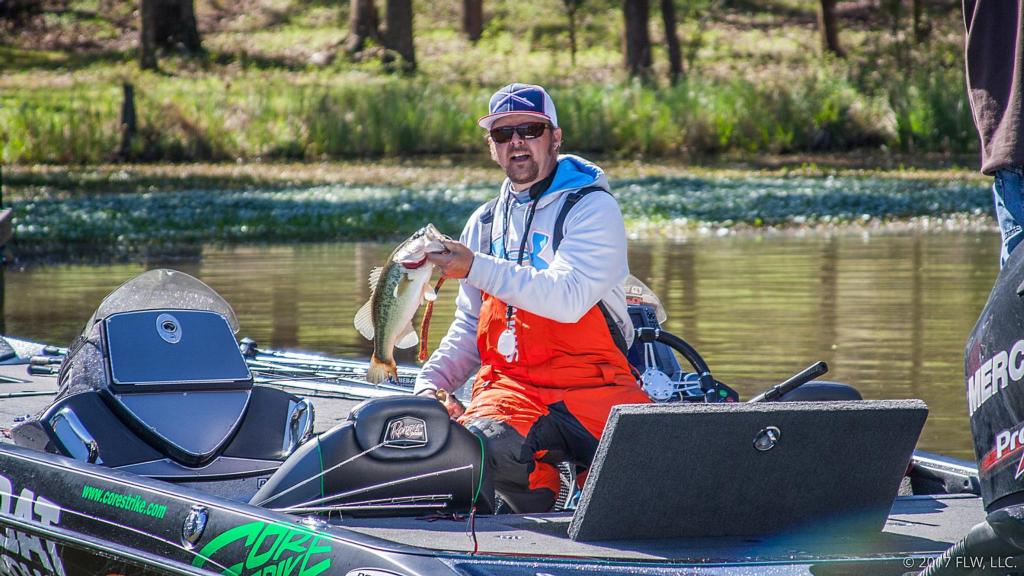 Nicer weather made it more pleasant to be on the water Friday, but it certainly hurt the fishing in the second round of the Costa FLW Series Central Division opener presented by T-H Marine at Lake Dardanelle.

The air temperature at takeoff was 47 degrees, with only a wisp of a breeze. The skies cleared almost fully at dawn, and temperatures rose steadily through the day.

While some anglers will probably fall down the leaderboard, others will probably move up. Among the latter is Fred Martin of North Little Rock, Ark., who had four keepers in the box by noon. He caught his fish casting finesse soft plastics under a bridge with a spinning rod in Dardanelle Bay.

Kevin White of Henderson, Tenn., caught a couple of nice keepers from an area that produced a lot of fish Thursday, but was decidedly more stingy on Friday. He caught his fish with creature baits off shallow grass beds.

Shannon Pierce of Pine Bluff, Ark., says he had about 17 pounds in the boat by noon Friday. He didn't say how he caught them, but we watched him work a spinnerbait on the other side of the bridge from Martin in Dardanelle Bay.

Uncertainty will reign at the weigh in, and we expect a shakeup in the top 10.