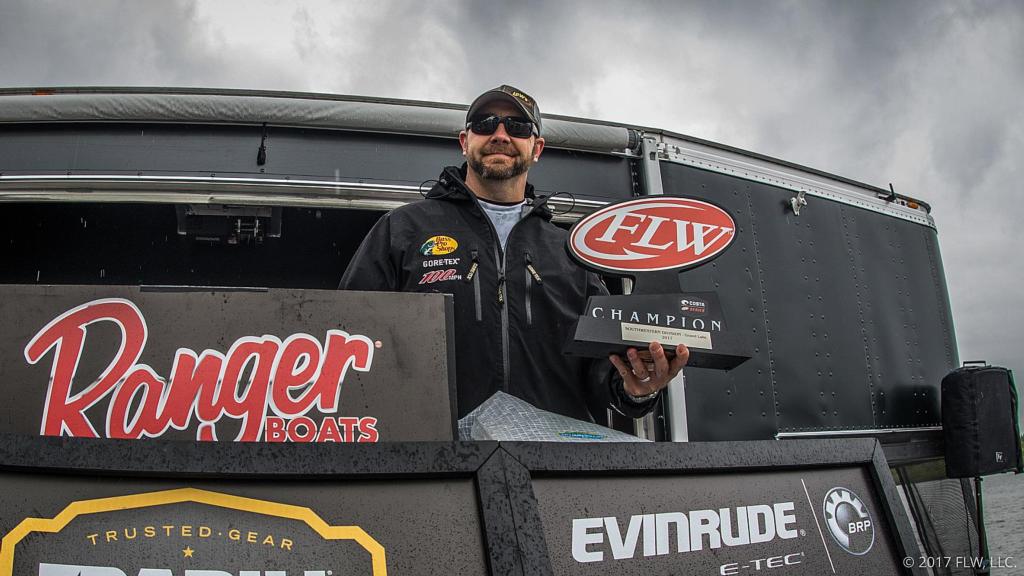 Mark Talley of Grove, Okla., has fished Grand Lake most of his life. Today he proved he knows a thing or two about the impoundment that sits just a mile from his house by winning the Co-angler Division of the Costa FLW Series Southwestern event presented by Ranger Boats.

“This is the first Costa I’ve ever fished,” Talley says. “I was going to fish it on the boater side, but there was a waiting list and I could get in on the co-angler side, so I figured, why not? As it turned out I won. Sometimes things just work out for the best. This is the first time I’ve ever won a boat, so I’m pumped!” 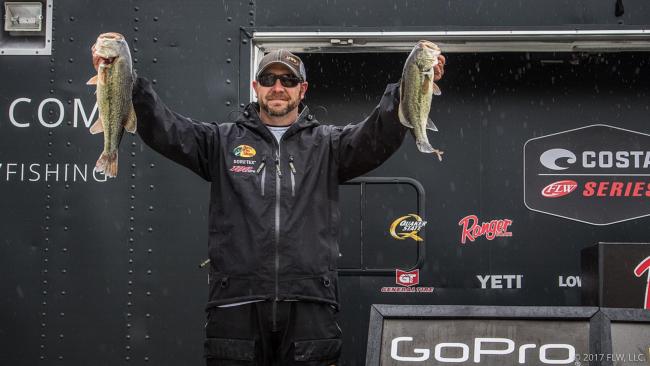 On day one Talley fished with pro Eric Poindexter of Eufaula, Okla., to catch 12 pounds, 10 ounces. On the second day he fished with Gary Caruso of Baton Rouge, La., to haul in 13-1 for a two-day winning total of 25 pounds, 11 ounces.

“I had two terrific pros,” Talley says. “They both took me to areas I was very familiar with. I had a lot of confidence in knowing the areas held fish.” 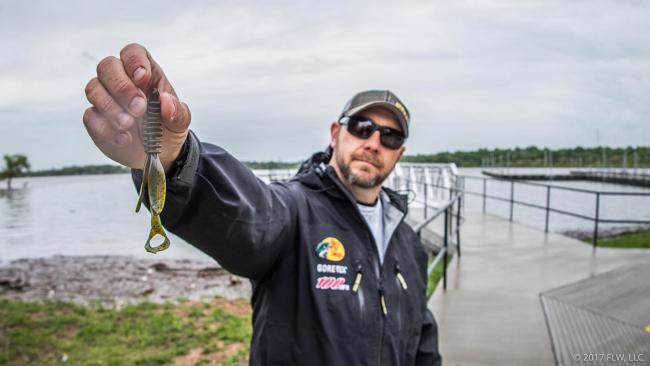 In addition to his confidence in the areas, Talley used his two confidence baits for spring time fishing on Grand: a Gene Larew Hoodaddy and a Yamamoto Senko, both in green pumpkin.

Talley rigged both soft plastics on a 3/16-ounce weight and fished them on 14-pound Lew’s APT Speed Fluorocarbon line.

“I alternated between the two baits, pitching them to any piece of cover my pro would leave behind,” he says. “I dyed the tentacles of the Hoodaddy in chartreuse and I think that makes a big difference this time of year, when the fish are around beds. We mostly fished in the backs of coves where fish were spawning and when that’s going on, that Hoodaddy and a Senko are hard to beat.”