Schlander Wins Big at the Delta 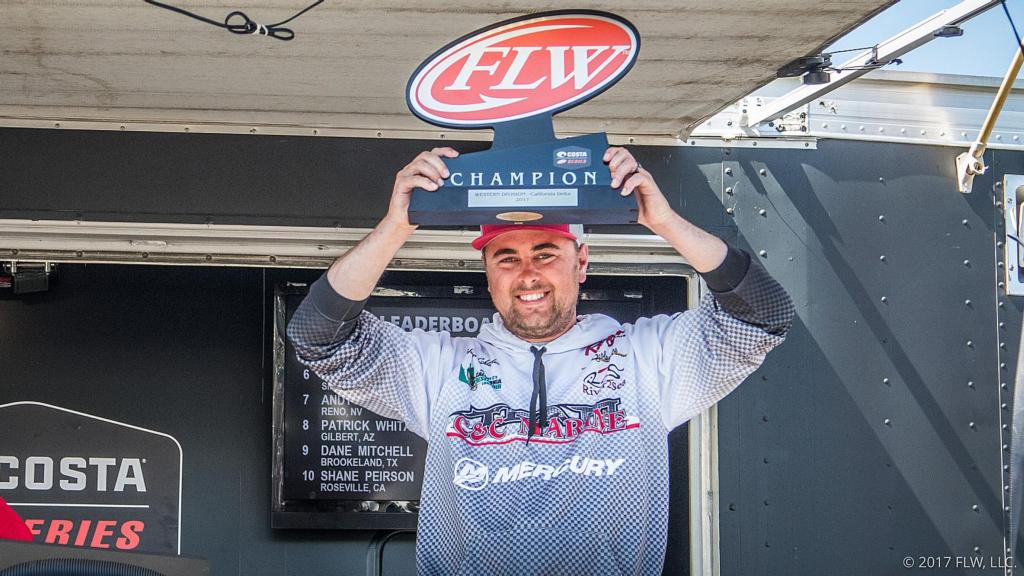 If there’s one thing that gets Hunter Schlander “cranky,” it’s a high tide on the California Delta. But that scenario is precisely what delivered a dominant victory at the Costa FLW Series Western Division event presented by Power-Pole and hosted by Russo’s Marina and Sugar Barge RV Resort and Marina. The pro from Modesto, Calif. tallied a three-day total of 57 pounds, 1 ounce.

For Schlander, who started the final round in second place, the game plan was all about leveraging the week’s tide schedule. Each day saw the last part of an incoming tide, with outgoing movement throughout most of the competition hours.

Schlander recognized this as the ideal opportunity for cranking, or getting cranky, as alluded to previously, along riprap banks in canals. The key was finding the right setup, which comprised a line of hydrilla growing a few yards from the riprap and a lane of clear water between that vegetation and the rocks. 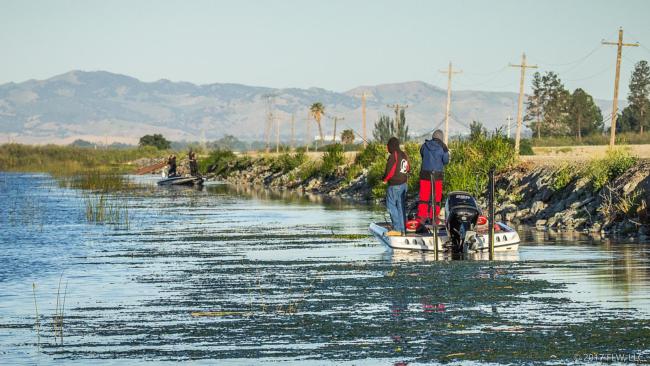 “You had to grind the rocks with the crankbait, and you had to be inside the weedline,” Schlander says. “You only had about two hours to catch them on the tide switch [high outgoing].

“I had two or three banks I could fish, but I had to do it fast because once the tide went out the weeds would suck up to the rocks and I wouldn’t be able to fish it with the crankbait.”

Also, Schlander was picky about the type of vegetation that flanked the rocks. Clean, crisp hydrilla allowed him to make more effective presentations than the slimy, stringy grass blanketing some areas of the Delta. The latter consistently gunked up baits for the Western Division sticks this week, while the former was more conducive to ripping baits free from snags to generate reaction bites.

Each day, Schlander got most of his better bites in the early morning. Today, he nabbed his first keeper just as the rising sun gleamed over the first riprap bank he fished. 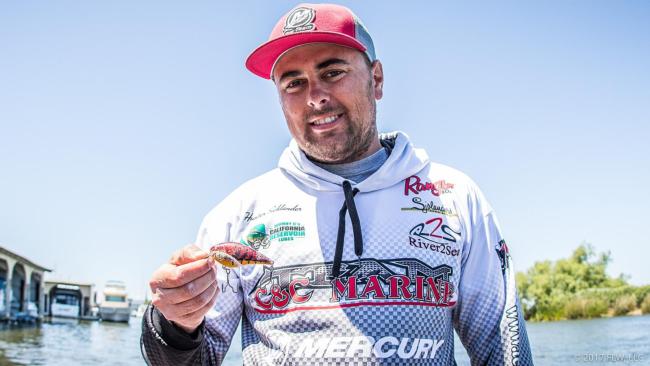 “I fished the rocks with a Lucky Craft BDS4 in the mad craw color with Trapper hooks, and I never lost a fish on those hooks all week,” he says. “When the tide would fall out, I’d go flip [Yamamoto] Senkos on tule islands and picked up a couple of key fish doing that.

Remaining diligent rewarded Schlander with a sixth-place day-one limit that weighed 19-3. He improved to second on day two with 16-1 and sealed the deal on day three with 21-13, the tournament’s second-largest bag. That day-three catch gave Schlander an impressive winning margin of 6-15.

“It was a grind this week, but it just seemed like you had to stick with it and have confidence in what you were doing,” Schlander says. “There were a lot of people fishing the same areas, and you just had to grind it out.” 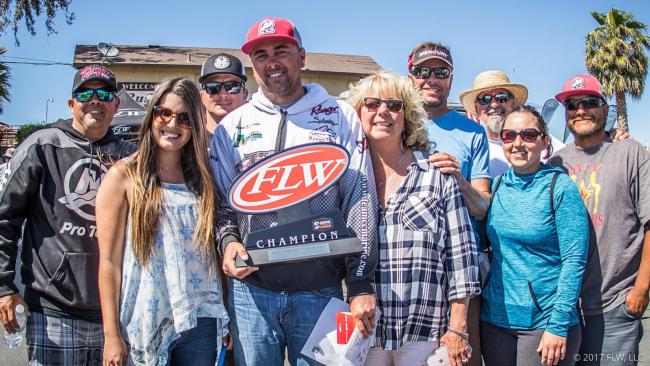