Cole Floyd makes a push for the lead 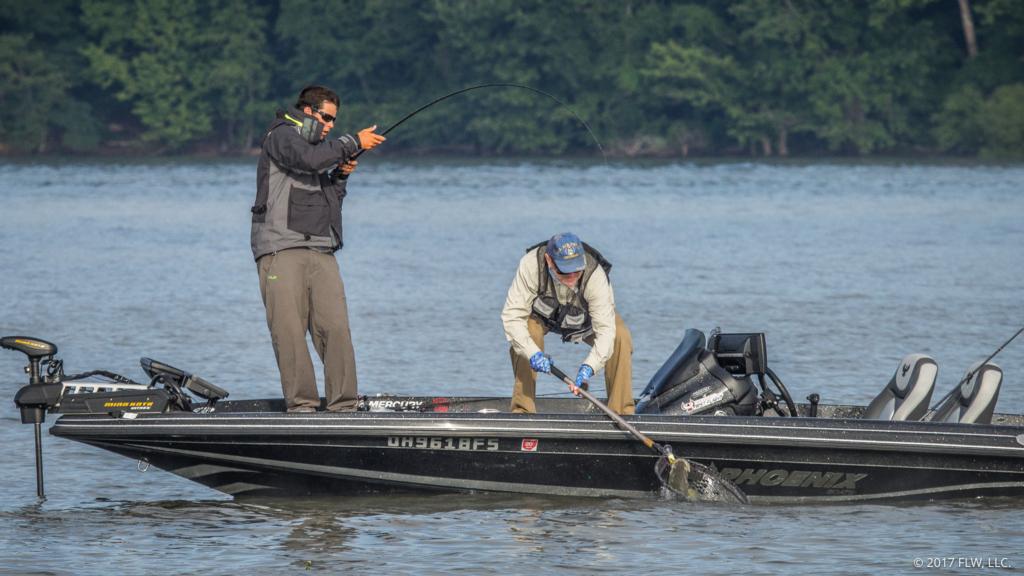 Clear, blue skies greeted anglers on day two of the Costa FLW Series Central Division event presented by Lowrance on Kentucky and Barkley lakes. Winds were lighter, and it seemed that the action was slimmer than that of day one.

Yesterday, 28 anglers weighed bags of 20-plus pounds, and many had that weight by mid-morning. Today, we saw a lot of long faces, as several anglers struggled to establish consistency. Bluebird conditions and slower current were the likely culprits.

We did not find day-one leader Jason Lambert, but we’re expecting to see him deliver another nice catch to complement the 25-2 he weighed yesterday. Lambert is highly skilled at graphing offshore structure and finding schools of fish and the particular bottom features they favor, so he’ll probably be back in the hunt today.

Cole Floyd, who tied with Tom Redington for second place with 24-7 yesterday, will match or exceed his opening weight today. We followed him on his hour-long run to Kentucky Lake’s south end where he absolutely scorched a school of “ready” bass.

Seven casts with a big crankbait yielded five keepers for about 20 pounds. Four of those came on consecutive casts. He would go on to cull a few times — once with a 6-pounder — and tally about 24 pounds by the time we left him shortly after 9 a.m.