A medley of morsels for drop-shots 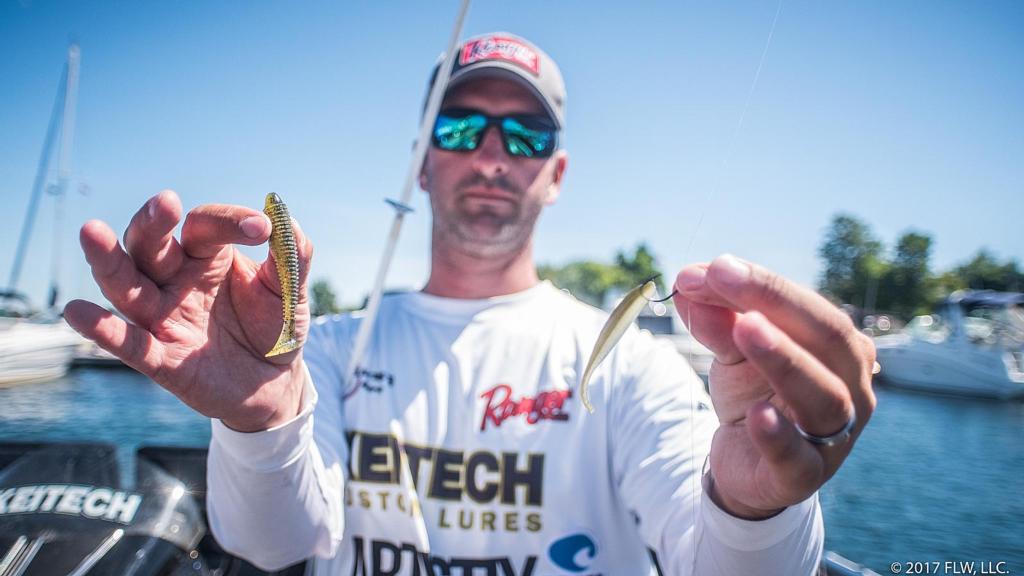 The lion’s share of the money won in the Costa FLW Series event presented by Evinrude at the 1000 Islands was earned with a drop-shot out on Lake Ontario. Dropping down for hungry summer smallmouths isn’t rocket science, but it sure works wonders on big brown ones. As such, a lot of the baits that worked well at the 1000 Islands are staples of Northern tackle boxes, but there were a few surprises as well. 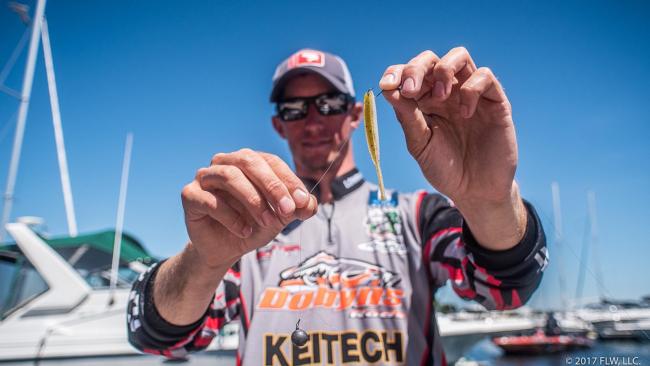 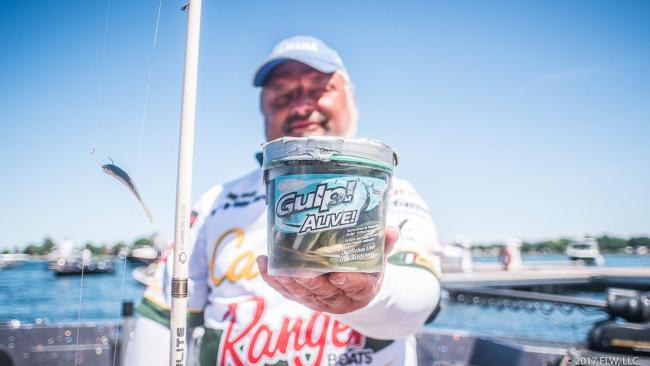 2. Joseph Fonzi guides on Lake Erie and keeps a tub of Berkley Gulp! in his boat at all times. He says he’s had the tub for the last eight years, and he simply dumps assorted little minnow imitations in the juice as he goes. In addition to the mixed bag of Gulp!, Fonzi also drop-shotted a baby bass-colored Yamamoto Shad Shape Worm. 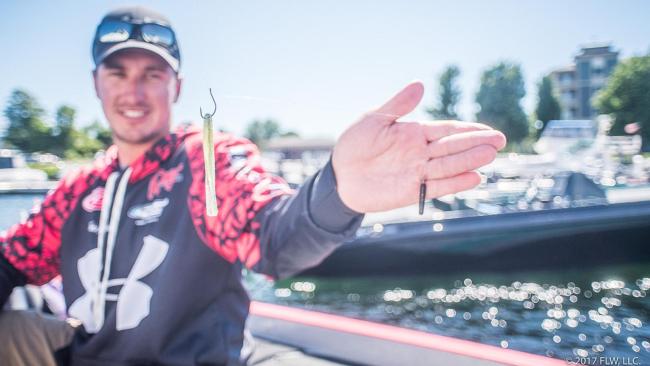 3. Chris Johnston made his money with a drop-shot and the ever-popular Jackall Crosstail Shad. 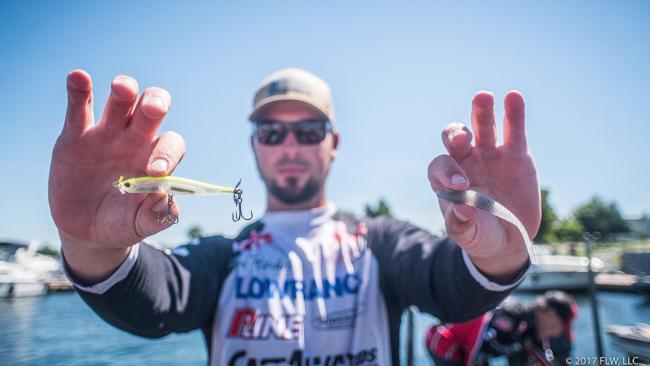 4. Kurt Mitchell drop-shotted a shad-colored Yamamoto Shad Shape Worm, but he broke from the pack just a smidge and caught a few casting a grass minnow-colored Duo Realis G-Fix Spinbait 80. 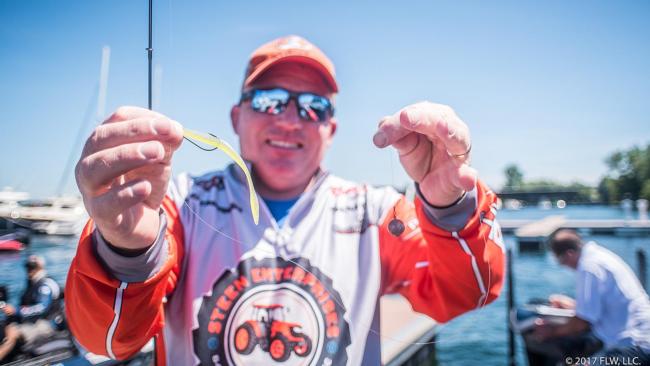 5. Timmy Thompkins played the drop-shot game with a Strike King Dream Shot and up to a 3/4-ounce weight. 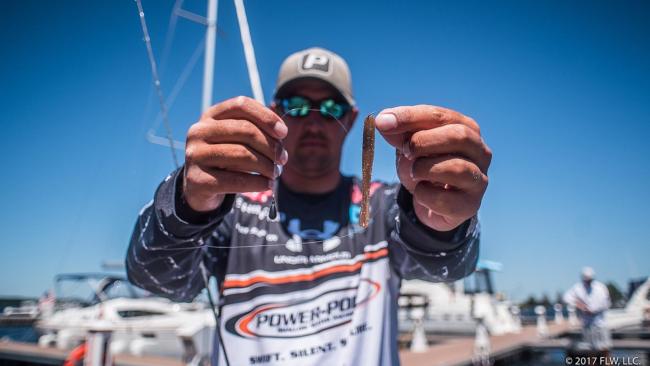 6. Like his brother, Cory Johnston did work with a drop-shot and a Jackall Crosstail Shad. 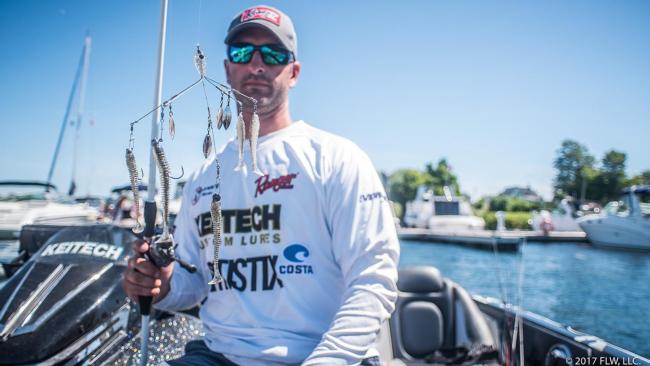 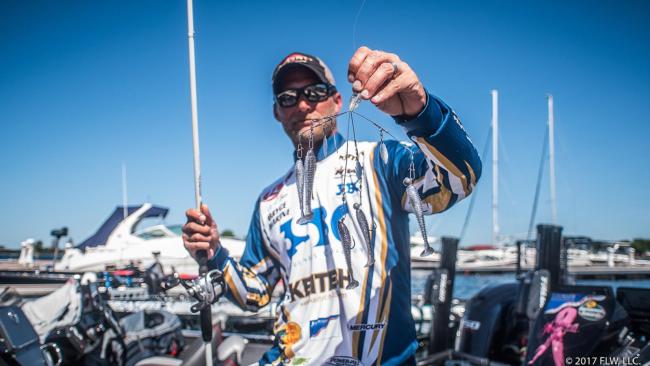 8. Also slinging an umbrella rig, Chris O’Brien tipped his with alewife-colored 3.8-inch Keitech Swing Impact FAT swimbaits. Like Smith, he also caught a few on a 3-inch Keitech Shad Impact on a drop-shot. 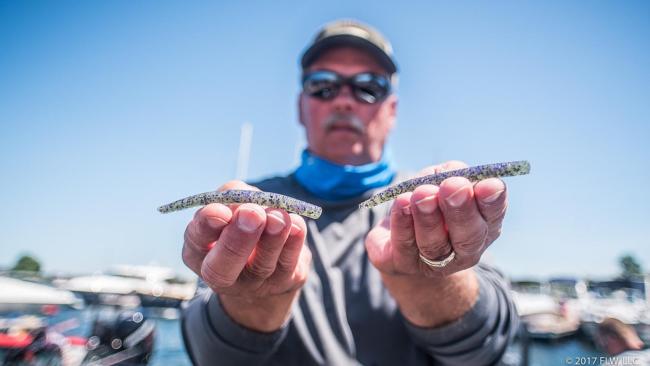 9. Fishing in the river, Ed Casey caught an occasional largemouth on a wacky-rigged Yamamoto Senko, but he did most of his damage with a custom-made “winky bait” in a smoke/purple/watermelon color on a drop-shot. 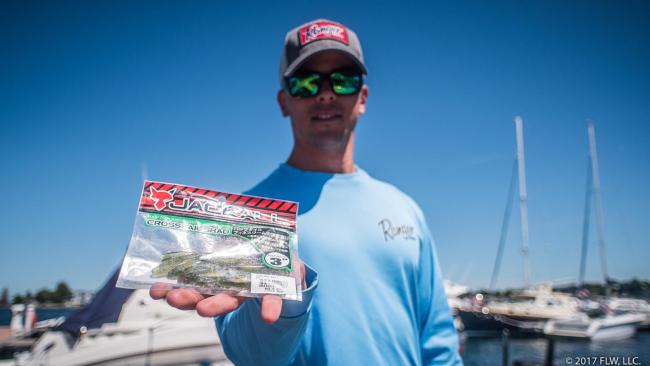 10. Making his second top 10 in a row at the 1000 Islands, Cal Climpson caught all his weight on a drop-shot with a Jackall Crosstail Shad.