How to Finesse Weed line Largemouths 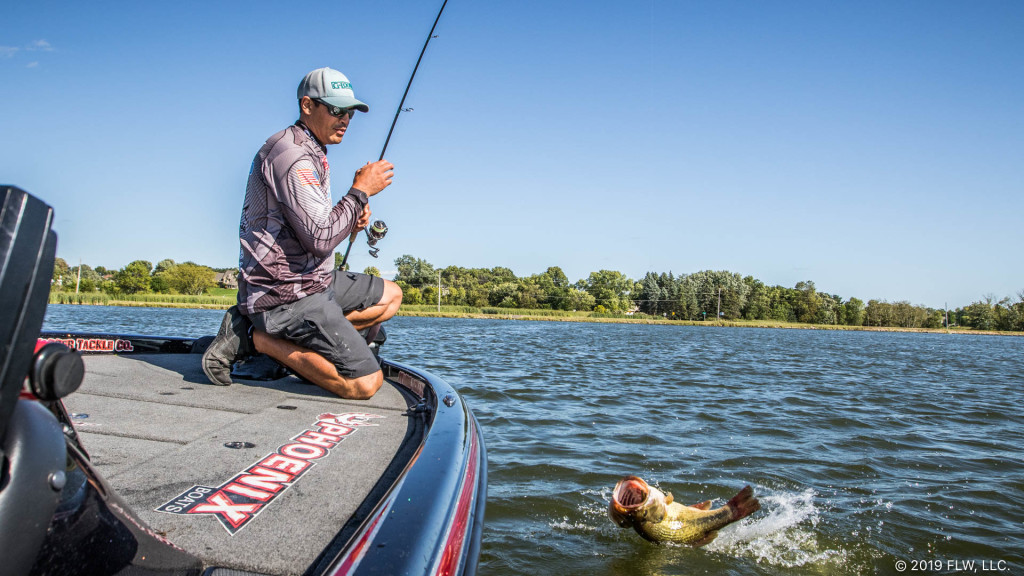 When it comes to finesse baits that put fish in the boat, the Ned rig has certainly earned a spot as a go-to for bass anglers across the country. While it catches pretty much everything that swims, most of the attention gets put on catching northern smallmouths or Ozarks-region largemouths and spotted bass with it.

For many, weed lines would be one of the last places to throw a Ned rig, but growing up in central Minnesota, FLW Tour pro Joel Willert learned early on that late-summer weed lines, largemouths and Ned rigs can be a deadly, yet often overlooked combination.

Here’s a rundown of how Willert utilizes the finesse tactic for big northern largemouths. 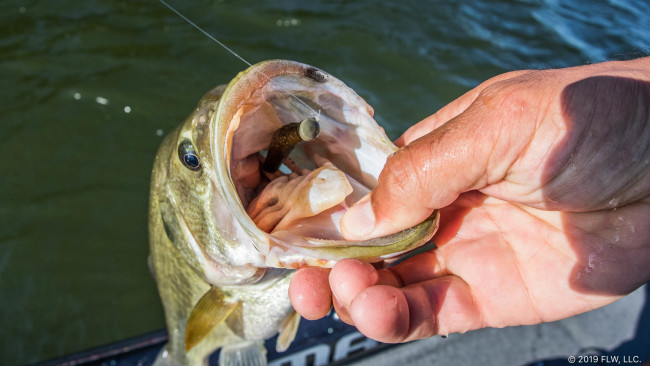 It’s no secret to the angling community that the Ned rig catches fish, but when it comes to targeting big largemouths, many shy away from the Ned in favor of bigger baits. For Willert, though, it’s a no-brainer.

“The Ned rig is a big smallmouth bait, which is probably why nobody thinks that a 2 3/4-inch bait can catch big largemouths,” Willert says. “But I’ve had so much success over the years that it’s just a bait that I constantly have tied on now no matter where I go. A lot of my success as a co-angler came from the Ned, and it’s honestly the reason I have my truck and boat now.

“As far as throwing a Ned for largemouths near weeds goes, I’ve caught more 5-pounders in club tournaments on that bait than anything else. It’s just not something they see much of, and it definitely doesn’t discriminate size.” 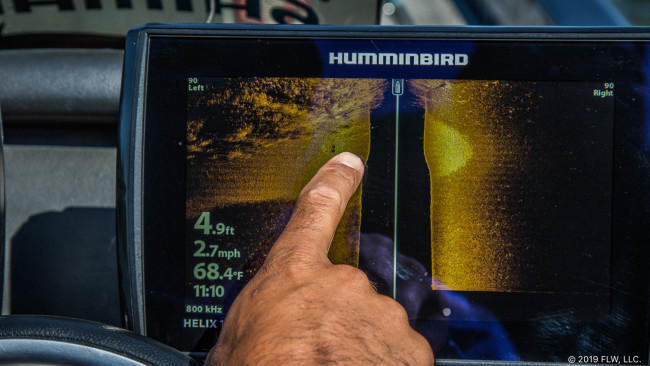 What to look for

While Willert admits you can catch a bass on a Ned basically year-round, one of his favorite times to throw it is late in the summer.

“Growing up fishing the lakes around my house, I noticed that the summer-to-fall transition is when this bite starts to get good,” says Willert, who calls Prior Lake, Minn., home. “The fish have been pressured all summer, and now the weeds are starting to brown and die off, and when that happens, the fish will get on the nearest rock.”

On many natural lakes across the north – and even in the south for that matter – you can find sand and rubble or rock patches scattered along weed lines. On small lakes, there may only be one or two places like it, but on larger bodies of water, there may be dozens. This is where using your electronics can save you loads of time.

“If you can find a little bit of rock or slight difference in bottom structure with some good weeds nearby, there’s going to be fish on it,” Willert adds. “You don’t want to throw the Ned in really thick grass – though you can catch some doing that – you’re really looking for rock or harder bottom adjacent to the weeds. I like to throw it along the weed edges on that hard bottom transition, that way you can fish cleaner and more precise. I’ll get bit a lot of times on the fall because I think those fish are just sitting inside the weed line waiting to ambush something that comes by.”

Willert notes that this technique will work in both clear and dirty water. Late in the year, when the weeds start to die off, lakes will get a stain to the water, but don’t let that stop you from throwing a Ned. Even just a foot of visibility is more than enough for a bass to home in on the tiny rig. 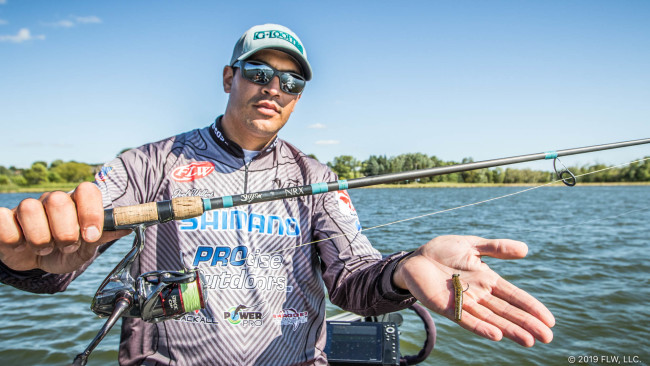 It doesn’t take being a Tour professional to figure out how to throw a Ned rig. Small bait, light jig head and light line is the basic principle. Willert follows that same train of thought, though his years of throwing a Ned have led him to what he believes is the ultimate Ned combo.

“I’m a firm believer in using a bait that is made of ElaZtech, because it floats,” he says. “I really think that it makes a difference, and, from my experience, once that bait hits the bottom and you drag it along real slow, when you stop it or kill it, the bait pops up right in front of that fish’s face, and I think that triggers a lot of bites. I’ve tested the bait a lot with smallmouths and largemouths on a bed, and that ElaZtech floating up hitting the fish in the nose is a lot of times what gets that bite or makes them want to eat it. I have to image it’s the same thing when you’re dragging the bait along the bottom and they follow it.”

The obvious choice for a bait would be a Z-Man Finesse TRD, but a cut-down Strike King Zero will do the trick as well. There are several other Ned baits on the market made of plastic that float (at least to a degree), but Willert favors ElaZtech for both the buoyancy and the durability. Despite water color, green pumpkin is his top choice, day in and day out.

Willert is also picky about the jig head he chooses.

“I like the Swagger Tungsten Flanders Ned Head, because it’s got a good hook, good keeper, but the best part is that it’s tungsten, so that helps with feeling the bottom,” he explains. “I fish the bait really slow. When you’re trying to fish smaller rock patches, it is a bid deal to know when you’re in the strike zone or not.

“I like to throw the smallest jig head I can get away with depending on the conditions. I think a lighter weight helps get more bites, because it’s subtle, but you’re also not going to get hung up as much when you’re fishing rocks. I usually stick with a 1/6-ounce, but if I can throw a 1/10-ounce I will – or on the other side, I’ll go to 1/5-ounce if it’s pretty windy.”

From there, Willert wields a G. Loomis NRX 872S rod matched with a Shimano Stradic Ci4+. He spools up 10-pound PowerPro Super8Slick V2 and ties on either an 8- or 10-pound fluorocarbon leader depending on how big the rocks are or if zebra mussels are present. 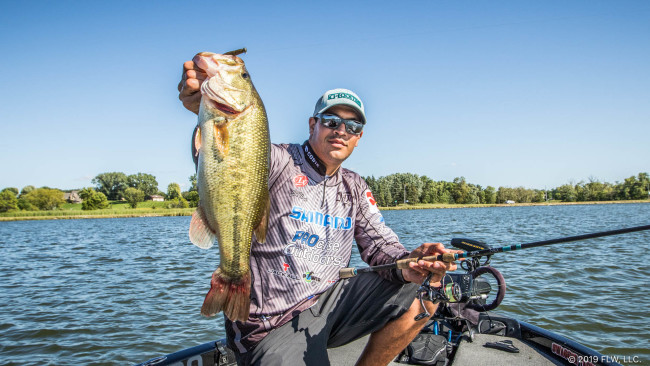 Once Willert establishes a spot to fish and has his Ned ready to cast, one of the most important parts of the whole system is to make sure to fish slowly.

“Some people reel in their Ned, some people hop it, but I like to drag it real slow and then at the end of my drag I just kind of shake my rod tip just a little on slack line,” he says. “If the bait is laying on a rock funny or rolled on its side, shaking my rod tip helps the bait to roll upright and help that ElaZtech to float.”

Throwing a small jig with a small piece of plastic on it may not be the first, second or even 10th choice for anglers looking to load up on late-summer largemouths, but Willert is just fine with that. That leaves more fish for him. If the fishing is getting tough or you’re looking to try something new, grab some Ned supplies and see what happens. You’ll likely be in for a big surprise.