A unique, versatile rig for almost any situation 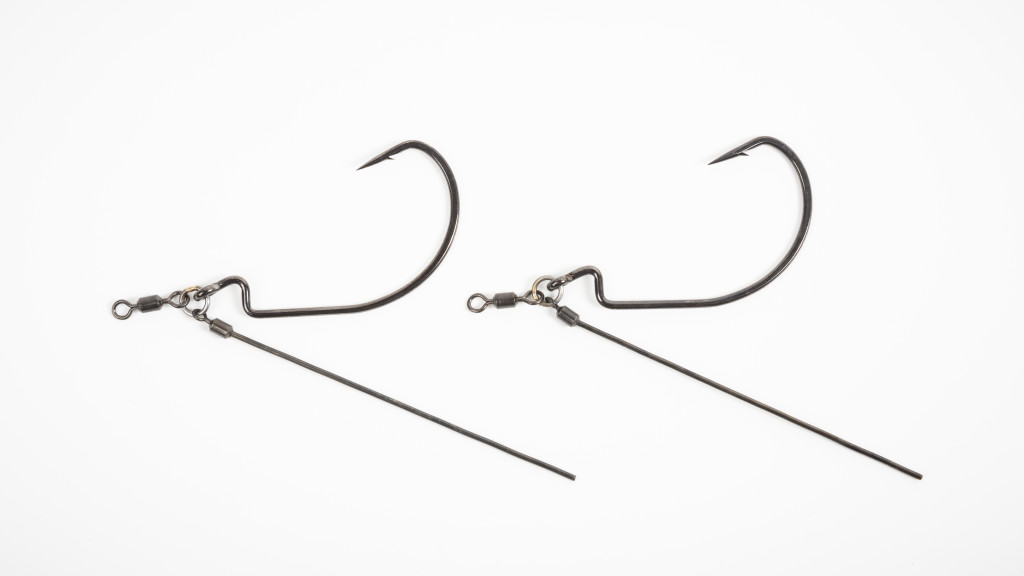 When the VMC Tokyo Rig first debuted at ICAST in 2018, a lot of folks didn’t know what to make of the weird-looking contraption. Some thought of it as a gimmick. I kind of felt that way at first until some industry friends told me about their success with it. It didn’t take long before I had a few in hand and was ready to take it for a spin.

Other than a Jika Rig (aka Jig Rig), there isn’t much on the market like this versatile hook/rig combination, which comes almost ready to rock right out of the package. The Tokyo Rig is also customizable to fit most situations an angler could encounter. After putting it through the paces, here’s what I learned about it. 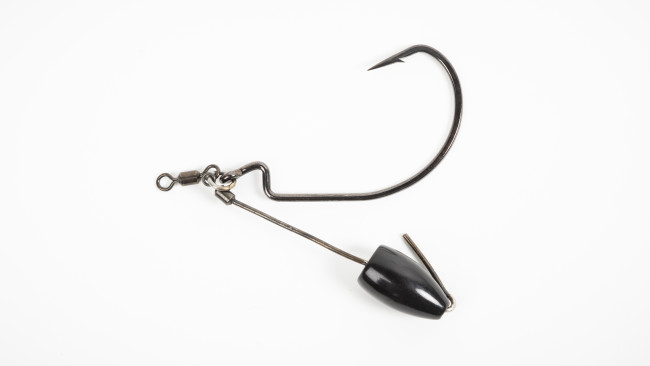 The makeup of the rig

The Tokyo Rig is part Texas rig, part swinging football jig, part swimbait hook and part punching setup. Really, it can fit the bill for just about any depth range or cover.

While the Tokyo Rig now comes in three different hook options (EWG, flipping and offset worm), I only reviewed the EWG model. The EWG version is available in hook sizes from 2/0 to 5/0, so it really covers the most common needs of bass anglers.

The rig is pretty simple. Three pieces of hardware slide freely around a solid metal ring, which ensures the whole thing stays together. There’s a hook, a swivel for tying your line and reducing twist, and a 2 1/2-inch stainless-steel dropper arm. The dropper gives the rig its versatility because it allows you to add or quickly change any size or style of weight. It’s easily bendable, so to use it you just fold the tip over to keep the weight from falling off and bend it back straight if you need to change weights. 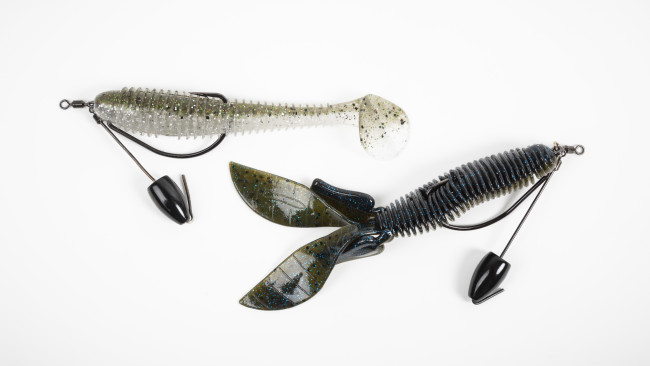 Like I said before, I wasn’t completely sold on the Tokyo Rig at first. Other than the fact there is a lot of hardware involved, I just wasn’t exactly sure how it would fit into my arsenal.

I started off fishing it wherever I would a Texas rig paired with a Berkley Powerbait Maxscent Creature Hawg, Big Bite Baits Craw Tube or Missile Baits D Bomb and it didn’t take long to start building some confidence with the Tokyo Rig. Fishing in Minnesota, I primarily flipped vegetation ranging from lily pads to coontail to milfoil, and the rig put fish in the boat.

I flipped a 1/2-ounce tungsten weight most of the time, but the problem I found when flipping thicker grass was that a single tungsten weight would often grab weeds on the way up since the flat part of the weight faced the line tie. I then started running two 1/4-ounce weights back-to-back so that the narrow ends of the weights were always leading through the grass, whether the rig was falling or being pulled out.

The best part about the Tokyo Rig versus a Texas rig in most situations – and especially in grass – is that you can flip in a pocket of grass and shake the bait like a drop-shot. It allows the soft plastic a great deal of freedom of movement while sitting slightly off the bottom.

I also fished the Tokyo Rig around places I would a jig – mostly docks, reeds and laydowns – with the same solid results. It slides through cover wonderfully and very seldom gets hung – probably less often than a jig might, depending on if or how you trim the brush guard. The only downfall that I really encountered in these situations is that it doesn’t skip too well with heavier weights. Though, with some practice, I didn’t hesitate to slip it under a dock or under a tree.

From there, I took it offshore and used it in situations I would normally throw a swinging football jig like a Gene Larew Biffle Hardhead. I usually fished it with a single 3/4-ounce tungsten weight, but would go heavier in deeper water or rough conditions. There were times it outperformed a bottom-hugging bait simply because the wire arm allows the plastic to sit up from the bottom just a little bit. This was especially important in some lakes that had green slime on the rocks. The weight collected the slime, but the bait stayed clean. While I generally fished it offshore with some type of craw or creature bait, the Tokyo Rig also performed well with a medium to small swimbait, like a 3-inch Storm Largo Shad or 3.8-inch Keitech Swing Impact FAT – especially for smallmouths. 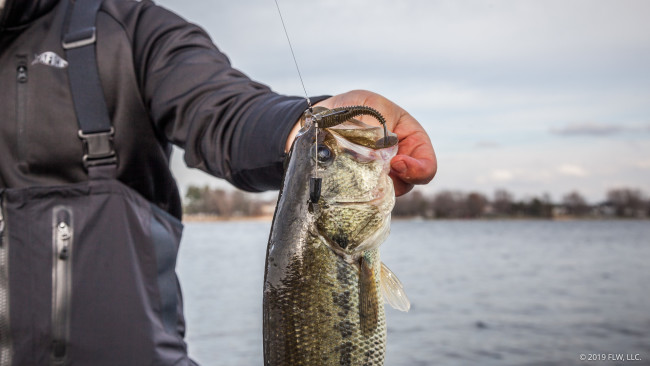 The Tokyo Rig has an action that really isn’t like anything else on the market. The bait maintains freedom of movement like a drop-shot, though you can fish it pretty much anywhere. Because of that, it is a good rig to have tied on in general, but it’s also a great option to fish behind other baits or other anglers.

During testing, I made a point to fish the Tokyo Rig back through pads, offshore rock piles and weedlines that I had already fished with other baits, and more times than not I got additional bites. To further prove my point, I fished back through some areas with the same soft plastic on my Tokyo Rig as I previously used on a Texas rig, and that got more bites, too. Eventually, the Tokyo Rig became one of my primary choices when fishing on the weekends or on the more popular lakes in Minnesota that get a lot of angling pressure. 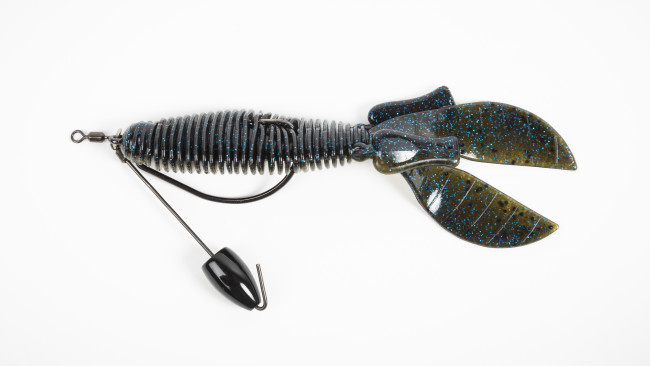 From braid to fluorocarbon, the rig handles it all. I never had a component on the rig fail, even after dozens of fish.

Though there’s still a time and a place for a jig or Texas rig, I felt like I could get big bites and numbers from the Tokyo Rig, and the fact that I could have one rig tied on and basically flip at any cover I came across in a day of fishing was nice. It really has a wide range of uses, and I feel like I’ve only scratched the surface of when and where to throw it.

Really, the only slight downfalls of the rig are that it doesn’t skip well and I wish there was a wider range of hook sizes in the EWG model. It’d be nice to get a little more finesse in some situations, and to throw some bigger baits in others. Still, those aren’t enough to deter me from keeping a stockpile of them in my box moving forward.

If you’re in a situation where you’re limited on rods and want one rig that can do a lot, or you’re a tournament angler looking for a leg up on the competition, give the VMC Tokyo Rig a shot. You’ll find it certainly is no gimmick.