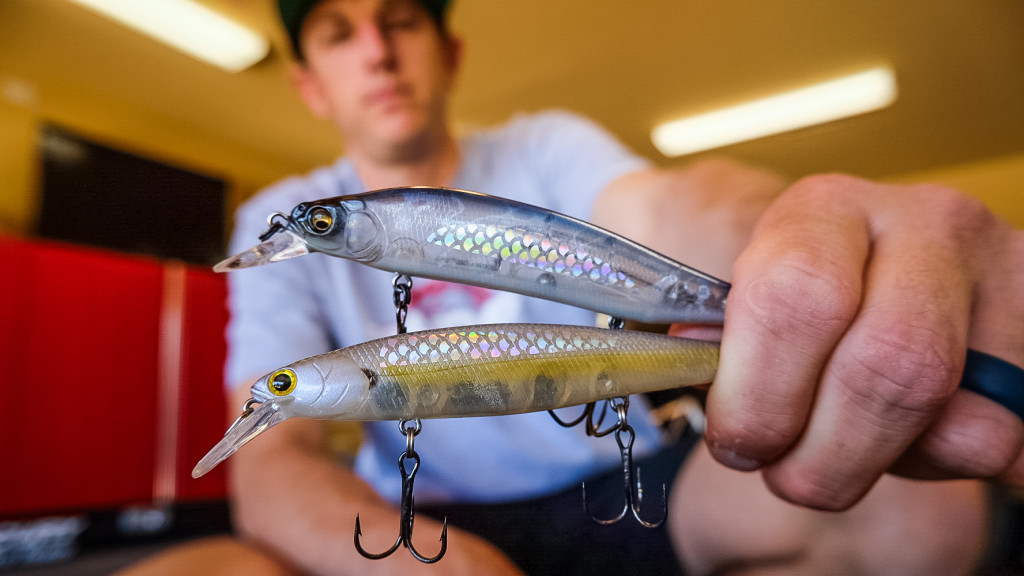 Schooled on tough Western fisheries with clear water and smart bass, Wade Strelic knows a thing or two about getting the most out of baits. One of his favorite modifications for super-clear water is to add a strip of holographic tape to each side of his jerkbaits.

“I’m a fan in clear water of reflection. I think it throws the fish off,” says Strelic. “They don’t really get a good look at it. I like to throw a gray spinnerbait out here with gunmetal blades with that reflection tape on it, and I’ve had them eat it in clearer water than you’ve ever seen in your life. It just breaks up the profile so they don’t get a good look at it and it doesn’t look mechanical.

“So, I started doing that to my jerkbaits. I bought the reflection tape, and I just cut a strip of it and put it on the side of the jerkbait. It’s not overpowering, but it gives the bait a little bit of flash. Most of the time those fish are coming up from 20 feet away to eat that thing, and in ultra-clear water where the visibility is 15 feet or more, it helps.” 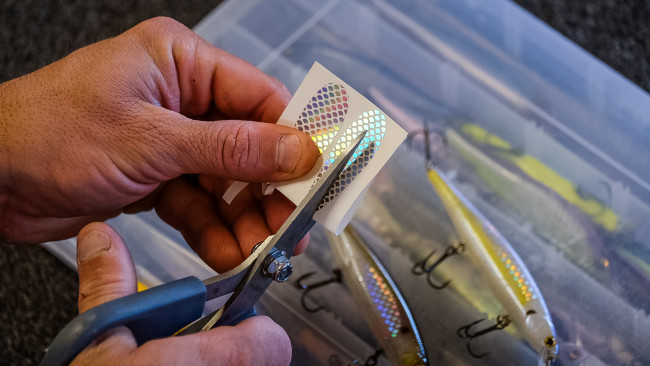 Strelic uses pre-cut spinnerbait blade tape in a holographic scale pattern (color No. 563 where he buys it). He uses scissors to cut a strip that’s about 1/16 to 1/8 inch wide and sticks it along the lateral line of the jerkbait on both sides. Because it’s literally just a waterproof sticker, you can take the tape off if it’s not working at no cost to the bait.

“I like to do it on mostly ghost colors, or maybe chartreuse shad,” says Strelic. “I want something that’s clear, so they see that flash and they can’t get too good a look at it. It almost puts them in a trance, especially smallmouth. It’s a thing I do in high sun, or if they eat it one day and then it’s slicker the next and they stop eating it.” 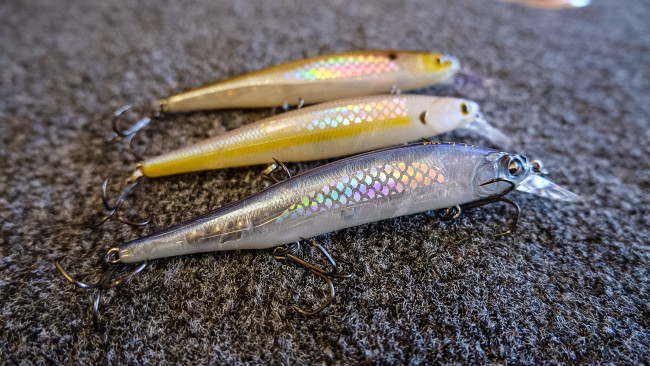 Strelic has modified other baits besides jerkbaits, including topwater baits, but says the spinnerbait was where it all started.

“I’ve seen it firsthand at Lake Mead, when you can see down 25 feet, a mouse-colored War Eagle Spinnerbait with those blades works. It changes the whole bait. They can’t really get a good look at it.”

The next time you encounter extremely clear water, you might want to give it a shot. In the worst case, you’re out a couple bucks and you tried something new. In the best case, you’ve got a new secret weapon to fool tricky fish.