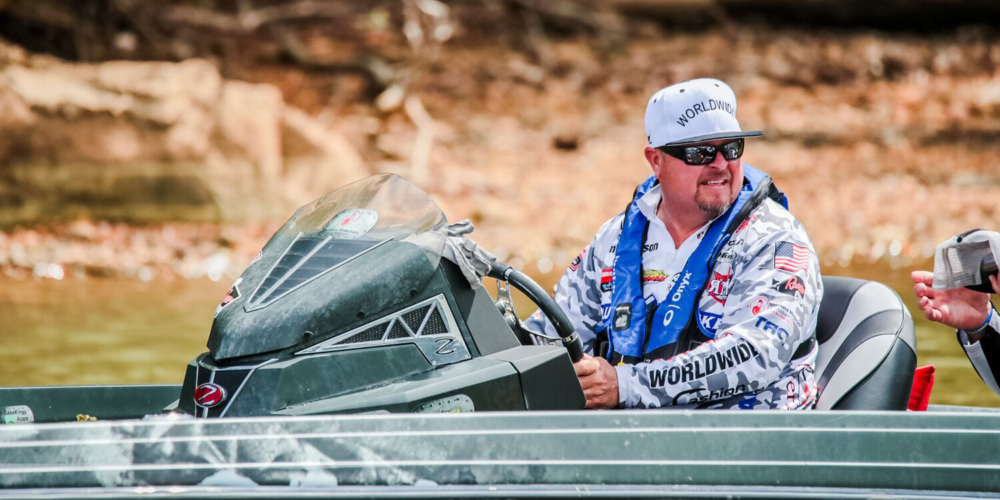 Last week, MLF pro James Watson came up just 7 ounces short of winning an FLW Costa event on Lake of the Ozarks, in his home state of Missouri. It wasn’t the first time Watson came close to a win, it’s actually a surprise that he didn’t win considering his proven track record for fall fishing success.

While other anglers sometimes struggle to locate peculiar fall bass, Watson says that fall is his favorite time of the year to fish.

“I feel like I can really track bass and their movements better than any other time of the year,” Watson explained. “While other anglers can really struggle during the fall, I kind of feel like this part of the year was built for me. I’m no different than someone who thrives in a prespawn situation, but struggles in the fall. I don’t do well fishing during the prespawn period, but I have made a solid living off of my success in the fall. This is my comfort zone.”

Watson thinks of himself as a shallow-water bank beater. He spends the fall months working near the backs of creeks and following the bait as any good angler does, he just seems to have a better understanding of when the fish are making their move toward the creeks from the main lake.

If you ask Watson why he feels so comfortable and confident come fall, he doesn’t really have a specific answer for you other than the confidence he has gained over the years.

Sometimes it’s just as simple as that. No secret formula or unique bait, just a proven track record across the country during the fall. Still, I was able to get a little bit of advice from the Bass Pro Shops pro after a little bit of prying. He told me what exactly he looks for when he first gets to a new body of water to fish a fall tournament.

Watson says if he locates the shad, then he heads to the bank with a few simple (yet effective) tools.

“I need a big rod, big braid, big River2Sea Wopper Plopper, big Tackle HD Worldwide Buzzer buzzbait, big spinnerbait, and a big jig,” Watson listed. “I do a lot of my work with the Wopper Plopper on 50- to 65-pound Maxima braid spooled on a Bass Pro Shops Pro Qualifier high-speed reel. Add in a Cashion JW 92678 rod and that’s what I use for topwater.”

Watson is quick to point out that not everyone has success in the fall, just like how he rarely finds success come prespawn time. However, you can’t get bit if you don’t have a line in the water.