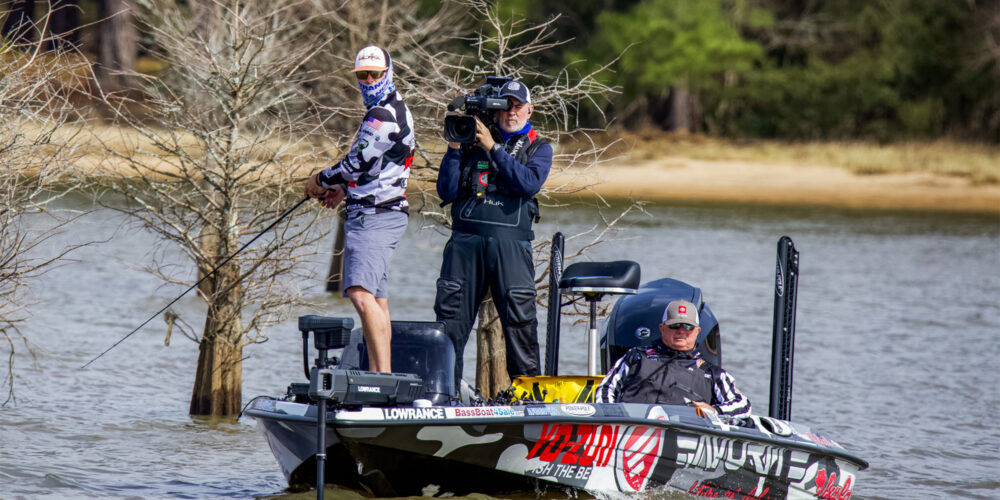 When Zack Birge isn’t in a duck blind during his fall offseason from the MLF Bass Pro Tour, he still likes to take a swing at a few local bass. In particular, the bass that live in Grand Lake O’ The Cherokees or Fort Gibson Reservoir in Oklahoma.

“Whether I’m fishing a Toyota Series or just going fishing, Grand and Fort Gibson are where I fish during the offseason about 99 percent of the time,” Birge confirmed. “I know these lakes really well and enjoy fishing them. Both have quality fish to catch in that 4- and 5-pound class.”

Birge’s approach to catching bass on Fort Gibson and Grand is the essence of bass fishing simplicity. It’s a classic one-two punch: He throws a topwater or flips a creature bait.

“When I’m fishing the topwater baits, I look for flats just beyond where a channel swing ends,” Birge says. “I’ll also look for shallow brush or other cover that most anglers don’t fish. I like fishing stretches where people typically run by them in their boats. I look for small spots on those do-nothing banks.

“Same with docks. I don’t fish every dock, but ones that have something unique that other anglers miss. Now, if there is a lot of water flow, I may go upriver and fish current seams and eddies, but otherwise, it’s the brush, docks, and channel swing flats.

The simple offerings include a Yo-Zuri 3DB Pencil or a buzzbait with a toad. As far as flipping, it’s a creature bait with a 1/4- or 5/16-ounce tungsten weight in a natural color.

“I keep the colors simple (with the Pencil and buzzbait): white or bone,” Birge admits. “When I’m flipping a creature bait, it’s hard to go wrong with a green pumpkin color with a tad bit of orange or chartreuse on it. Those baits work.”

Time of day can be important.

“I seem to get bit in the morning the first hour or two on topwater if it’s sunny,” Birge says. “If it’s overcast, topwater can work all day. If it’s sunny, I eventually slow down and look for that brush to flip.”

The KISS Principle: Rods, Too

Like the locations he searches for and the offerings he fishes, Birge keeps his rod and reel selection simple as well.

“This really is a simple approach,” Birge reinforces. “I’ll have a few Favorite Fishing Rush Series rods on the deck. I use a model called ‘The General.’ It’s a very good general use rod. It’s 7 foot, 3 inches and I use it for everything.