McClelland’s Next Crankbait Class: Keep Crankin’ into Winter (Part 2 of 2) 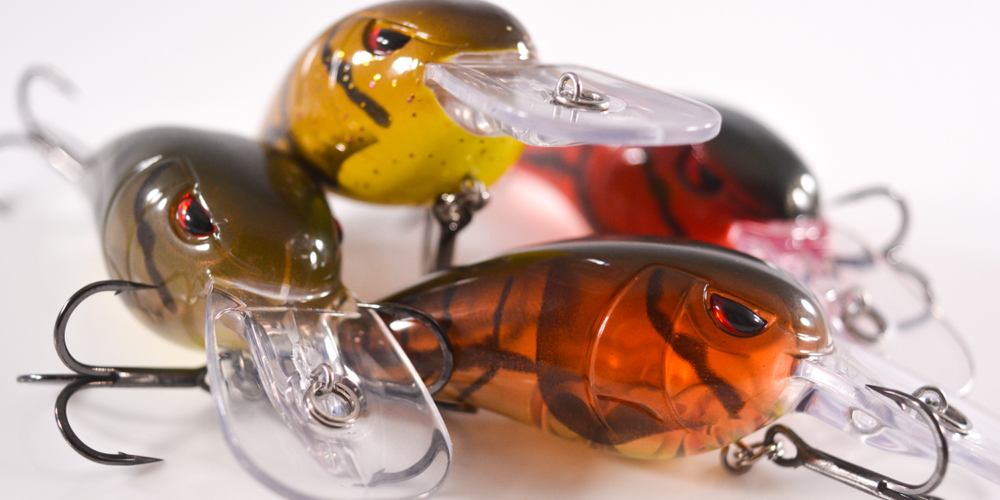 The calendar says that you crankbait-loving bass anglers officially have until Dec. 21 until “fall cranking” turns into “winter cranking.” According to MLF pro Mike McClelland, it’s not the calendar that determines when, where and how he fishes a crankbait, but the conditions that greet him when he shows up at the lake in December and January.

“I don’t know if global warming is real or not, but I do know this: that period of fall where it transitions into early winter seems to last much longer than they did when I was a kid,” McClelland says. “We didn’t fish as much in the winter back then because we had ice on the lakes by January. Now? I’m going to fish a crankbait clear through winter until I’m 100 percent convinced that the craw have gone dormant, or the water temperature has plummeted so much you just know that things aren’t right.”

As he mentioned in “Mike McClelland’s Graduate Level Fall Cranking Tips,” the Missouri pro is a staunch believer that crankbaits catch fish when the water gets cold in November and December. But while most other anglers wean themselves off of the wigglers before Christmas, McClelland knows that he can crank up smallmouth and spotted bass well into a New Year.

“Over the last 20 years, I’ve caught fish well into January throwing a crankbait,” he confirms. “A lot of Ozark lakes will have a ‘polar bear’ or New Year’s tournament, and year after year, I can look back and remember that we’ve had really good success in those events on crankbaits.”

The reason is pretty simple, according to McClelland: “There are a number of fish that just continue to live shallow throughout the winter. Unless it just gets thick ice, those fish live there.”

The Last of the Shad Advantage

“There are a lot of times after shad have died and fall to the bottom, it’ll pull craw out of dormancy to feed on dead shad,” McClelland says. “If you get a big kill and you know that there’s a lot of shad on the bottom, craw will come out to feed. It can be a pretty tough bite right when shad are dying, but that’s one condition where you can get a really good crank bite in the late, late fall.”

Speed (or Lack of it) is Key

Retrieve speed is a non-ending debate, but McClelland asserts that slower fish metabolisms demand slower-moving crankbaits. To accomplish the presentation he needs, the Cabela’s pro will vary how he swims a SPRO RkCrawler 50 or RkCrawler 55.

“Once the water gets into the upper 40s, speed is critical,” he says. “Sometimes you can still get a reaction bite with a faster wind, but there are lots of times when you cannot fish a crank slow enough. Sometimes I’ll cast, wind it down until I hit the bottom, and then pull my bait 3 or 4 feet with my rod. I don’t wind at all. I’ll do that, and then wind again to basically catch up to the retrieve.

“And this is not a time when I want a high-speed reel. So many guys get caught up on high-speed reels, which are awesome when you need to move fast. But it’s important in the fall and winter to drop down to a lower gear ratio – a 6something:1 or even an upper 5:1 so you can get the speed right.”

Size Doesn’t Matter (As Much)

In the early to mid-fall – when pressure on his local Ozarks lakes was high – McClleland found that a slightly smaller crankbait like the RkCrawler 50 gave him a slight boost over the bigger profile of the RkCrawler 55. Now that the fishing pressure has transferred to deer and duck blinds, the size of your crankbait isn’t as critical.

“I think there are times when size is really important, where pressure can really dictate the size you should throw, but I don’t know that size is as big a deal now as just being around fish,” McClelland says. “One of the beauties of this time of year is that the (pressure) is really thinned out. You’re now mostly focused on the size of bait that gets you to the depth you want.”

McClelland upsizes and downsizes the diameter of his line when depth is a major consideration, so he’ll frequently spool 8-pound Sunline Crank FC Fluorocarbon in December and January.

“There are days where an extra 1 to 1 1/2 feet makes a difference, and that small diameter can get you an extra foot of depth,” he says.