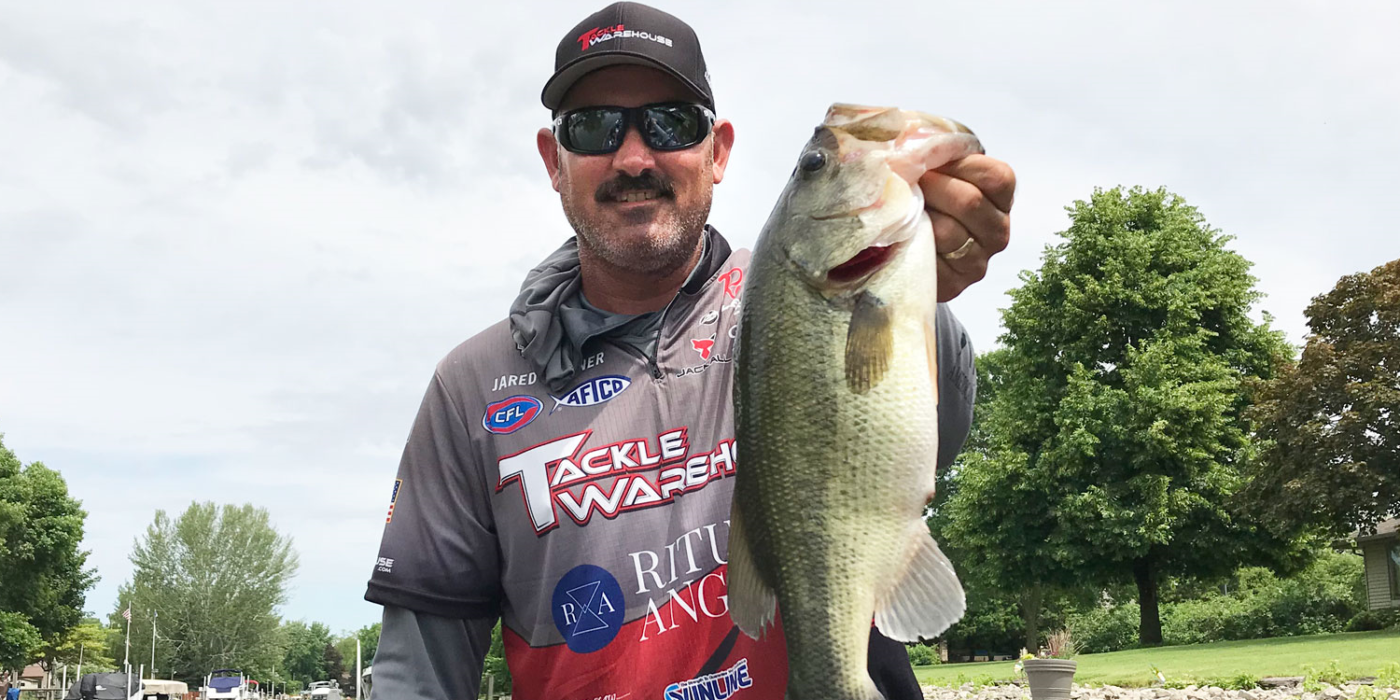 Although June 21 kicked off the calendar start of summer, a quick look at conditions around the country will tell you the real truth: it’s not summer until the fish say so.

A wetter-than-average spring throughout the Rocky Mountains, Plains, Upper Midwest and Mid-Atlantic has translated into high, fluctuating water – as MLF Bass Pro Tour anglers experienced in Stages Six and Seven on Table Rock Lake – and fishing conditions that both flout many common summertime bass-fishing rules at the same time.

Here are a handful of truths and untruths about summer to pay attention to this month:

Largemouth will become disinterested in eating as the summer progresses, instead hovering around structure and deep shade, and feeding only occasionally. That’s why Mercury pro Mike McClelland keeps a worm rod rigged with a Big Bite Baits 10-inch Kriet Tail Worm on deck at all times.

“Over the years I’ve found that a 10-inch worm is one of those tried-and-true baits in the summer almost anywhere you’re fishing for largemouth,” McClelland says. “I’ll fish a blue flake 10-inch Kriet Tail Worm more often than not. The big thing about a 10-inch worm is that, when a fish eats in the summer, he usually wants to eat a bigger meal. They can get somewhat lethargic, but when they decide to eat in the summer, they want to eat something worthwhile.”

McClelland Texas-rigs the Kriet Worm on a 4/0 to 6/0 Gamakatsu G-Finesse Hybrid Worm Hook (depending on the size of fish he’s targeting), with a ¼- to ½-ounce weight. He’ll spool 16- to 20-pound Sunline Shooter on a Falcon 7-foot-4 medium heavy rod.

“Depth depends on what part of the country you’re fishing,” McClelland advises. “A place like Florida, you’re shallow no matter what, but you get up into the Midwest and places where it’s deeper, I try to fish that big worm around a thermocline. Just any little temperature break you can find.”

Standard school of thought about July and August is that fish move deeper and deeper as the mercury gets higher. Not necessarily so, according to Mercury pro Randy Howell.

“It’s a misconception that all fish go deeper in the summer,” Howell confirms. “People believe that you have to fish deeper, but there are always plenty of shallow fish to be caught in the hot summer months. You just have to look in the right places: far, far back in creeks, for example. There’s usually cooler water coming in from springs, and fish will migrate back to that cooler water and shade.”

As the year’s high water drops, locating fish as they move away from emergent cover can be a task. As Howell points out, some fish will remain in the backs of creeks, but a big part of the population will eventually make their way back to the original bank, and closer to deep water. It won’t be a linear, predictable move – fish will take some time to get where they’re going, and they’ll move from cover to cover along the way.

In this condition, topwater is – and always will be – a bulletproof way to locate fish.

“The topwater deal starts post-spawn and goes all the way through summer, and it’s a dependable way to catch fish – low water, high water, topwater is always a deal in the summer,” says Mercury pro Jared Lintner. “The first part of summer, your popping-style baits like Ricos are good, and buzzbaits are good early in the morning and late in the evening. But to me, a walking bait, like the original Spook, is just so hard to beat for covering water. If I had one topwater to throw all around the country, it would be a bone white Spook or Super Spook.”

Lintner will pick up a Jackall Pompadour when he’s throwing to targets (pilings, laydowns, rock, etc.), but if he’s in summer search mode, it’ll be a Spook, a Jackall Bonnie or an Evergreen Shower Blow. And he’ll almost always vary his retrieve, no matter which he’s throwing.

“I think of a topwater almost like a jerkbait: you can work it fast or slow, you can throw in some hard twitches, you can add some slow pauses – it’s your job to figure out the cadence and the cast, but I’d advise that you don’t just retrieve it like it’s ‘supposed’ to be retrieved,” Lintner advises. “One mistake a lot of people make when they have fish located is they’ll bomb a cast and immediately start working it as soon as it hits the water. Just let it sit there. Let it hit the water and let the rings disappear. It’s amazing how many fish you’ll catch on that first twitch after you’ve let a Spook sit for a few seconds.”