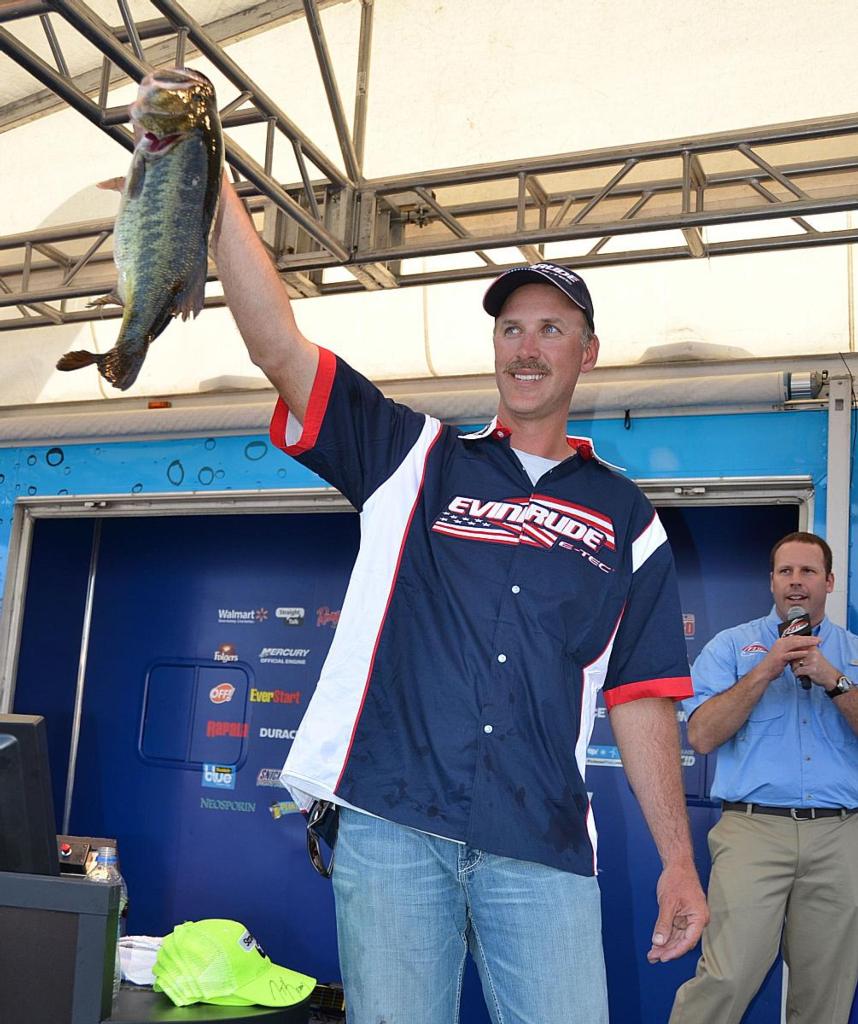 The 2013 Walmart FLW Tour qualifying season is one third complete and thus far the spotlight is squarely on Keystone Light pro Brent Ehrler, and rightfully so after finishing second and first at Okeechobee and Smith. In the process, the “Meter Man” has racked up a 14-point lead in the Angler of the Year race. But don’t hand Ehrler his first AOY trophy just yet, as another well-known pro is hunting his first AOY title. And this pro has the season-ending tournament take place right in his backyard.

Andy Morgan currently sits third behind Ehrler and Okeechobee champion Drew Benton with 385 points. While Morgan was looking forward to Smith from the start, he was more than happy to escape Okeechobee with a top-20 finish, especially considering he weighed only 12 pounds the first day.

“The ones that are always a concern to me are the first and the last,” Morgan said of the points race. “The first, you don’t have any momentum coming in and it’s Florida. Florida is always a toss up. You pick a section of the lake and you’re pretty much committed to it. And if it’s a slugfest, you could catch the snot out of them and still be sitting in 60th place. Traditionally, I’ve either really caught them in Florida or I’m at the bottom of the heap. 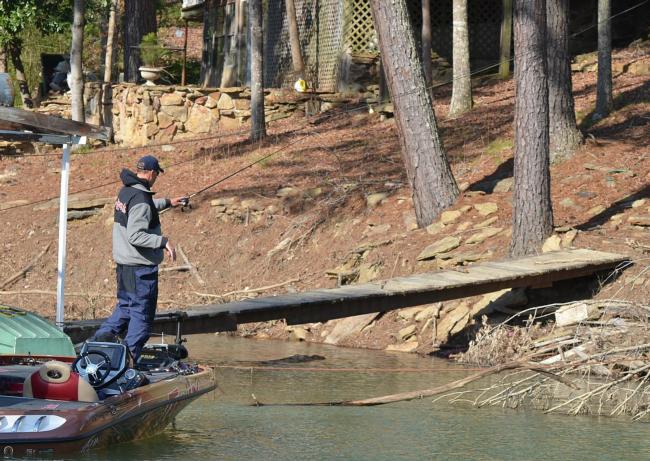 “Smith is a battleground; I was eager from the giddy. Everyone spreads out and you can go to work. In those tough-bite tournaments, you can get a little bit of something going and ride it a long ways. And that’s exactly what I did.”

The third qualifier of the season is the annual visit to Arkansas’ Beaver Lake, a highland impoundment like Smith.

“It’s the same type of fishery, but I will admit I didn’t use to like Beaver. Then I learned never to go under that Highway 12 Bridge. That was a Kenny Rogers know when to hold `em, know when to fold `em deal.”

Morgan likes to hide it, but the fact remains he’s become a much better finesse fisherman in the last five years. While he still mixes in some power-fishing on these highland impoundments, spinning rods are always on the deck, even if they are just part of the equation.

“Us veterans, we have so many years of experience on Beaver. We can kind of see stuff before it happens and there’s no doubt that helps.”

Morgan is comfortable with Eufaula, having fared well over the years. He’s never seen Grand and hasn’t heard much about it, but he likes the fact that it’s big – allowing him to run around. But the game changer is the sixth and final qualifier of the year on Chickamauga. Not because it’s his home lake, but because it’s simply not St. Clair, Erie or Champlain.

“I’ve said it a thousand times, I ain’t got a thing for smallmouths,” Morgan explained. “They’re the most unpredictable things in the lake. It wouldn’t bother me a bit if they all floated to the surface and died. I don’t trust a smallmouth; I don’t. They’re there one minute and gone the next. And at Champlain, you have to roll the dice and drive to Ticonderoga to fish for largemouths. I’m glad to not be going back. It’s a long ways from home and that drive is killer.”

Morgan said late June isn’t the ideal time to be visiting Chickamauga for him personally, but he’ll gladly take it over a brown-bass fishery. 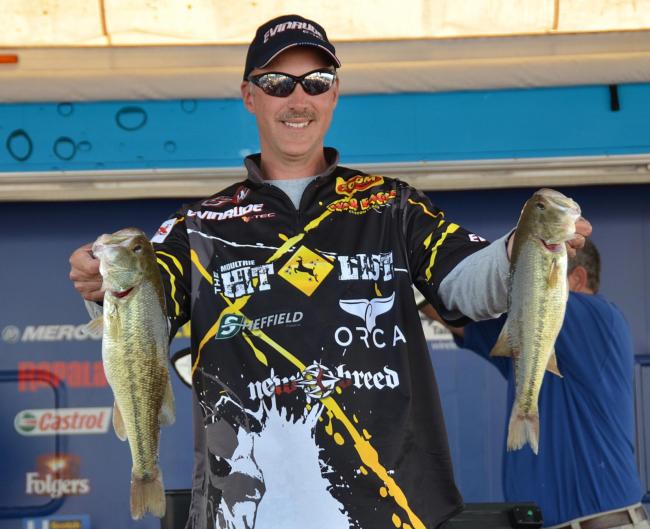 “June is going to be very, very confining. That tournament more than likely will be won on one particular spot. There is some shallow grass starting to come up, but the fish don’t use it like they do at say Guntersville. As we creep into summer, it’s like a new lake every year. Right now the weights are just unreal, but Chickamauga is in a world of change and that’s exciting.”

Overall, Morgan has learned not to look at the AOY race through a long-term lens.

“Ever since that big debacle in 2008 where Dudley won after all of us choked (Morgan, Browne, Thrift, Clausen), I’ve learned to put AOY in the back of my mind. Regardless of where we’re at, I fish to make the cut at every event. After that, let the chips fall where they may.”

The always humble Morgan admitted he’s pleased with his 2013 start.

“It’s a good one, no doubt about it. But I will tell you right now, I think Brent Ehrler is the best bass fisherman in the world, he’s a damn fish hawk. He’s going to catch `em at every tournament. He ups the level of play for all of us, there’s no doubt about it.”

That may be true, but the road to Angler of the Year ends in Morgan’s Tennessee hills.