For Cup co-angler qualifier Todd Lee, excelling in the back of the boat is more an expectation than an exception 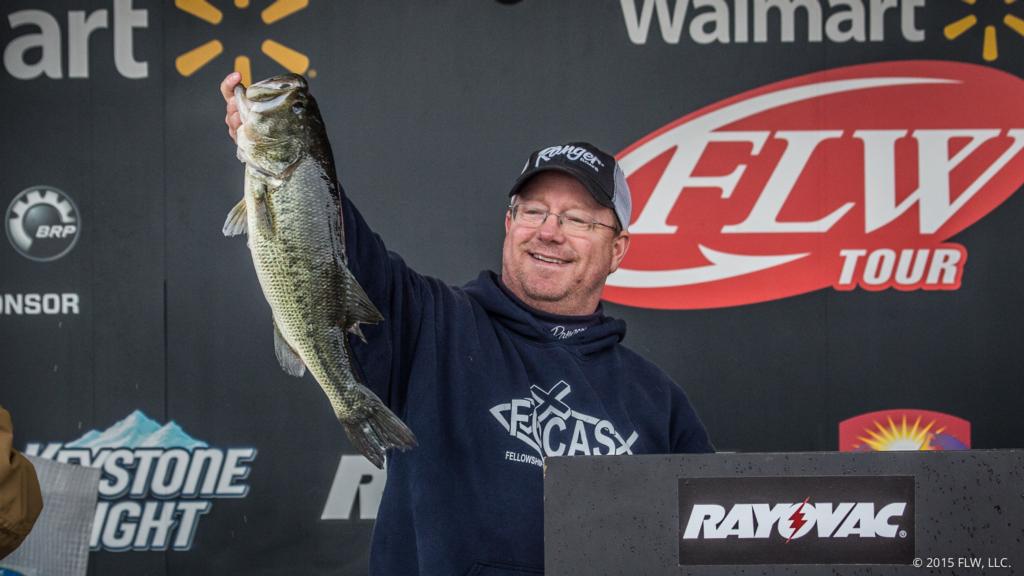 Winning is goal No. 1 for any tournament angler, but attaining consistency is probably a close second on his to-do list. Without consistency, it’s difficult for a fisherman to put himself into a position to win on a regular basis. He might come in first occasionally because all the stars align on a particular lake in a certain season when he’s in his groove, but he knows that, ultimately, consistency or lack of it is going to make or break his career.

Staying at or near the top in any given year can be a daunting task for a pro. As tough as that is, imagine maintaining a high level of excellence over the course of two decades as a co-angler whose access to good fishing water is always controlled by the guy in the front of the boat. That he’s excelled as a co-angler for that long as a contender on the Walmart FLW Tour makes Todd Lee’s career all the more remarkable.

Qualifying for the Cup in any year can be a roller-coaster ride for a co-angler, even for Lee. This year was another hair-raiser. He began the season with a 37th-place showing at Lake Toho, then scored back-to-back second-place finishes at Lewis Smith Lake and Beaver Lake that put him in the lead for Co-angler of the Year.

His season redlined after that, however, as the Alabama native came in 92nd at Lake Eufaula and 113th at Lake Chickamauga. He dropped to 24th place in the standings and needed a good tournament on the Potomac to assure himself a place in the Cup. He got it; in Maryland, Lee put together two solid days and wound up in 10th place with 20 pounds, 12 ounces. He finished in 15th overall in the co-angler rankings.

“It would have looked pretty bad if the guy who had been leading the standings after three tournaments didn’t even get in the championship,” Lee jokes. “I guess the biggest thing for me at the Potomac was getting paired with Bryan Schmitt, who’s quite a tidewater fisherman. Beyond that, though, I could tell he’s just an excellent fisherman with a bright future. That’s a big part of my success – being paired with so many great fishermen over the years, and learning so much from them.”

Lee’s customary humility aside, his performance on the Potomac followed a familiar storyline and demonstrated another component of consistency that he has excelled at: adaptability. If the pro he’s fishing with puts him around bass, Lee will figure out a way to catch them.

In the last regular-season tournament of the 2015 campaign, Schmitt and Lee fished broad grass flats, with the pro casting one way and Lee the other. That’s not a favorite Lee pattern, however. He’s more comfortable fishing deep, open water with a finesse approach.

“Rule No. 1 for me is that I don’t fish for the same fish as my pro is fishing for,” says Lee, who works at the family’s grocery in Jasper, Ala. His grandfather opened Son’s Super Market in 1936. “Sometimes I don’t have a choice – if he’s fishing shallow, for instance – but I just try to do something more subtle than what he’s doing. If he’s casting a deep-diving crankbait, I’m probably throwing a drop-shot or wacky worm. On a tremendous fishery like Kentucky Lake, you can power-fish more, but basically I stick with wacky rigs and drop-shots. I don’t care where you fish, if you can put five keepers in the livewell as a co-angler, you’ve done your job. So I fish the way experience has taught me will give me my best shot at getting that limit.”

In other words, another part of Lee’s secret to success is being able to do a few things well, rather than trying to be adept at all things. His fishing philosophy as a co-angler is based on the notion that he’s not competing against the pro, and chances are his approach on any given day will be completely different from his partner.

“The best thing that could happen is that my pro has a really nice sack, and I catch a nice sack that’s a little smaller than his,” notes Lee. “I stay out of his way, follow the rules and try to encourage him. That makes for a good day right there.”

Lee hopes to experience two such days at Lake Ouachita in the Forrest Wood Cup, which is hosted by Visit Hot Springs and the Arkansas Department of Parks and Tourism, but that depends in large part on the luck of the draw. Lee, married and the father of three daughters and a son, ages 6 to 18, grew up fishing Lewis Smith Lake in north Alabama with his father, Jimmy, and expects Ouachita to fish similarly.

“I’ve talked to some friends over that way, and I like what they’ve been saying about the lake,” says Lee. “I’m more comfortable fishing deep, open water. Certainly, there are more fish out deep in those clear lakes, and they’re not as spooky and scattered as they can be in shallow. I feel pretty good about it. Of course, I just feel good about qualifying for the Cup. It’s the pinnacle for a bass fisherman – pro or co-angler. You feel special for a week.”

In Lee’s case, he might feel special longer than that if he’s paired with a couple of pros who have fish staked out offshore.